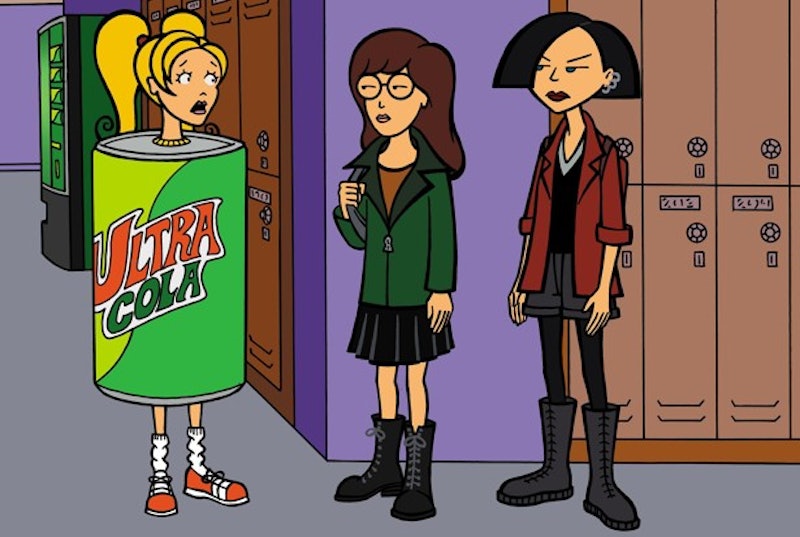 The most exciting part about celebrating Halloween as a kid came down to one thing, and one thing only: Choosing your costume. There were some Halloween costumes every kid wore in the '90s at least once — and while it's true that you may have ended up wearing the some costume as some other kid in your neighborhood at some point, it was all to the good. How come? Because '90s media was pretty darn awesome, and seeing someone else who shared your love of Donatello was a bonding experience unlike any other.

After all, who didn't want to emulate their favorite movie or TV show character on the one day of the year it's acceptable to dress as someone totally unlike yourself? If we're being honest with ourselves, I think this is half the reason we continue to love Halloween as adults — it's socially acceptable for us to pretend to be someone completely different, which means all bets are off. Of course, the free candy probably helps; either way, though, who doesn't want to return to feeling like a kid again, even just for one night of the year?

Just in time for us to choose our Halloween costumes for this year's party, let's reignite some '90s nostalgia and reminisce on our favorite costumes from years past:

If you grew up in the '90s, you definitely were a Power Ranger for at least one Halloween. This one is especially likely if you had siblings and your parents wanted you all to coordinate. (The love of group Halloween costumes starts young.)

I can't even begin to count how many years I was a variation of a small animal for Halloween: I was a cat, a mouse, a rabbit, and even attempted dressing as a hamster over the years. (The hamster was unsuccessful, sadly, even if it was timely due to the inexplicable popularity of "Hamster Dance.")

If you grew up reading comic books or watching movies, I'm willing to bet you dressed as your favorite super hero at least once. Superman? Batman? Wonder Woman? The list was basically endless, and pretty easy to recreate at home with face paint and some creativity, too.

Ah, '90s bands. Just in time for you to go trick or treating with your friends, '90s pop bands like the Spice Girls made a huge splash. And we all know Sporty Spice had the easiest costume to make.

Who didn't grow up watching their favorite Disney movies on VHS? Whether you had a favorite Disney prince, princess, sidekick, or villain, these hits of our childhood basically dominated '90s Halloween costumes.

We all remember the proverbial queen bee of our friend group wanting to be Cher Herowitz of the '90s cult classic Clueless. Though if she already had a plaid skirt and a white collarless shirt from Fred Segal, who could really argue with that?

Similarly to our affection for the Power Rangers, pretty much everybody in the '90s loved the Ninja Turtles. These were also super family- and group-friendly costumes, if a little challenging to make at home.

If you grew up in the '90s, it's very likely you read the American Girl book series or collected the dolls (or both). It's also very likely that you spent at least one Halloween in elaborate hair and makeup carrying around your favorite American Girl doll.

9. The Cast Of The Craft

Ah, yes. What could be more '90s than a bunch of teenage girls who need to find another witch to complete their girl-gang? If you were in middle or high school in the '90s, it's basically a sure bet that you and your friends went as the cast of The Craft to at least one Halloween party.

If you wore glasses in the '90s and owned at least one green jacket, I guarantee you went as Daria for as many Halloweens as you could muster. If you had a flair for sarcasm and a crippling sense of ennui, even better. And Jane? Jane was literally the coolest. Who didn't want to be her? Bonus points if you and your BFF dressed as Daria and Jane together.