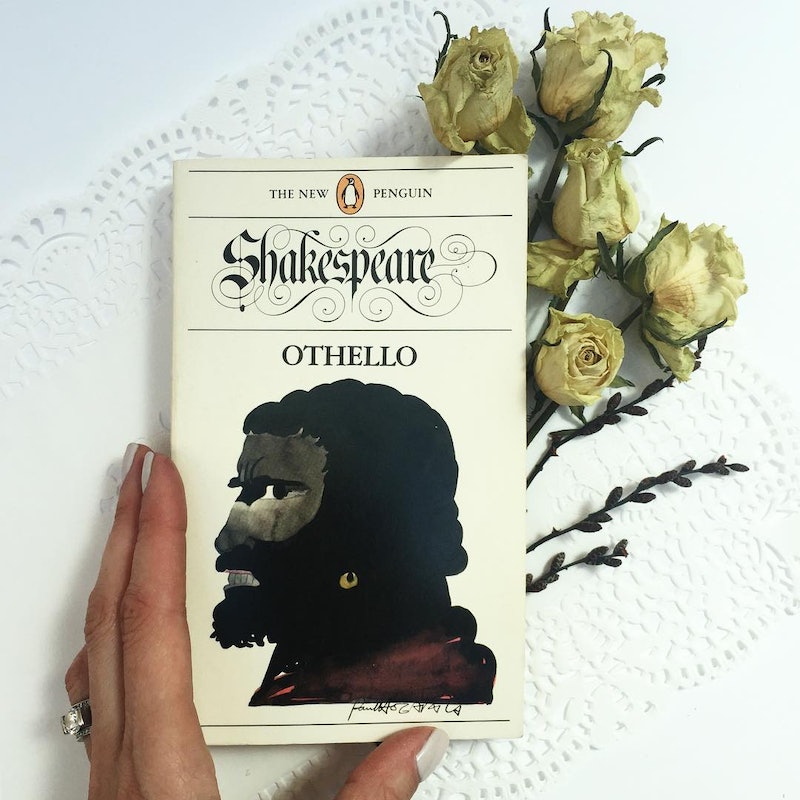 "If something ain't broke, don't fix it." A saying that can be applied to a number of circumstances, the classic advice doesn't hold true when it comes to Shakespeare retellings and adaptations. Writers new and seasoned, adult and YA, continue to try and work and rework his originals in new and exciting ways,

William Shakespeare is more than a celebrated author, more than a literary legend — he's a writing god. His work isn't just in the canon, it is the canon. His dramas, comedies, tragedies, and poetry changed the way writers approached the craft and the way people consumed it, and he continues to shape the way people read and write today. There's a reason why every high schooler in America was forced to read his plays and memorize his poems, a reason why every English and comparative literature student had to take an entire class dedicated to his body of work. Shakespeare may have written his last words over 400 years ago, but his work continue to lives on in modern literature.

Whether you love Romeo and Juliet so much you can recite lines on cue or you've hated the Bard since you were forced to read him in high school, these 8 new Shakespeare tellings from the last three years will change the way you read the classic stories.

Margaret Atwood has tackled science fiction, dystopian fiction, historical fiction, graphic novels, and now, she tackles Shakespeare adaptations. In Hag-Seed (Oct. 11, Hogarth), Atwood reimagines The Tempest through the experiences of Felix, a washed up artistic director who, after being pushed out of his prestigious position at the Makeshiweg Theatre Festival, finds himself directing a version of Shakespeare's play with prisoners of Burgess Correctional Institution as his cast and crew. A funny and heartwarming tale of revenge and redemption, this latest release in the Hogarth Shakespeare project, whose aim it is to retell Shakespeare's most beloved works through the works of bestselling authors like Anne Tyler and Gillian Flynn, Hag-Seed is a remarkable contribution to the canon.

Loosely based on The Winter's Tale , E.K. Johnston's latest young adult novel is a beautiful, gut-wrenching tale of tragedy and survival in the spirit of Shakespeare. Hermione Winter is determined to make her last year of high school, and her last season on the cheerleading squad, the best one yet. But when she is drugged and raped at a party, she enters her senior year as a pregnant pariah rather than the popular girl she's always been. No matter what her classmates whisper behind her back (or say right to her face), though, Hermione won't let the circumstances of her tragedy define her. Bold and inspiring, Exit, Pursued by a Bear is an important book with an unforgettable character and plenty of references to keep Shakespeare fans satisfied.

3. Shylock Is My Name by Howard Jacobson

A thought provoking reimagining of The Merchant of Venice , Howard Jacobson's Hogarth Shakespeare contribution explores one of the Bard's most intriguing characters: Shylock. In Shylock Is My Name, art dealer Simon Strulovitch takes on the role of the Jewish father from Shakespeare's tale, experiencing the same conflicts over identity, family, and faith in a new yet not so different way. Smart and biting, Jacobson has used Shakespeare's story to spin a fresh tale of prejudice and hate, family and love, justice and revenge. Shylock Is My Name will change the way you read the original.

In this brilliant reimagining of Shakespeare's classic tragedy Hamlet, the role of the doomed Danish prince is not played by a young man but rather a fetus. Told from the perspective of the baby in utero, Ian McEwan's Nutshell follows the murderous misadventures of Trudy, the baby's mother, and Claud, her lover and brother-in-law, as they plot to take everything from John, the baby's father. A refreshing and altogether unique retelling, Nutshell is beautiful and rich in both language and story, a true pleasure for Shakespeare-lovers and novices alike.

5. The Gap of Time by Jeanette Winterson

Another contribution to the Hogarth Shakespeare project, The Gap of Time is Jeanette Winterson's retelling of The Winter's Tale, one of the Bard's later but most beloved plays. Set in two cities — London during the 2018 financial crisis and the fictional American city of Bohemia, which has recently been torn apart from a storm — The Gap of Time fills in the blanks left in Shakespeare's own story while perfectly capturing its loss, its grief, and its love. Winterson's writing would make the play's original author proud.

In Cat Winters's young adult reimagination of Hamlet, Hanalee Denney takes on the role of the tragic prince — or, in this case, princess. After her father, a black man, is murdered, her mother, a white woman, marries the doctor that treated him the night of his death. Hanalee finds herself questioning everything she thought she knew when her dad's killer, Joe, who is released from prison and claiming innocence. The unlikely pair team up to find out the truth, and as if trying to get to the bottom of what really happened that night wasn't challenging (and dangerous) enough, they both face discrimination, prejudice, and hate — Hanalee for the color of her skin and Joe for his sexuality. A historical ghost story inspired by both Shakespeare and our country's own dark past, The Steep and Thorny Way eloquently tackles issues of race, sexuality, and the ugly truth of our nation's history.

Be prepared to call 10 Things I Hate About You your second favorite adaptation of The Taming of the Shrew, because Anne Tyler's version — which is another contribution to Hogarth Shakespeare — will become number one. Vinegar Girl tells the story of Kate Battista, an unorthodox preschool teacher, the daughter of an eccentric scientist father, sister of a pretty but vain sister, and struggling woman trapped taking care of two people incapable of caring for themselves. But when Kate's father is in jeopardy of losing his assistant, and with him the doctor's chance at a breakthrough, he asks her to do more than she's ever done before. Will she resist on principle, or give into the promise of a different future? Filled with lines that will literally make you laugh-out-loud, Vinegar Girl is a witty retelling by an outstanding author you don't want to miss.

8. As I Descended by Robin Talley

In this LBGT YA retelling of Macbeth, girlfriends Maria and Lily won't let anything get in the way of being together, especially not Delilah Dufrey, the school's queen bee and the couple's ultimate rival. So determined to take down their enemy, the girls turn to dark powers for help, murder and madness aren't too far behind. A spooky and spine-tingling story of revenge, As I Descended is Shakespeare like you've never seen it.