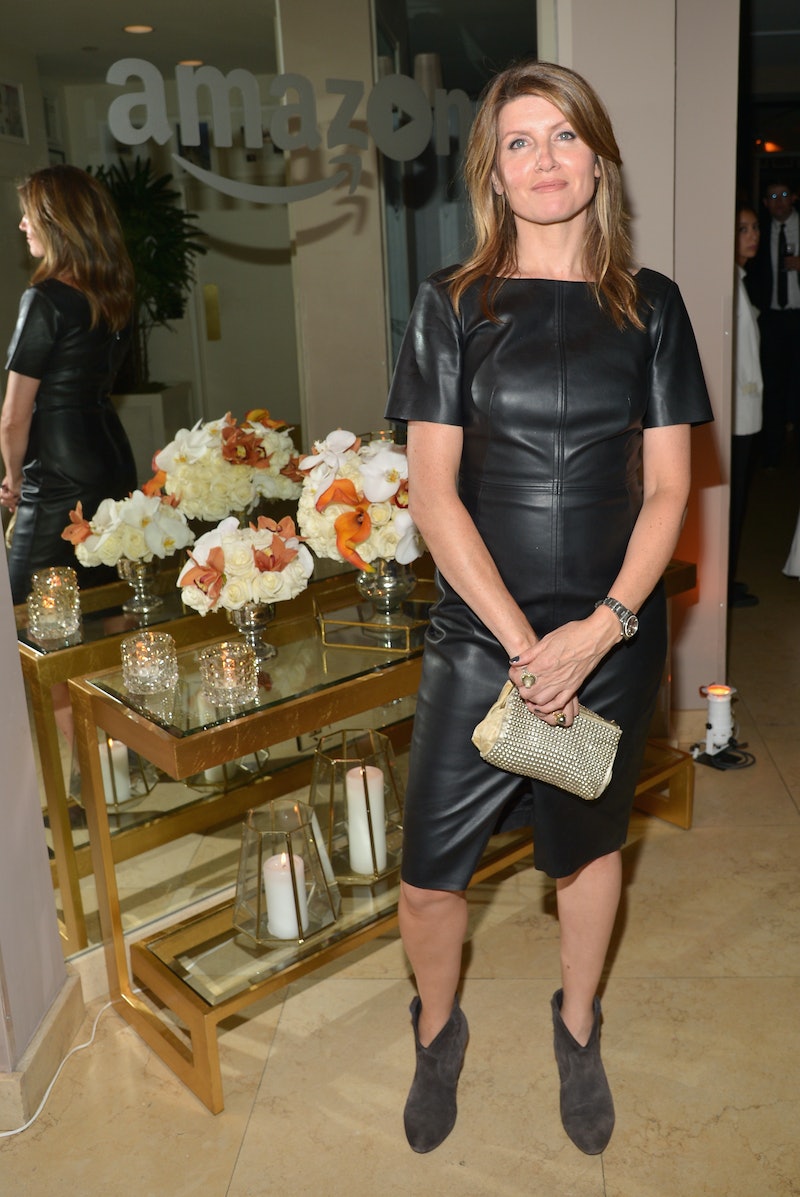 From Jill Soloway's Emmy win for Transparent and her Amazon pilot I Love Dick starring Kathryn Hahn being ordered to series, to the second season of Crazy Ex-Girlfriend and Sarah Jessica Parker's return to HBO with Divorce, there are a lot of exciting things happening right now for women on television. While gender imbalance remains a huge issue in the movie industry, perhaps some work is being done to address that gap on the small screen. In a new interview, Sharon Horgan, the creator of Divorce and Catastrophe, notes that 2016 is a great year for women in TV comedy, and I'm just as excited about the shift as she is.

Speaking to Radio Times, Horgan said, "Most of the TV I'm watching is either created by, starring or directed by women." It's an important observation, especially since, according to research by the BBC in 2014, "Men outnumber women 2:1 on TV and programming continues to reinforce gender stereotypes." It's worrying that there's such an ongoing imbalance in the entertainment industry, particularly when it comes to female representation. That is why Horgan's comments are so timely and exciting to hear.

She has had a brilliant year so far, especially since her HBO show Divorce began on Oct. 9, and Catastrophe Season 3 has begun filming. In her interview, Horgan said, "At all the Emmy parties I went to, the people I was honing in on to tell I appreciated their work were ladies — Rachel Bloom, Tina Fey, Jill Soloway. They were everywhere. So certainly in the comedy world, it's looking pretty sweet."

As she attests, women are making some of the most interesting and boundary-pushing work on television right now, and it's important that they're recognized for it. Crazy Ex-Girlfriend may have come out in 2015, but 2016 has seen the show prove itself by winning awards, such as when the show's lead and creator Bloom won a Golden Globe. Since then, the show has garnered positive reviews, a second season renewal, and it feels as though it might actually have a promising future, despite poor early viewing figures.

2016 is also exciting for women in comedy as there are a slew of new women-led shows airing. Even though it's created by a man, Kristen Bell's new series The Good Place is a welcome addition to our schedules, as the actress really gets to showcase her comedic prowess in the lead role. Kaitlin Olson from It's Always Sunny In Philadelphia also stars in a new sitcom called The Mick , further proof that women in comedy are being taken more seriously and given the chance to headline shows.

The fall TV Season features several women-centric shows, and not just in the comedy category. Queen Sugar on OWN is particularly exciting, because every episode of the show's first season is directed by a woman. The series, about two sisters who happen to inherit a sugarcane farm in Louisiana with their brother, is a prime example of the gender imbalance been readdressed. With women making and starring in the show, it's evidence that a shift is occurring, and that women are being allowed to create and tell their own stories more and more.

The reason these shows are so groundbreaking is because they're unabashedly focusing on women's stories. Often relegated to romantic comedies, it's refreshing to see women's lives explored in more detail, and stereotypes shattered. Horgan's Divorce, for example, looks completely brutal, focusing on a woman's long and drawn out separation from her husband, and her writing was good enough to bring Sarah Jessica Parker back to TV. The fact that women are involved in every step of the TV process — from creation, to writing, to directing, to performing — means that we're more likely to get honest depictions of female characters, in some cases for the first time ever.

Still, equality is still a long way away. As Arts Professional wrote in June 2016, "For the top 250 grossing films worldwide last year, women comprised just 19 percent of all producers, executive producers, directors, writers, editors, and cinematographers. The picture regarding crew is even bleaker." Similarly, in Oct. 16, Polygon reported on the severe lack of female writers and show runners at Adult Swim, alongside some pretty shocking quotes from the channel's Creative Director, Mike Lazzo. He said, "When you put women in the writers room, you get conflict, not comedy."

Until equality is forged across all areas of the creative industries, there's still work to be done. Which is why Horgan's comments are so important, because the onscreen gender imbalance desperately needs addressing. With so many women coming to the forefront of TV comedy, it feels as though the shift might finally be happening, even if there's still work to be done.