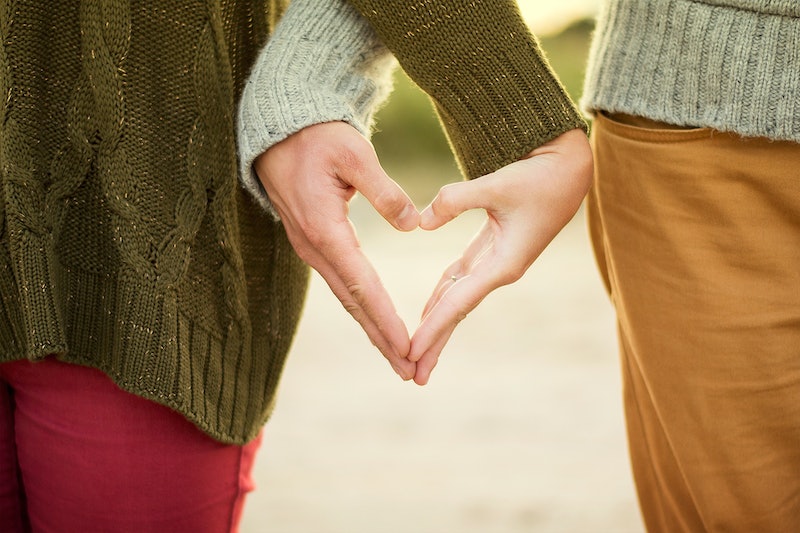 Part of being a feminist is furthering gender equality in your own relationships, and toward that end, there are certain things feminists don't say to their partners. When you treat your partner as if they are lesser because of their gender, irrational because they discuss feminism, or wrong because they're not following society's sexist rules, you're hurting your individual connection and the larger cause of gender equality. Especially when you're a man and your partner is a woman or a gender minority, it's important to be conscious of your privilege in the relationship and make space for your partner to speak their mind, because they probably don't have that space everywhere. That said, these issues can show up with anyone.

These statements, of course, are things feminists don't typically say in general. But they especially have the potential to come up when you're very close with somebody, and they cannot be part of a healthy relationship. Since feminism is a movement of respect, being anti-feminist in a relationship is really just disrespecting your partner. Being a feminist partner isn't about upholding abstract political ideals; it's about treating each other with kindness. Feminist ideals like consent, sympathy toward victims, and equality are necessary for any relationship to work.

Here are a few things a feminist would not and should not say to their partner.

It may be hard to see why feminists are disproportionately talking about issues faced by women if you're not a woman yourself and don't see firsthand why it's so necessary. But the truth is that there doesn't need to be an International Men's Day, a group for men in the tech industry, or anything else to elevate men's status in society because they are already elevated. There is a place to talk about men's issues, but not at the expense of women's issues or from the perspective that men are an oppressed group.

Accusing someone of "playing the woman card," "making it about race," or "being the PC police" communicates that what they have to say is not valuable and should be dismissed. It conveys an enormous amount of disrespect to imply that someone's well-thought-out point is simply an attempt at gaining personal footing or squeezing an experience into a preexisting narrative. The result is that someone feels like if they detect sexism, they have to stay silent because their opinion is not to be trusted. No one should ever feel the need to stay silent about problems with their partner.

A feminist partner understands that consent, sexual or otherwise, can always be revoked. Whether it's about something new you try in bed or just a new bar or restaurant you check out and then get bored with, you can always change your mind. When people feel they have to live up to their "yes" forever, they'll say "no" to things they're actually curious about. Letting people change their minds gives them the chance to try new things.

4. "Maybe That Bad Thing Wouldn't Have Happened If You'd Taken This Precaution"

Feminism holds no place for victim-blaming. It's a myth that what you wear or how you act will lead you to be sexually assaulted. And even if you think some other behavior could've led someone to be victimized in that way or any other way, that's not a sympathetic thing to bring up. The thought has probably already occurred to your partner. Victim blaming is victim blaming whether it regards a sexual assault, a robbery, bullying, or anything else. The onus should always be on victimizers to stop victimizing, not on victims to stop being victimized.

A respectful feminist person would never invalidate their partner's feelings, period (no pun intended), and they definitely wouldn't invalidate their feelings based on the fact that they have a uterus. People with periods should be trusted to communicate their feelings like adults, no matter what time of month, and they should be taken just as seriously as someone without a period.

Surprisingly, this attitude can show up in same-sex and opposite-sex relationships. When someone says you're "the man" or "the woman" in a relationship — or something indirect but still gendered, like "you wear the pants in the relationship" — they're subscribing to a gendered view of a relationship as something that consists of a masculine role and a feminine one, even if they're reversing the genders. Same goes if, for example, a man tells a woman, "Wow, you're stronger than me." Even if this is a compliment, it implies that he expected the opposite.

It doesn't matter if you're trying to say something that seems feminist, like that you like your girlfriend better without makeup, or something overtly sexist, like that she should shave her legs. Women's choices aren't always about making themselves desirable sexual objects. A feminist partner respects their partner's autonomy, and that means letting them look however they want.