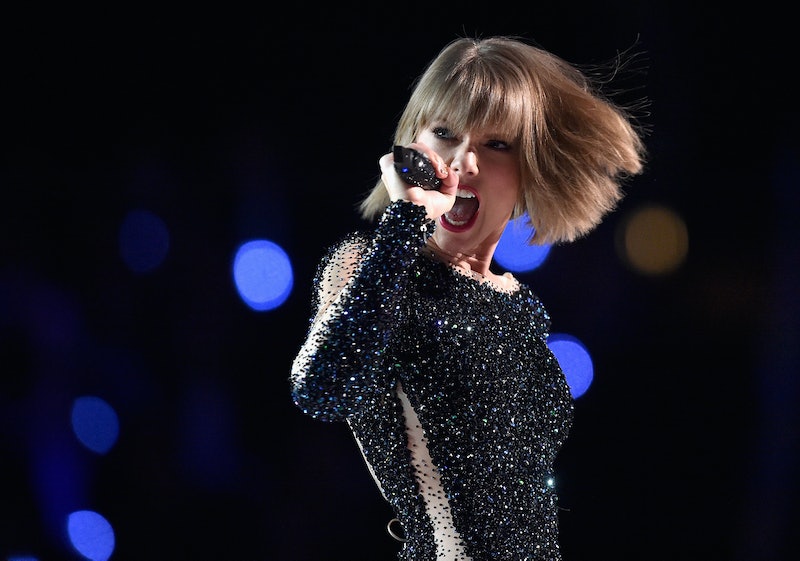 Listen Taylor, I'm real happy for you having your own life and doing what you want, and I'mma let you finish, but you're one of the best touring performers of all time. Thus, I know I'm not the only Swiftie who is dying for an answer to the question of when Swift will tour again. I was trying to be a nice, patient lady and let her do things on her own time. However, her latest performance in Austin on Oct. 22 reminded me that it's been almost a year since she's put on a concert. That's just too long to wait for the kind of fire that our girl consistently puts out.

Swift is actually on a very tight, very reliable schedule when it comes to her music. She puts out an album every two years, and begins a tour every two years. So, if she follows the same pattern, Swift should begin her next tour sometime in 2017. Not too long to wait, right? Except. The tour aspect isn't the only part of this that we need to take into account; in order for Swift to have enough new material to justify another jaunt around the globe, she'll need to put out... another album. Oh right, that.

We all know Swift is one of the hardest-working people in show business, so I'd imagine that she sets her schedule up this way for a reason, and that there isn't a ton of room for fluctuation. Unless she's slowing down her output — god god, please no — I'm guessing we'll still see an album in the next couple months, and a tour promoting said album in 2017. At least, that's what I'm sending all my brain energy toward.

And it could still happen. Sure, we haven't heard anything about a new album from Swift herself. But my hope is that she's planning on dropping something big and secret all at once, a la Beyoncé, in the next couple months. That would put the album release date cleanly in 2016, with a tour beginning in 2017, allowing Swift to keep both of her streaks intact. Keep your fingers crossed, guys.