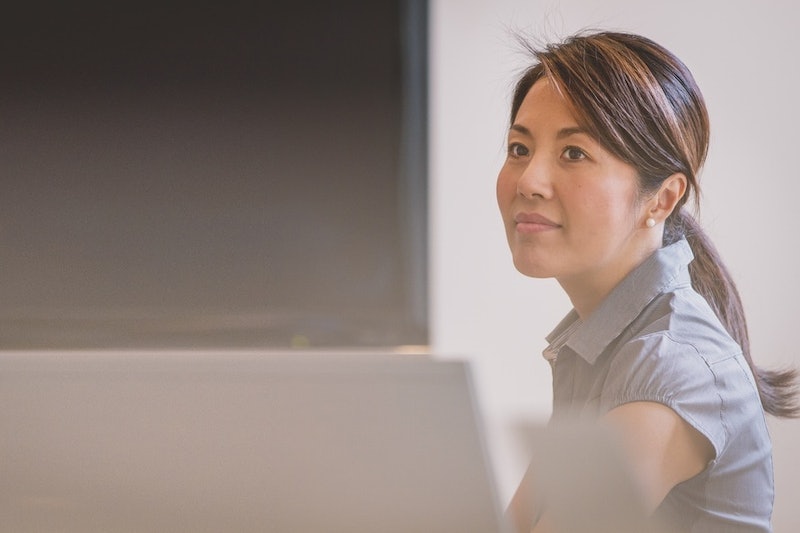 If you've ever been laid off or fired, then you likely picked up on some of the subtle signs you were about to lose your job. Or, maybe you didn't. In hindsight it certainly seems like it should have been obvious — your boss was standoffish, your coworkers were being overly sweet. But it all went right over your head in the weeks leading up to that fateful day.

Of course, all the signs come rushing into focus once you've been given the axe. It sucks (a lot) and can leave you wondering if things might have been different had you caught on. Could you have taken steps to prevent it?

Well, it depends on the reason you were let go. Sometimes layoffs happen, and there's nothing you can do. But that doesn't mean you have to sit around and give up. If you start to get the sense your job is in jeopardy, take some action ASAP.

"While it can be difficult to feel motivated when your job is in danger, this is the time when you truly need to do your best work," says Amanda Augustine, TopResume’s career advice expert, in an email to Bustle. "If you’ve been putting off certain tasks, bite the bullet and get them done. Be a model employee. Don’t give management a reason to hand you your pink slip."

You should also have a backup plan in place, should your hard work not pay off. Get on LinkedIn and update your resume. Start networking and asking friends if they have open positions in their company. Basically, do what you can to plan ahead so you aren't left high and dry. Make sense? Then read on for some signs it may be time to do just that.

1. Someone Else Is Getting All Your Work

If you're usually busy beyond measure, take note if there's a sudden dip in your workload. "If you find that tasks that were formerly assigned to you have been reassigned to another employee, it could be a sign that management plans to lay you off," says certified career coach Cheryl E. Palmer, M.Ed., CECC, CPRW, in an email to Bustle. (Insert grimace face emoji.)

2. Your Coworkers Are Avoiding You

You used to gather with coworkers in the break room to talk and commiserate over coffee. But now everyone is MIA, and the mood at work feels a bit... strange. "If you get the feeling that your colleagues are keeping their distance, they may know something you don’t," says Augustine.

3. You're No Longer Copied On Emails

Is your inbox looking a bit barren? It could be because your boss is no longer copying you on emails, career counselor Bruce A. Hurwitz, Ph.D. tells me. While it's not a guaranteed sign that you'll be fired, a lack of emails does fall under the same umbrella as the aforementioned shrinking workload.

4. There Were Changes To The Budget

Have you heard murmurings about budget problems? Then it may be time to brace yourself. "A lack of revenue can soon translate into a lack of a job for you," Palmer says. "Pay attention to the company’s bottom line to find out if [they are] likely to implement layoffs soon." If so, take things into your own hands and start sending out those job apps.

5. Your Boss Is Constantly Checking Up On You

If you're usually given a fair amount of autonomy, it can come as quite the shock when your boss begins peering over your shoulder 24/7. For whatever reason, this could be a sign she no longer trusts you. And that, as consultant Jacqueline Smith tells me, could mean you'll be fired in the near future.

6. Or, She Suddenly Doesn't Care About You

On the flip side is the boss who suddenly forgets you exist, Smith tells me. If you go days without him even so much as looking in your direction, then you have every right to feel a bit worried.

7. You're Getting A Lot Of Negative Feedback (Via Email)

If your boss is unhappy with your job performance, it's likely she'll start to chat about the issue via email. That's because "HR encourages managers to document an employee’s poor performance to support their case for termination," Augustine says. Do yourself a favor, and save these emails for yourself, too.

8. Your Twin Has Been Hired

If you walk into work to find someone has been hired into your exact position, go ahead and be alarmed. Oftentimes companies will ask you to train your own replacement in an effort to retain as much transitional knowledge as possible, career coach Bianca Jackson tells me. It's so rude, but it does happen.

Sometimes it's great to get a new boss. While your old one made life a bit stale, this new person promises to get your company back on track — all while being way nicer than old what's his name. While it can be fun, do keep in mind that new management can affect your standing as an employee. "It’s not uncommon for a new manager to come in and make changes to their team," Augustine says. "If your new manager is spending a lot time behind closed doors with HR, consider it a red flag."

10. Your Hours Are Slowly Decreasing

While it may come as a welcome surprise for a minute or two, it's not exactly the best sign if your work hours are slowly decreasing. "This is a subtle phasing out process used by employers to find a new resource schedule to take over your shifts," Jackson says. In other words, it's not good.

11. You're Being Passed Over For Some Major Projects

If you used to be the go-to gal for meetings, take note if you're now being overlooked. "If you’ve been passed over for a few assignments that seemed right up your alley, it’s time to speak with your boss and voice your concerns," Augustine says. "If nothing changes after that conversation, it’s in your best interest to explore other opportunities."

And really, that's all you can do. Apart speaking with your boss about any concerns — and being the best employee possible — it's often best to take your future into your own hands. Keep an eye out for these subtle signs, and don't let yourself be blindsided.