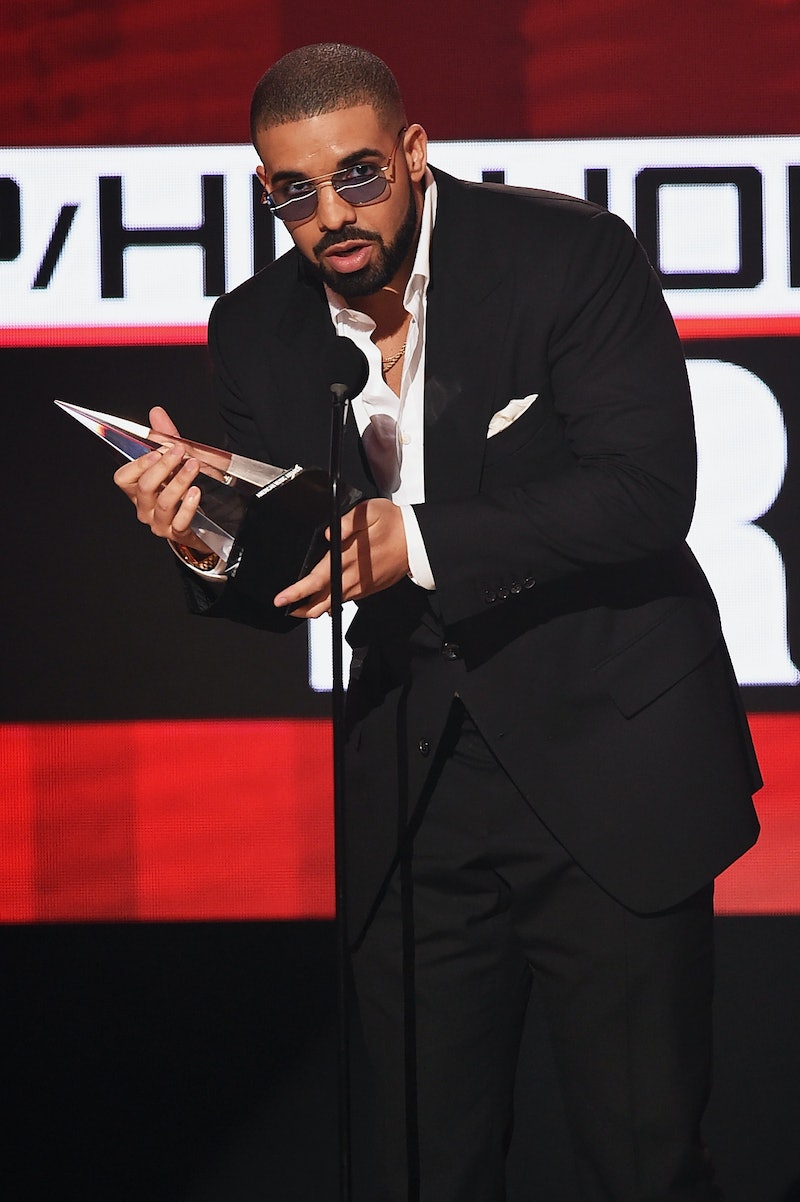 For fans caught up in all of the Drake/Taylor Swift dating rumors, Champagne Papi himself just sprayed gasoline all over that fire. After a killer night at the 2016 AMAs (during which the rapper took home four out of his record-breaking 13 nominations), he Instagrammed his response to Swift's Apple Music ad, a hilarious vid of himself working out to "Bad Blood." But that's not even the most newsworthy moment of the 'gram: In addition to captioning the vid with hashtags like "#SwiftGains," and "#NoMercy," most significantly of all, Drake casually dropped the line, "#Draylor." DRAYLOR?! Here he is creating ship names for himself and T. Swift — and publicly broadcasting them on his social media. What does it mean? (At the time the dating rumors came out, Bustle reached out to Drake and Swift's reps for comment, but did not receive a response.)

TBH, if there was actually something romantic going on between Drake and Swift, it doesn't seem likely that they'd be flaunting it all over the internet. (Based on her whirlwind, worldwide romance with Tom Hiddleston, Swift's relationship clues are much more calculated than that, and despite Drake's very obvious love for Rihanna, even he doesn't go around captioning photos "#Aubrih.") In fact, it seems much more likely that this is Drizzy's way of hyping up that maybe-collab between him and T. Swift.

Before this, T. Swift attended the rapper's 30th birthday party (cue rumors), and Drake quickly Instagrammed a photo of the two from the bash (cue Aubrih shippers losing it). Of course, the idea of "#Draylor" certainly kicked things up a notch — but the not-so-subtle hint seems far too obvious. Instead, Drake is doing a good job of drumming up publicity about this maybe-collaboration: It certainly has people talking. And in that case? I'm here for it. Long live #Draylor.