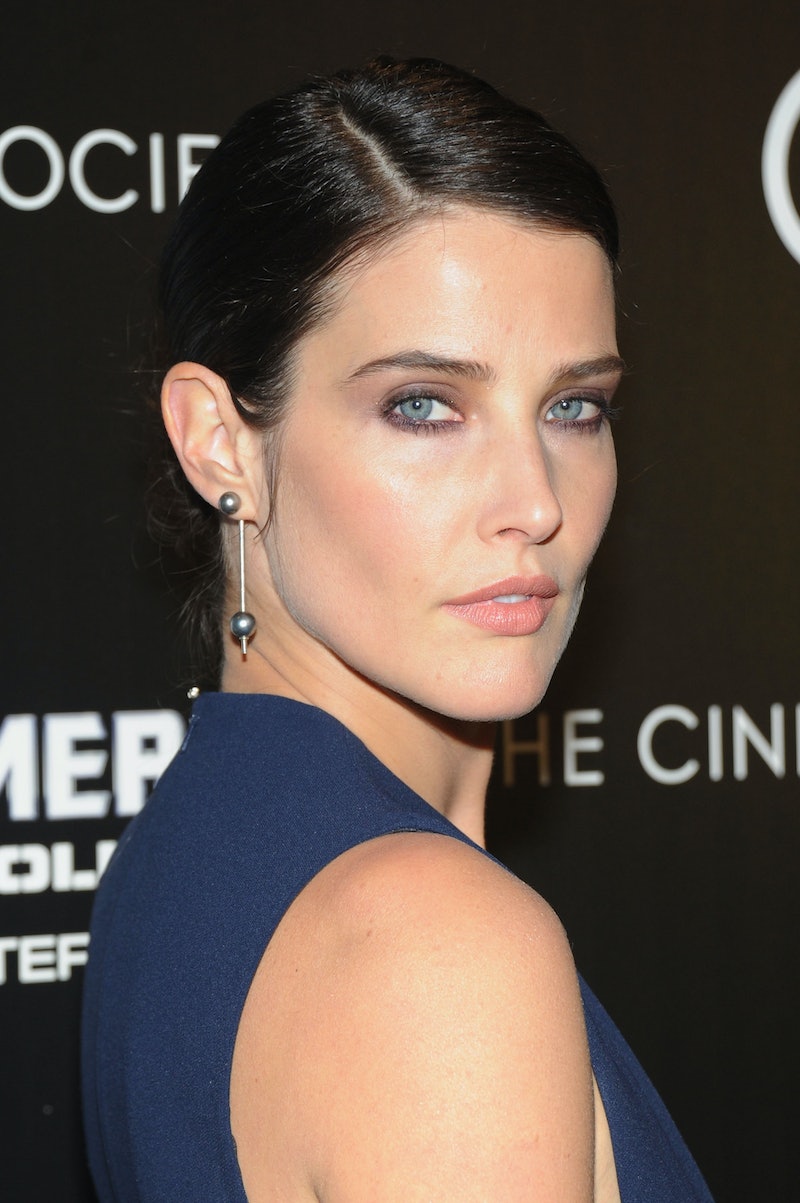 After last night’s highly controversial series finale of show How I Met Your Mother — a conclusion that left many fans either slightly disappointed or downright outraged (but don’t worry, no spoilers here!) — you may think the stars of the iconic show would be hiding out in the safety of their own homes or some gorgeous island resort for the next few weeks. But not Cobie Smulders (aka Robin Scherbatsky).

Smulders has been on a real style run lately, wearing a string of magnificent, minimal numbers, from a strapless Stella McCartney top and flared-hem skirt at the Hollywood premiere of Captain America to a demure-but-alluring, high-neck number at PaleyFest 2014. Her always-improving fashion sense has us not only seeing her as a rising style star, but also as competition for her co-star Johansson when the actress makes a return to the red carpet to promote the upcoming action flick.

And Smulders wasn’t the only star delivering flawless fashion at last night’s premiere in the wake of Johansson’s absence. Designer and socialite Nicky Hilton made her mark on the red carpet, too, wearing a pretty, printed Valentino frock; gold, braided headband; and fringe-tastic red clutch.

But even with their star power and stunning style, can celebs like Smulders and Hilton really fill the shoes of the "Sexiest Woman Alive?" We're starting to think so.