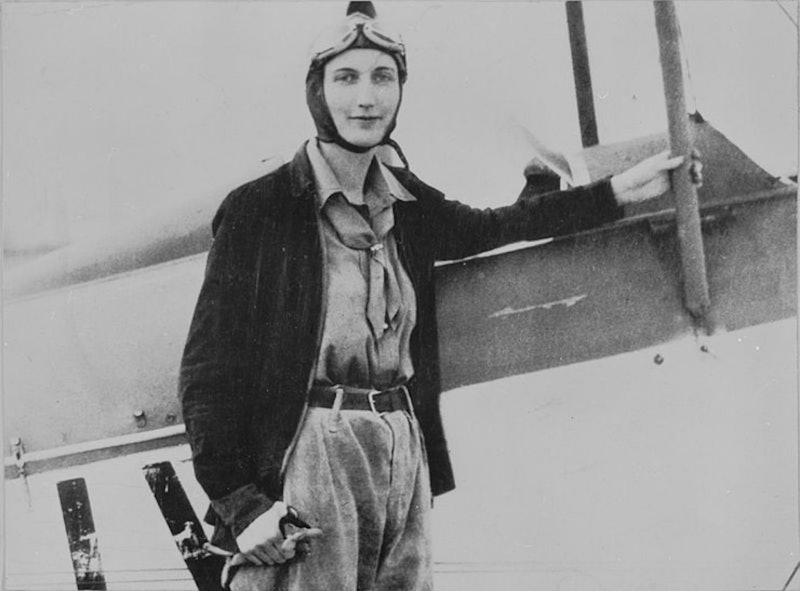 If you ever have any doubts that women, trans, and non-binary people have systematically been oppressed, just crack open a history book. No, you won't learn about how far-reaching and aged sexism is by reading about the those who have fought against it or those who broke barriers. Because, sadly, there are countless feminists we should be learning about in history books, but aren't. Instead, men throughout history have either swept the accomplishments of these feminists under the rug or claimed their accomplishments for their own.

After all, it's not like we can trust history books to be non-biased narratives — most were written by wealthy, straight, white, cisgender men. The things you and I grew up learning about the world were painted in broad strokes sometimes bordering on fictional. Consider what we now know about men like Christopher Columbus and Andrew Jackson, whom we grew up glorifying in history class. History, our textbooks have largely reflected only the good deeds and accomplishments of the "ruling class."

Surely that's no longer a problem now, right? Oh, if that were only true. The reality is that history books still aren't teaching students about the fascinating lives of feminists who've helped advance our society. The stories of these social activists and equality warriors get glossed over time and again, even today.

Let's do our small part to remedy that right now by exploring a few of the many little-known feminists we should be learning about, but often aren't.

Despite her 1928 play Machinal being widely anthologized, playwright and journalist Sophie Treadwell rarely the acknowledgment she so richly deserves. Not only was she the first American playwright to sue and win royalty payments for a a play production lifted from her work, but Treadwell often weaved women's issues in her work and became a touchstone for women of the time for doing so.

Ernestine Rose bucked "tradition" at every turn. When her father arranged a marriage for her at 16 to a man his age with her inheritance as dowry, she took the claim to inheritance court — and won. After leaving Poland, she became a prominent suffragist, social activist, and reformer who was instrumental in 19th-century women's rights and the antislavery movement.

We all know who Amelia Earhart is, but we know so little of Earhart's British counterpart, Beryl Markham. But, like Earhart, Markham was a women of firsts who challenged convention. At 18, she became the first woman in Africa to receive a horse-trainer's license. And then, upon learning to fly in her late 20s, Markham completed the first solo flight across the North Atlantic, from England to Cape Breton Island in Canada.

Talk about your trailblazers! Marion Barbara Carstairs was born in 1900; she preferred to be called "Joe" and dressed in clothing we would traditionally code as masculine. An open lesbian, she courted many famous women, including Greta Garbo and Marlene Dietrich. Carstairs also started the "X-Garage," an entirely women-staffed car-hire and chauffeuring service. She also became a successful powerboat racer.

In the '60s, women were just starting to break away from traditional gender norms, but much progress still needed to be made — and Betty Friedan would serve as a catalyst for such change when she wrote The Feminine Mystique , which explored the unpopular at-the-time notion that women could find fulfillment outside of their traditional roles as wives and mothers.

When it comes to campaigning for women's rights and breaking down barriers, what hasn't Robin Morgan done? A founding member of radical feminist organizations such as New York Radical Women and W.I.T.C.H., Morgan is credited with organizing the September 1968 protest at the Miss America Pageant in Atlantic City — a move regarded as the first major public act of contemporary feminism.

Most feminists are familiar with Audre Lorde, but she often doesn't have as nearly a prominent place in what we learn in books and at school as she should. Both personally and professionally, Lorde threw her life into addressing and speaking out against injustices like racism, sexism, and homophobia. Lorde was a prolific poet and writer whose volume The Black Unicorn quickly became a seminal piece of work.

At a time when women were discouraged from speaking out at all, Lucy Stone passionately advocated for women's rights and railed against slavery. She was also a passionate supporter of women's education, and she herself became the first Massachusetts woman to ever earn a bachelor's degree. She also helped start the National Women's Rights Convention and helped created the Women's National Loyal League.

One of 17 children born in abject poverty to former slaves, Mary McLeod Bethune became the only one in her family to go to school. She would go on to become an acclaimed teacher who believed education was the key to racial advancement — to that end, she founded the Daytona Normal and Industrial Institute for Negro Girls in Florida. She also served as the president of the Florida chapter of the National Association of Colored Women, even beating outing fellow reformer Ida B. Wells to become the organization's national leader. She served on several advisory committees for presidents of the United States.

If the name Margaret Hamilton strikes you as one you've heard very recently, it's probably because you have — the computer scientist and software engineer posthumously received the Presidential Metal of Freedom in 2016 from President Obama. She was tapped for the award due to her incredible contributions to science and technology, namely the development of software that led directly to the advent of American space travel.

Despite being hailed by experts as "the greatest fossilist the world ever knew," many people don't actually know Mary Anning. A woman in a man's world, Anning is routinely overlooked for her accomplishments, despite the fact that she helped to discover the first specimen of Ichthyosaurus and found the first plesiosaur skeleton.Her work is largely uncredited, as men at that the time could not believe a woman possessed the kind of mind capable of having such vast knowledge.

More like this
How To Fight For Reproductive Rights, Based On How Much Time You Have
By Courtney Young
30 Books To Read This AAPI Heritage Month
By K.W. Colyard
Sandra Bullock, Girlboss Extraordinaire
By Matt Harkins & Viviana Olen
Lydia Leonard Is Setting The Record Straight
By Olivia-Anne Cleary
Get Even More From Bustle — Sign Up For The Newsletter