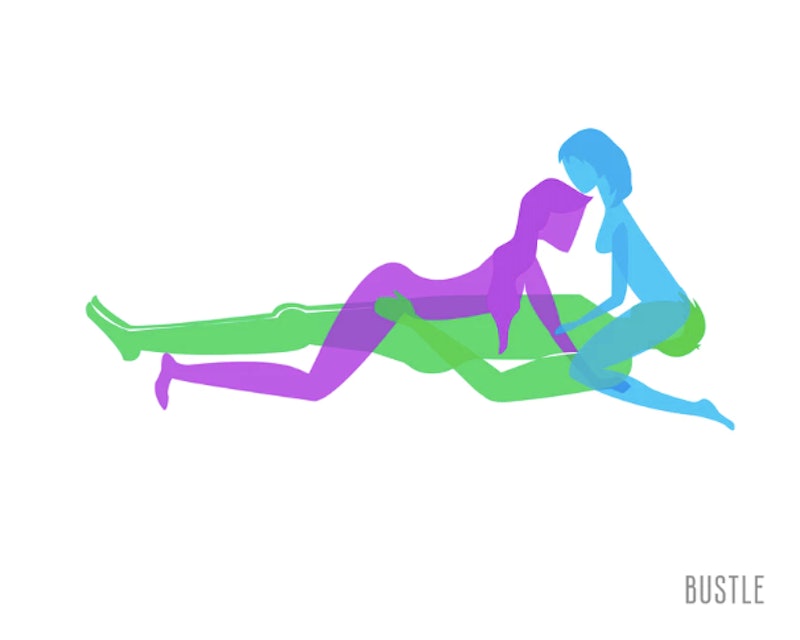 No matter how experienced your partner might be, there’s a good chance they haven’t tried all the sex positions out there. You have to figure if you take a look at the Kama Sutra, that boasts at least a hundred, then take into consideration sex positions that evolved from that or modified versions that people came up with on their own, there are probably hundreds and hundreds of sex positions from which to choose. Maybe even a thousand, depending on how flexible you are!

Having so many sex positions at the tips of our fingers is great. Not just because sex is awesome, but because trying new positions is a fantastic way to experiment, explore, and have even more fun in bed. You don’t really know what a good time is until you fall onto the floor with your partner while trying to pull off some position that looked far easier on paper than it actually is to execute in real life. You also don’t know what a good time is until you have to explain to your friends that your sprained wrist is a sex injury.

The point is that your partner may not have tried all the positions that you have and vice versa. With that comes the opportunity to explore together, and what’s better than that? So, of all the sex positions out there in the world, here are seven your partner probably hasn’t tried.

How to do it: First of all, get off the bed. Once you’re on the floor, both you and your partner should get into the crab position — yes, let those gym class flashbacks remind you how to do this. If you have no flashbacks, what you want to do is, while sitting facing each other, bend your knees and lean back a bit on your hands. Next, with your partner keeping their feet flat on the floor, you want to lift your hips so you lower yourself onto them.

How to do it: While standing, bend over as far as you can — even touch your toes if you’re flexible enough — and have your partner penetrate you from behind. You can use your hands on the floor or on your knees to brace yourself from falling, along with your partner’s hands on your hips to keep your steady.

Why your partner has probably never tried this position: While I’m sure your partner has had stand-up sex before (maybe?), there’s a good chance they haven’t done this one. Not because it’s necessarily difficult, but it’s a position that requires quite a bit of balance on both your parts, as this particular position doesn’t include a wall. Balance isn't everybody's strong suit.

How to do it: If you envision this as you’re sitting on your partner’s lap while lying down, then you’ll get a better picture of how to do this one. Envisioned? OK; good. So with your partner on their side, facing you, lie yourself across them to — you guessed it! — make a cross. Next, you’ll have to deal with the combined effort of getting their penis inside you, which is fun, because “yeah, teamwork!”

Why your partner has probably never tried this position: Although this is a great position, especially if your partner is a little speed demon in bed because it will slow them down, it’s not one that many people think of when they think of a good ol’ fashion bang, you know? It’s more of a "let’s lounge and maybe eat Chinese food while we do this" type of position.

How to do it: You’re going to need a buddy for this one; a female buddy to be exact. Once you have procured a female friend who once in on this, have your partner lie on his back and have him prepare to find himself in heaven. Next, while one of you straddles his hips, the other straddles his face. So, to put it bluntly, he has his tongue in one vagina and his penis in the other. So. Hot.

How to do it: For this one, you want to get into the “the crab walk” position, as mentioned above. But what makes it so advanced is that your legs go from being draped over your partner’s legs to being on their shoulders. Honestly, this position doesn’t allow for much movement, at least an in-out type of movement, so you’ll need to gyrate quite a bit.

How to do it: Coital alignment is similar to missionary in some ways, but where the difference lies is that your pelvis is a bit higher than your partner’s pelvis. Also, your legs are locked around them so you can maneuver your hips in such a way to make sure your clitoris is getting all the action — that’s actually what this position is all about.

Why your partner has probably never tried this position: When people get into the missionary position that’s usually where they stay. Not often do people reach for a pillow to put under their hips or align themselves in clitoral-stimulating way. It’s just not something that comes to mind. Missionary is missionary; sometimes that’s where the night starts and stops, and sometimes that’s where the night begins… before switching over to the beloved doggy style position.

How to do it: After you lie on your back, have your partner straddle one of your legs while penetrating you. (It sounds trickier than it is.) Whatever leg isn’t straddle by your partner is then lifted, so it rests on your partner’s shoulder or against their chest.

Why your partner has probably never tried this position: Honestly, the splitter position just doesn’t get much love. While it’s great for getting really deep with the penetration, it just doesn’t show up on the menu very often. Yet, now that I’ve addressed this topic, maybe that will change.

The best part about your partner not having tried a sex position, is that it’s your chance to introduce them to something new. If it’s a situation where neither or you have ever tried it, then you get to experience a new position together, and that’s even more exciting. So, when it comes to sex positions, don’t be afraid to talk about what you’ve tried, what you haven’t, and what’s on the top of your sexual bucket list.