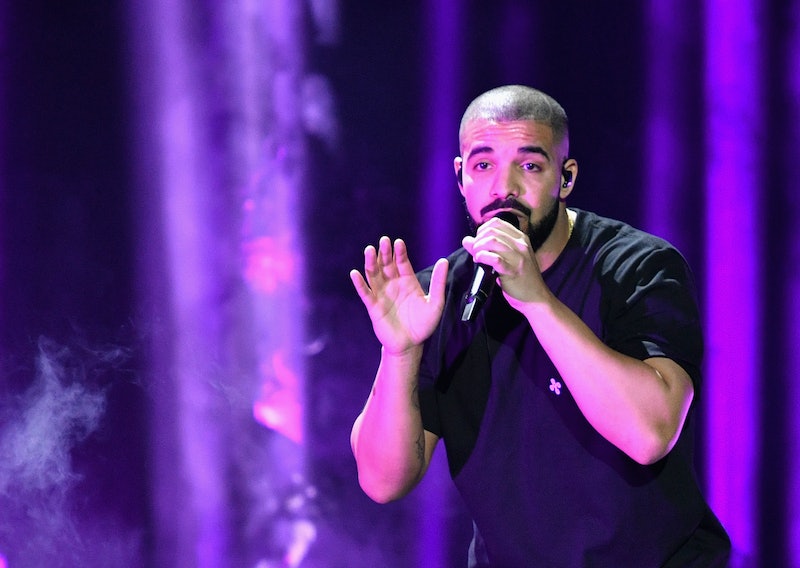 There's not much that could be better than Drake performing at the 2017 Grammys. There's even less that would be better than Taylor Swift performing at the 2017 Grammys. Could Drake and Taylor Swift perform together at the 2017 Grammys? It would be pretty much a dream come true. Alas, such a performance is just a rumor now, as reported by Hollywood Life, but fans can dream, right? Bustle reached out for comment from both artists' representatives, but did not hear back in time for publication. There have been rumors floating around about these two after Swift hung out at Drake's birthday party, the two listened to each other's music in Apple Music advertisements, Drake came up with their couple name on Instagram (Draylor? Really?). But are the two dating, collaborating, both, or neither? Fans are patiently waiting to see what these two pop culture icons have up their sleeves — and if it has anything to do with the Grammys.

Hollywood Life reported on Monday an unnamed source said that a Drake and Taylor collaboration could allegedly debut at the Grammys, but keep in mind that it hasn't been confirmed by either artist, so this possible duet is still a rumor. The Grammys has a long history of putting artists together for some pretty epic duets and one with Drake and Swift would fit in that category. Even in rumor status, this possibility is super exciting. Swift and Drake are phenomenal on their own, so whatever they create together would be what happens when "phenomenal" gets multiplied by two and sprinkled with the glitz of the Grammys.

Drake seems to drop music, so the fact that he's working on a new album isn't too shocking. But a new album with Taylor Swift? Now that's a little more interesting, especially because Swift hasn't released any new music at all since her hugely successful 2014 album, 1989. Fans are seriously past due for some more Swift songs.

A Drake and Swift collaboration album might actually break the internet. What genre would they go for? Hip hop, country, or pop? Or maybe some sort of fusion of all or none of these? Drizzy and Swift could be what each other needs to find a new sound and spice up each others' music. Meanwhile, the 2017 Grammys would certainly be the best place to give us a taste of any future album or potential collab.

All I'm asking for this Swiftmas is a new Draylor album. Let's hope Santa Drake and Santa Taylor make their list and check it twice.