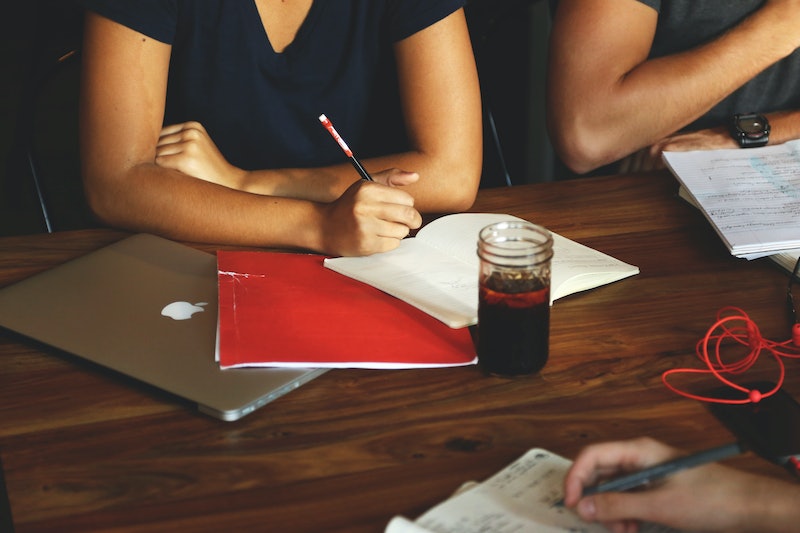 Most companies would tell you that they'd like employees of all genders to be treated equally. But if achieving workplace equality were as simple as not being sexist, gender disparities at work wouldn't exist. Since they do, the Paradigm for Parity coalition is bringing companies together to set goals and hold one another accountable for meeting them.

The group originated in the summer of 2015 by women leaders of several different companies. They brought more women and men on board to establish the goal of achieving equal representation in the workplace by 2030.

It's an ambitious aim, but Paradigm for Parity has a five-step plan in place to get there. The measures they're taking to help companies make progress including creating more objective ways of evaluating employees for promotions, connecting women with sponsors and mentors, and teaching workers about unconscious biases — i.e., the negative beliefs about disadvantaged groups that we don't realize we hold.

"We had each experienced the uneven playing fields for women climbing the corporate ladder, and we’d seen little progress made over the years," Sandra Beach Lin, Co-Chair of the Paradigm for Parity coalition and board member of American Electric Power, PolyOne Corporation, WESCO International, and Interface Biologics, tells Bustle over email. "What has been missing is an actionable roadmap for companies to follow to achieve gender parity across the corporate ranks, especially in leadership positions."

If they're able to carry out this mission, it could have a huge impact, since the 27 members include many large companies. That won't make it easy, though. Beliefs about women's inferior abilities, the supposed disadvantage of being a mother, and gender roles dictating that women be less assertive can lead people to treat women in their workplaces differently without realizing it.

“Change is hard and big change is even harder," says Lin. "We know that in order to achieve a new norm in corporate leadership where women and men have equal power, status, and opportunity, we need male and female CEOs at the Fortune 500 companies to commit to make a difference inside their own companies."

But if you're not a leader of one of these companies — or any company — there's still a lot you can do to improve your own workplace. Lin tells Bustle that you can support women in your workplace by helping them find mentors or sponsors — or becoming one yourself. "You can always look to make your workplace a more inclusive and supportive atmosphere," she says. "It is important that we all work together to change the corporate norms for the better.”