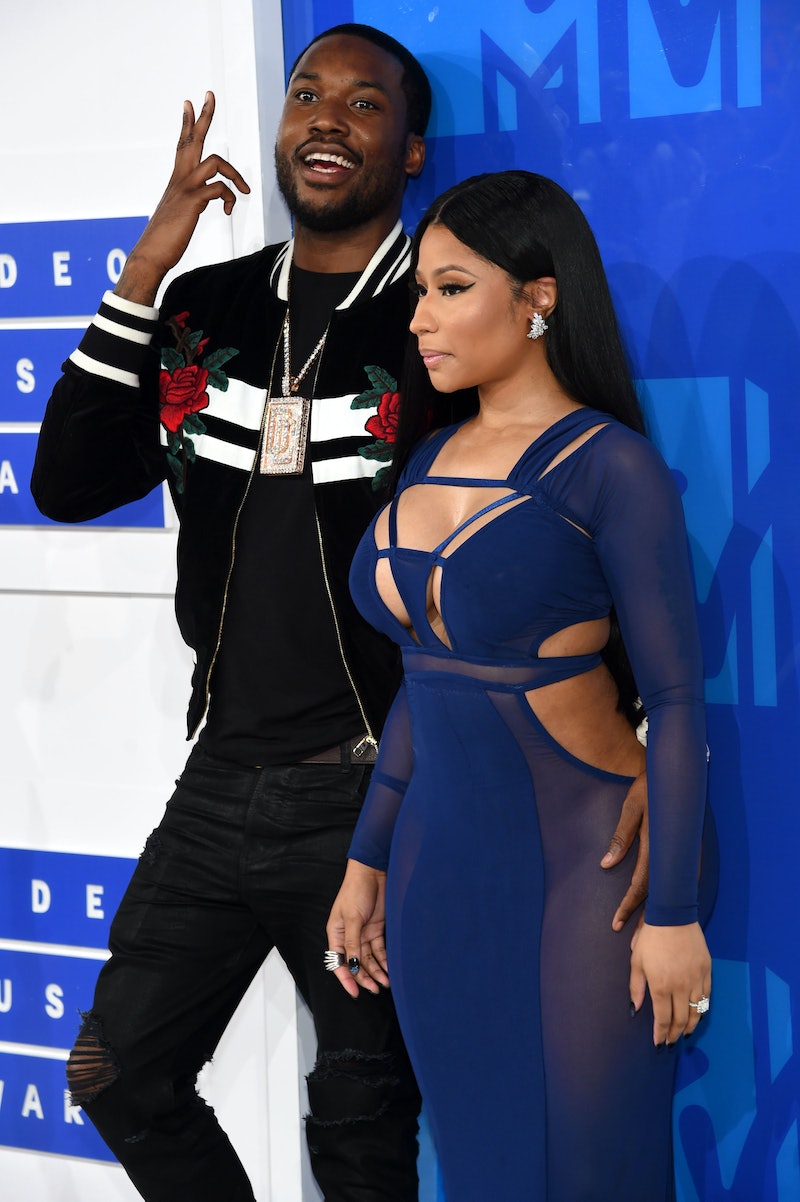 As if 2016 hasn't been difficult enough for the world as a whole, it looks like yet another celebrity breakup might be happening before the year is through. If you follow Nicki Minaj on Instagram (and if you don't, you totally should), you probably noticed that she posted a photo with a pretty cryptic caption on Sunday, and it already has me worried about her and Meek Mill. It references Beyoncé's "Best Thing I Never Had," a song about the end of a relationship, and it seems possible that Minaj is using it to talk about the end of her relationship, and now, I have so many questions. Did Minaj and Mill break up? So far, the rapper isn't offering up any additional commentary, but Instagram drama doesn't always mean things are over. (Reps for Minaj and Mill could not be reached at the time of publication.)

The photo — a pair of Chanel sandals that probably cost more than my car — itself is inconspicuous enough, but it's the caption that has me seriously worried. After all, Beyoncé lyrics in reference to a relationship are almost always a sign that something has gone terribly, terribly wrong. Add that to the fact that on Monday, Mill's Instagram account suddenly went missing, and it's hard to hold out any kind of hope that he and Minaj are still together. It's really, really not looking good.

But there is still a small, tiny sliver of hope: This Instagram stuff is the only evidence of the end of their relationship that exists so far, which means it might be a little early to call it. It could just be that they're fighting right now, and fights don't always mean that it's over. I mean, look at Rob Kardashian and Blac Chyna. How many times have they duked it out on social media — including but not limited to Kardashian deleting all photos of Chyna from his account — only for them to eventually smooth things over? Now, they're still together, and they're even the proud parents of Dream Kardashian. Miracles happen, y'all.

Plus, they were so cute when they attended the VMAs together, and that was just a couple of months ago! And just two weeks ago, Minaj was sharing photos of herself and Mill together, looking as happy as they always have. Relationships aren't easy, and I would assume they're even more difficult when you're living in the spotlight. Maybe let's wait a couple days before we start panicking? Or until Minaj posts more Beyoncé lyrics, whichever comes first.

If they did break up, it's pretty heartbreaking, especially since it means Minaj's plan for Mill to give her three rings before they actually get married would be in the dumpster. Here's hoping these two crazy kids can make it work!