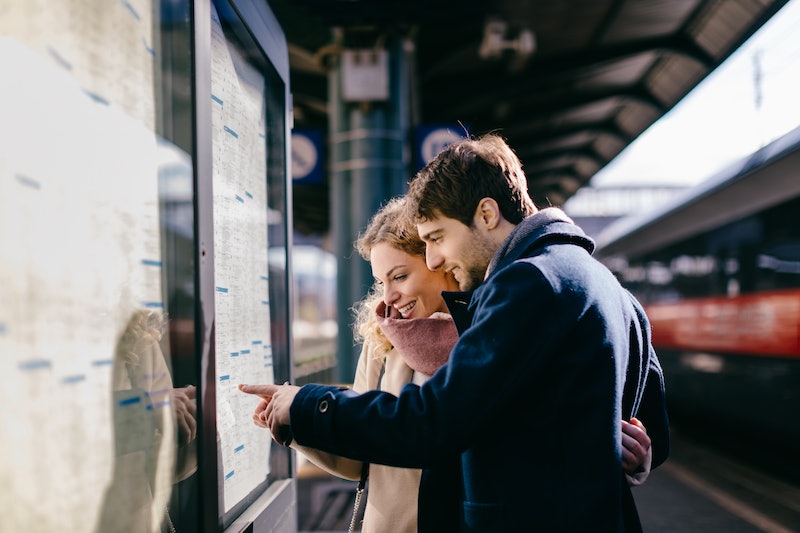 Among all the age-old questions explored in movies and around dinner tables, few are more popular than: Can men and women really be friends? And the fact that we're still asking it says a lot about our culture. Of course men and women can be friends, and every reason someone might believe otherwise is fraught with sexist, heteronormative assumptions.

Fortunately, most people don't buy into this notion that a friendship between people of the "opposite" sex is impossible. A University of Alabama study last year found that the majority of people believe it is — which is encouraging, but it comes with a major caveat. 63 percent of respondents said that even when men and women are friends, someone in the relationship probably has romantic feelings for the other.

For what it's worth, there may be some truth to this: A study in the Journal of Social and Personal Relationships found that most "opposite"-sex friendships contain at least a little bit of attraction. But that doesn't mean things should be that way. Maybe, if we challenged the idea that relationships between men and women are by nature romantic, more people would be open to friendships with people they weren't attracted to.

Here are four reasons to try to move past this notion that someone's gender determines how we interact with them.

It Assumes Everyone Is Completely Straight

What's more, even if a woman and man are both straight, that doesn't mean they both exclusively experience "opposite"-sex attraction, and it certainly doesn't mean they're attracted to each other.

It Assumes Everyone Is A Man Or A Woman

Underlying this assumption that everyone is either a straight man or a straight woman is, of course, the assumption that everyone is a man or a woman. There isn't any room for trans or non-binary people in these discussions. Women are assumed to be friends with women, men are assumed to be friends with men, and their behavior is supposed to be dictated by their gender. This provides a very narrow, incomplete view of people and the world. News flash: There are many, many more people in the world than just straight men and women.

It Depicts Friendships As An Avenue To Sex

The notion that men and women can't be friends is very much connected to the concept of the "friend zone" — a place men supposedly are trying to get out of whenever they're friends with a woman. This view objectifies women by making them seem valuable purely because of the physical pleasure they could offer and instills entitlement in men by implying that they deserve sex once they put in enough friendship. Here's your daily reminder that you don't get a gold star for being a decent human being.

It Neglects All The Ways Relationships Can Happen

Our view of how people can have relationships is extremely narrow. We generally think of friendships as occurring between people of the same age, the same gender, and even sometimes the same cultural background. But they can happen in all different ways, and as long as nobody's hurting anyone, there are literally no rules. Once we're open to the possibility that anyone can be friends, we'll not only become more accepting of others' relationships but also have a greater variety of relationships ourselves.

More like this
The Best Time To Date After A Breakup, According To Experts
By Bustle Editors
How To Use Astrology In Dating, According To The AstroTwins
By Brittany Beringer
7 Women Share Their Best Orgasm Stories
By Lexi Inks
Are Virgo & Capricorn Compatible In A Relationship?
By Kristine Fellizar
Get Even More From Bustle — Sign Up For The Newsletter