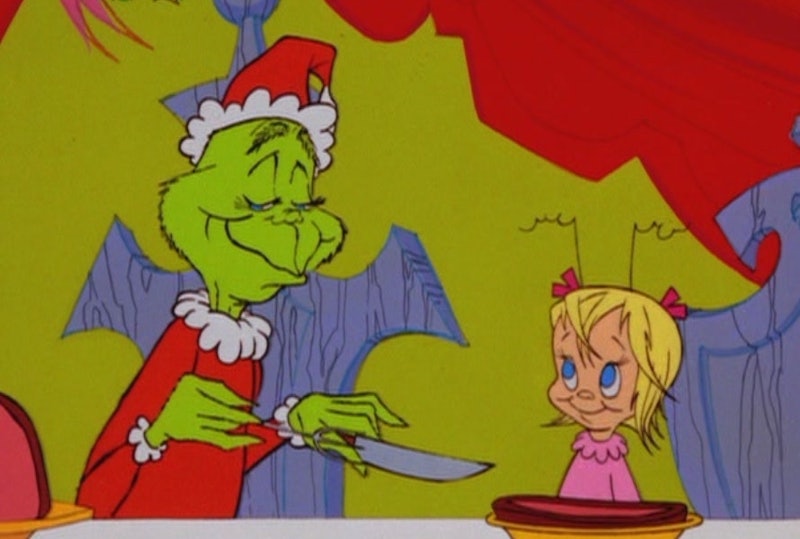 If you are making the rounds through your favorite holiday films this Christmas season, make sure you don't neglect the animated ones. Whether they were drawn, stop motion animated, computer animated, or animated with motion capture, all of these animated Christmas movies are worth watching again before Dec. 25 rolls around. It doesn't matter if you first saw them as a kid or an adult, these 14 animated holiday movies have an innocence to them that perfectly ties into the spirit of Christmas.

Many of these Christmas movies were intended for children and then released as TV specials. That usually means they have super short running times (under a half hour in some cases), so you could watch a few of them in just one night. On the other hand, some are full-length films (thanks, Robert Zemeckis!), so you'll be occupied with just one movie all night. You may also need to get creative with how you'll watch these gems if you don't own them. However, the internet is full of Christmas miracles when it comes to the pursuit of nostalgia.

So no matter if these films are your all-time favorites from your childhood or you actually forgot they existed, here are 14 animated Christmas movies to watch tonight since the holiday will be here before you know it.

You'll most likely be flooded with memories once you get to the part where the snowman and boy fly through the air in this movie with no dialogue. The song and imagery make for a really peaceful moment.

In retrospect, this 1964 stop-motion classic about everyone's favorite reindeer is a bit racist and sexist, so I recommend spiking some hot cocoa for your rewatch.

Let Jim Carrey take you on a dark — and very realistic-looking — retelling of the Charles Dickens story.

Every kid wanted a Frosty in his or her life to hang out with.

You hear the music from this 1965 movie every year, so make sure you see Charlie, Linus, Lucy, Sally, Snoopy, and the rest of the gang too.

If you haven't seen this more modern movie about Santa Claus' son before, make an effort to check it out. Plus, tons of British stars provide the voices.

7. Santa Claus Is Comin' To Town

This is my personal favorite of the Christmas stop motion animated television specials because how can you go wrong with narration by Fred Astaire and a cute young Kris Kringle?

If you're a fan of "The Chipmunk Song (Christmas Don't Be Late)," then you should be checking out this Christmas special about Alvin getting a harmonica and bonding with a sick child that was around long before The Squeakquel ever existed.

9. The Nightmare Before Christmas

More spooky than traditional Christmas movies, Tim Burton's stop motion film about Halloween Town and Christmas Town is still a unique holiday treat. You'll be singing, "What's This?" and "Kidnap the Sandy Claws" before you know it.

Stream A Nightmare Before Christmas here.

It's almost as if Mickey was born (drawn??) to play the role of Bob Cratchit.

11. The Year Without A Santa Claus

Sometimes even Santa can't channel the Christmas spirit. Plus, this movie gave the world the Miser Brothers.

Before working with Jim Carrey in Disney's A Christmas Carol, Robert Zemeckis visually stunned viewers with motion capture with Tom Hanks in The Polar Express.

13. Winnie The Pooh And Christmas Too

Is there anything more adorable in this world than Winnie the Pooh dressed up as Santa? I think not.

Your heart will grow three sizes just like the Grinch's while watching this 1966 movie based on the Dr. Seuss book.

So cozy up on this winter night and enjoy one of these animated Christmas classics no matter your age.