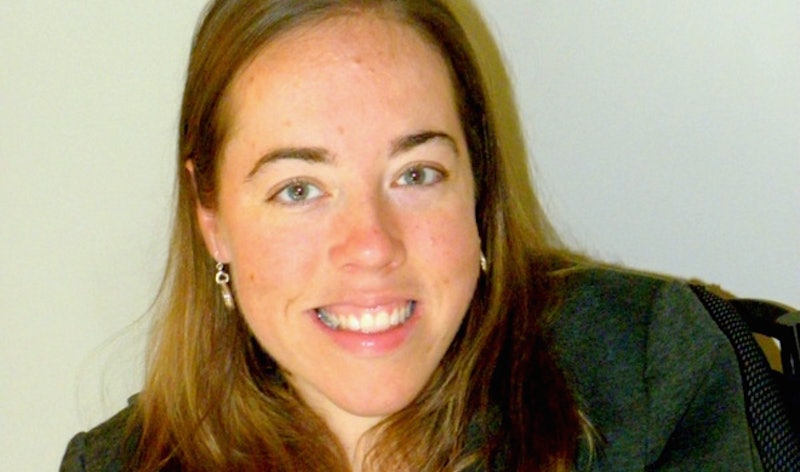 One-in-four women in the United States has a disability. We are mothers, daughters, sisters, partners, coworkers, and contributing members of society. Our diversity transcends race, ethnicity, faith, age, sexual orientation, socioeconomic class, and political affiliation. And on January 21, we will join hundreds of thousands of women in Washington, DC and cities across the Nation to march and roll in solidarity for women’s rights.

The Women’s March on Washington was planned in response to this past election, which was marked by hateful rhetoric toward women, Muslims, immigrants, LGBTQIA communities, people with disabilities, and other marginalized populations. Last week, the Women’s March organizers released their very progressive and inclusive unity principles. Of particular importance to me was the section on disability rights, which avowed the importance of people with disabilities being included in all aspects of American life.

As a disabled woman, I am keenly aware of the injustices I contend with as both a woman and a person with a disability. For far too long, I have faced inadequate access to reproductive health care, systemic barriers to voting, and discrimination in all areas of life. I have been denied job opportunities based on misconceptions of my abilities. I have been unable to participate in activities and attend events solely because they were held at inaccessible locations. I have had to contend with stereotypes that because I am disabled I must be asexual and uninterested in becoming a mother.

I face “double discrimination” because of my gender and disability. However, I also recognize that as a white woman, I am privileged. Indeed, women with disabilities who are also members of other historically marginalized communities have “triple jeopardy status.” They contend with prejudices due to having a disability, being female, and being a member of a marginalized community.

As a disabled woman, President-elect Donald Trump absolutely terrifies me.

I am rolling in the Women’s March in response to the recent election — as well as the long history of oppression disabled women have experienced.

As a disabled woman, President-elect Donald Trump absolutely terrifies me. He has no-known disability policy and has demonstrated complete ignorance to the disability community’s needs. His Cabinet picks are equally worrisome. Although Trump is known for his alleged mocking of Serge Kovaleski, a disabled reporter, his lack of concern for the disability community runs much deeper than that. Trump’s properties have been sued more than eight times for violating the Americans with Disabilities Act (ADA). Trump has promised to make major changes to Medicaid, including block-grants, which would limit the amount of federal funding provided to states and consequently reduce services for people with disabilities. Likewise, his commitment to repealing Obamacare could have devastating consequences for people with disabilities. Make no mistake: Trump’s presidency puts disability rights in peril. Given how high the stakes are, it is imperative we turn out in large numbers at the Women’s March on Washington and beyond.

For far too long, women with disabilities have contended with dangerous and divisive policies that have resulted in pervasive discrimination. We have been forcibly sterilized and assumed unfit to raise families. We have experienced discrimination in the workforce and have been paid far below our male counterparts. We have received far less educational opportunities, and often encounter barriers to obtaining appropriate and affordable housing.

This is why I am rolling in the Women’s March on Washington. I will roll to ensure all women, regardless of disability or any other identity, have access to comprehensive reproductive health care services and information.

I will roll because we must recognize the importance of intersectionality. Policies must be fully inclusive of all women and girls, including those from marginalized communities.

I will roll because women with disabilities are paid just 72 cents on the dollar compared to men without disabilities. All women, regardless of disability or any other identity, must receive equal pay for equal work.

I will roll because as a future mother, I am horrified that in 35 states a parent with a disability can lose custody of their child simply because of their disability.

I will roll to bring awareness to the high rates of violence endured by disabled women. It is shocking and unacceptable that women with disabilities are twice as likely to be raped than non-disabled women, and that 83 percent of women with intellectual disabilities will experience sexual assault during their lives.

I will roll because all women, regardless of disability or other identity, must have access to health insurance. For many, such as myself, repealing Obamacare is a life or death matter.

I will roll to ensure all women, including women with disabilities, are afforded their civil rights and freedoms.

I call on my sisters, brothers, and non-gender conforming friends in the disability community to join me and roll or march for our rights in Washington or a local sister March. The Women’s March will be fully accessible, providing wheelchair accessible seating, ASL interpreters, and many other accommodations to ensure that all can participate.

Understandably, participating in the Women’s March may be challenging — and impossible — for some people with disabilities. Navigating large crowds can be challenging for some people with intellectual or psychiatric disabilities. Personally, as a wheelchair user, I have often refrained from attending these events because of accessibility issues. So for those who are unable to attend the Women’s March, please remember there are other ways to show your opposition to Trump’s policies, such as contacting your representatives in Congress and taking to social media. We must do whatever we can.

Likewise, I call on all women — regardless of race, ethnicity, age, sexual orientation, religion, or socioeconomic status — to join our efforts to fight for the rights of women with disabilities. For too long, disabled women have been excluded from the women’s rights movement. This must change. Now, more than ever, we need each other. We must support one another and ensure that no one is left behind. Above all, we must fight oppression and bigotry. If one member of our society is harmed, we all are.