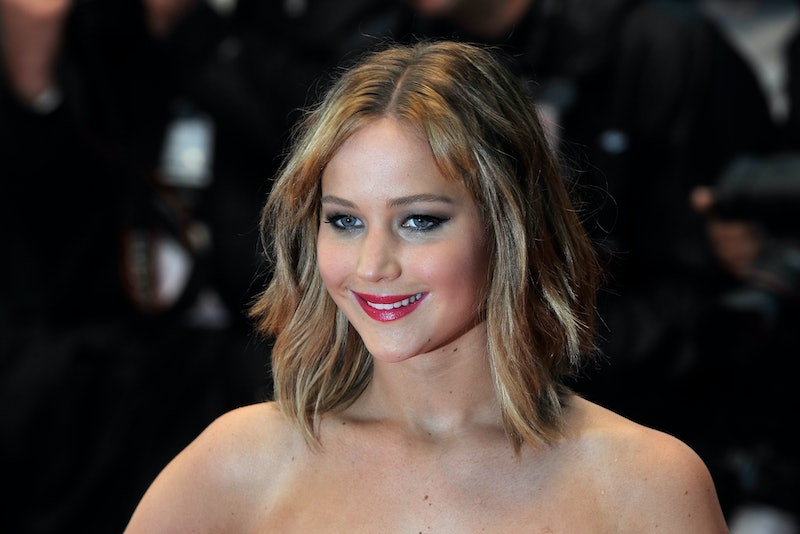 In case you didn't love her enough already, the hilarious, talented, beautiful, clumsy, all-around relatable Jennifer Lawrence gave Shailene Woodley the perfect advice. J. Law is just that nice, too, you guys! It turns out, though, that Lawrence was just returning the favor. She was once on the receiving end of some sage words a few years ago that helped shaped her career, and now she's doing the same for Woodley.

In an interview with Vanity Fair , Woodley explained that while she's never met Lawrence, she sought her out for advice when deciding whether to take the lead role of Tris in Divergent, her upcoming film that serves as the first entry in a YA franchise. Clearly, Lawrence has some experience in that area, and the advice she gave Woodley is absolutely flawless: "It will be the best thing that ever happened. But don’t be an idiot, do a sex tape, [or] do drugs. And go to Whole Foods when your movie opens."

A few years ago, Lawrence was in a similar position as she debated the offer to portray Katniss Everdeen in The Hunger Games. She did the same thing as Woodley, and asked someone who'd done it for advice. In her case, it was Twilight star Kristen Stewart. So what exactly did Bella say to Katniss? "Enjoy it, and at the same time, remember your own values," Stewart recalled.

But the chain goes back one more step. Stewart had to think about it before she decided to star in the Twilight series, and she happened to be filming Adventureland with Ryan Reynolds at that time. In 2010, Reynolds told GQ the advice he remembered giving Stewart, "Vampires… that'll flop. Don't walk— run the other way, Kristen!"

Maybe someone should've given Reynolds the same run-the-other-way advice about superheroes who are 90 percent CGI ... and ghost cops ... and animated snails. The guy's movies can't help but tank. Any advice for Ryan, J. Law?