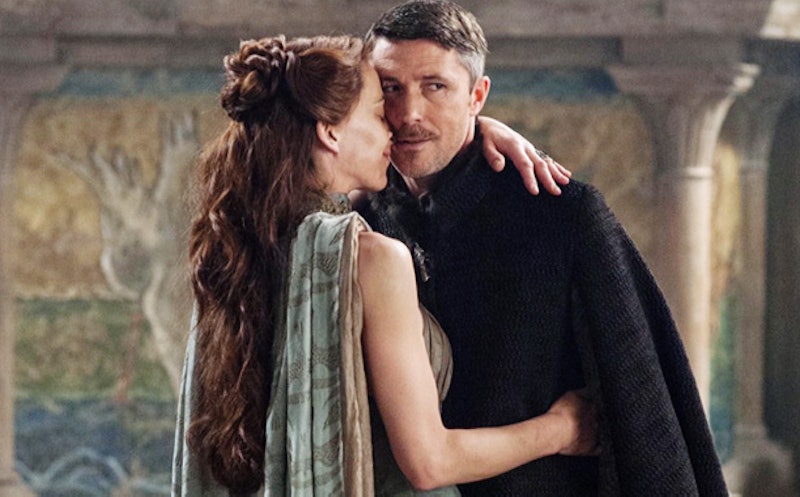 I can't have been the only person to finish Sunday's Game of Thrones episode and cheer in relief, "no one died!" Technically, that wasn't true — plenty of Craster's Keep mutineers met their end, thanks to Jon Snow — but for the first time in seemingly forever, none of the deceased were people we cared about. Still, that doesn't mean "First of His Name" wasn't a dark hour; between Cersei's grief, Hodor's mind-controlled murder, and Llyhsa's near-breaking off of Sansa's fingers, Sunday's Thrones episode had its fair share of painful moments, some of which felt even more difficult to watch than past weeks' scenes of murder and rape. And this makes perfect sense, seeing as the episode's director, Michelle MacLaren, has a history of helming soul-crushing episodes of TV.

As it turns out, MacLaren, also a producer, is responsible for helping create some of the most dark, painful hours of television in recent years. In addition to this week's Game of Thrones, she directed last week's hour, "Oathkeeper," which featured a locked-up Tyrion, that disgusting rape scene, and, unfortunately, the only Thrones appearance of Ser Pounce fans will ever get to see. Last year, MacLaren helmed "The Bear and the Maiden Fair," which saw Theon get castrated, as well as "Second Sons," the episode where a miserable Tyrion marries an even more miserable Sansa.

And if that wasn't depressing enough, MacLaren is also the director of eleven Breaking Bad episodes, including "Gliding Over All," where nine prison inmates are killed in a matter of minutes, and "To'hajiilee," in which Hank gets shot by Jack's Neo-Nazis. MacLaren was also an executive producer of Bad, so if you're still grieving over Hank's death, Jesse's grief, or that poor little kid Todd shot in the chest, you've got her to (partly) blame.

Need more? MacLaren directed two episodes of The Walking Dead, including "Pretty Much Dead Episode," a dark hour that culminated with the necessary, but still heartbreaking, death of Sophia Peletier. MacLaren was also an executive producer on The X-Files, so if you have any lasting trauma from those years, you now know who's responsible.

To be fair, it's not all MacLaren's fault. She didn't write these episodes, just directed them, so the actual, disturbing content of each hour wasn't entirely her doing. Still, when the past few years of cable TV have caused us such heartbreak, we need someone to blame for our pain — and unfortunately for MacLaren, she's the common link. So next time you find yourself crying when a character you love suffer a brutal fate, check out IMDB and check who directed the episode. It just might be Michelle MacLaren, creator of all the best, most compelling, and absolutely miserable TV episodes around.