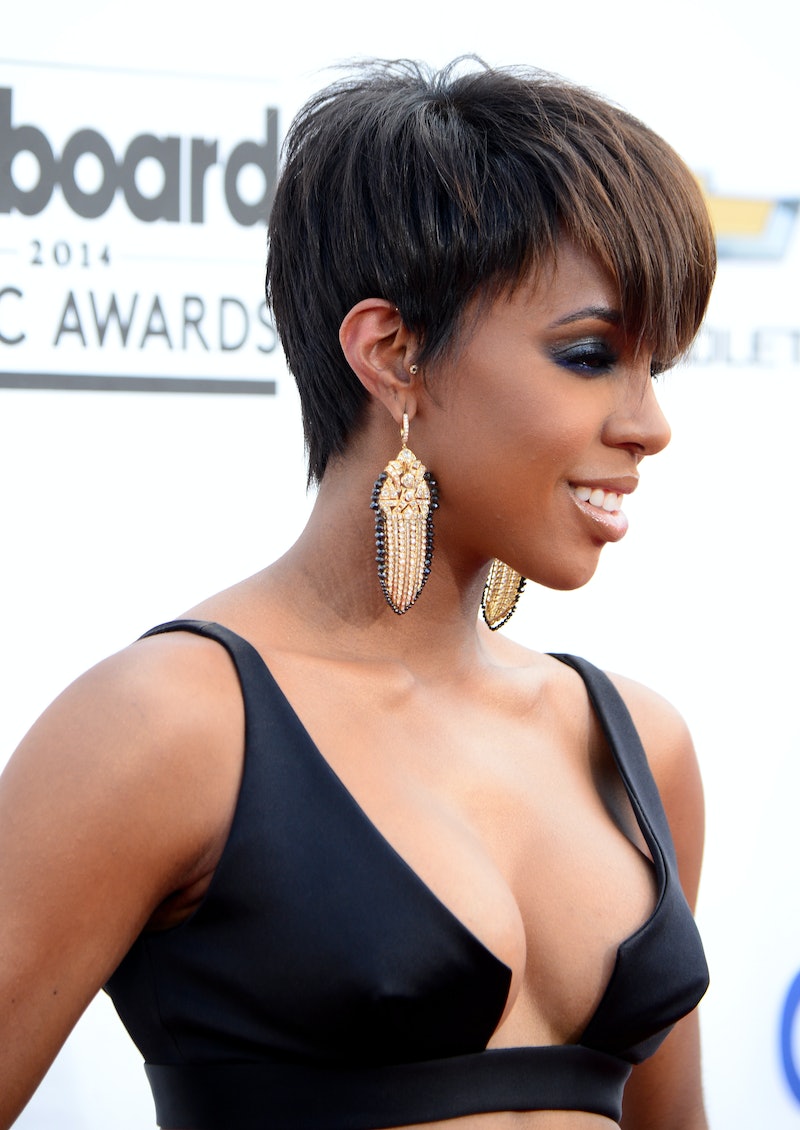 Between reuniting with Destiny's Child for the "Say Yes" single and music video and releasing a single of her own for the 2014 World Cup called "The Game", Kelly Rowland has been having a pretty busy year. However, even more interesting than her career has been her personal life. Speculation has run rampant that Rowland is pregnant and those rumors only intensified when she posted adult and child hightops on Instagram. Were we reading too much into it? Were we reading not enough into it? Could she just tell us already? Well, Internet, your prayers have been answered... with yet another Instagram photo. In this one, Rowland shows off her baby bump and congratulations are definitely in order.

It's one thing to have a photographic hint and confirmation from sources, but it's an entirely different thing for Rowland herself to confirm it with a picture that's worth a thousand words. In the Instagram picture, she's sitting with her legs crossed and her hands clasped together as if in prayer, looking completely at peace in a gym as her pregnancy proudly starts to show.

If you weren't already happy for her, then this picture is going to make you happy for her because it's so contemplative and tasteful and just plain cute. Rowland married her manager, Tim Witherspoon, in May in a Costa Rica wedding and she's due to start recording her fifth studio album in the months ahead. All together, it seems like Rowland is in an amazing time in her life and we're lucky that she's choosing to share it with us.

The only question that remains is what exactly is on Rowland's mind in the introspective picture. The options are pretty endless:

Check out the picture below.