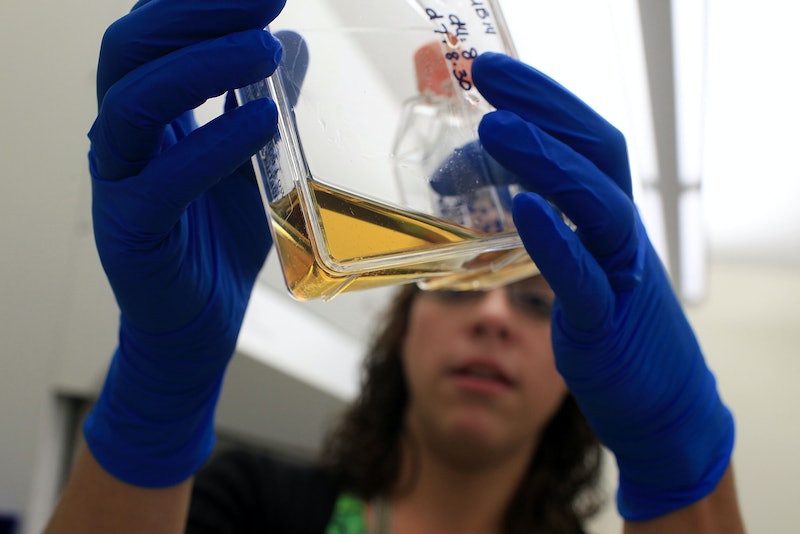 Yep, we are definitely living in the future. A new study shows that stem cells may help stroke patients recover when the cells are injected directly into the brain. Therapy like this isn't new, and it has in fact been tried on stroke patients before. But traditionally, patients have gotten stem cells about six months (or more) after their stroke, whereas this study tested the safety of using them within seven days of the initial incident. The approach had previously shown promise in animal test subjects – and now, for the first time, it may have improved the lives of humans.

The study, conducted by Imperial College London, was intended just to test the safety of injecting stem cells so early in treatment. As such, the test group was tiny – only five patients – and there was no control. The patients were all injected with stem cells from their own bone marrow, which are known to develop into vascular structures like blood cells and blood vessel lining. Even though those aren't quite the same as brain cells, the bone-marrow therapy is probably better for stroke patients than it sounds: strokes happen when something, usually a blood clot, blocks blood coming into the brain. Even though the brain damage that occurs is tied to neural cells, the ultimate cause of the stroke is blood supply, and that may be the best way to fix damage.

This research may be the first step to proving that hypothesis. The study's abstract explains, "Rather than developing into brain cells themselves, the cells are thought to release chemicals that trigger the growth of new brain tissue and new blood vessels in the area damaged by stroke." So the stem cells (type CD34+), which come from bone marrow, stimulate the regrowth of the vascular structures that caused the problem in the first place. But along the way, the chemicals that do that may also stimulate the brain itself into growing its own new neural cells and repairing stroke damage.

Of course, nothing is definitively proved yet. The study was tiny, and the improvements seen in all the test patients are similar to those observed in patients under normal stroke treatment. The researchers themselves acknowledge that though the study did what it was supposed to do – confirm the treatment's safety in humans – much more research is needed before we know whether and how much stem cell therapy helps patients when it's taken out within a week of a stroke. But this study does pave the way for new research on the subject. And maybe it's the first step to improving the lives of thousands of people every year.