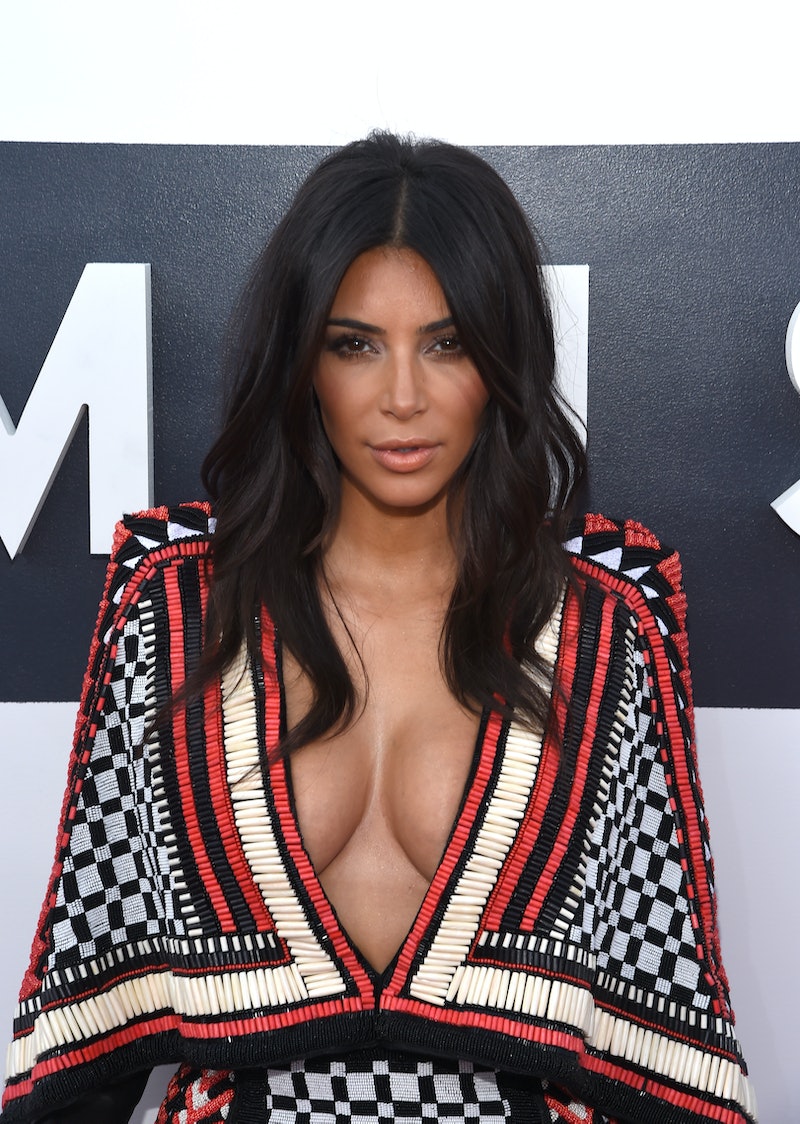 As we learned in the Keeping Up With The Kardashians episode that aired two Sundays ago (UGH, I missed the show's presence dearly last Sunday. How dare it take a week off!), Kim Kardashian and Kanye West had a very specific and unwavering vision for their big day (Sorry, Kris Jenner!). One part of that vision: HAIR. Forever her mother's daughter, Kim requested that a few of her family members make major changes to their tresses before the ceremony. In Sunday night's half of the Season 9 finale, Kim and Kris called a meeting with Bruce Jenner and asked him to lop off his luscious ponytail before the Kimye wedding. Bruce was like, "LOL, nah." Kim was like, "LOL, yeah." I was like, "LET THE GUY LIVE HIS LIFE." (Spoiler alert: That ponytail kept on rockin'.)

But this would not be the only time a Jenner's coif was a topic of discussion: Kylie's Skittle-blue hair also caused a bit of pre-wedding kontroversy. Kim and Kris were not feeling Kylie's hair being the "something blue," and Kylie was like, "LOL, too bad." (Spoiler alert: Kylie kept her blue hair and did not clip in extensions, as per Kim's suggestion.)

On that note, I HAVE A HAIR-BRAINED THEORY: What if before Kim decided whether or not she'd give Brody Jenner that plus one he wanted, she asked him to shave his mustache for the big day? And what if Kim said the mustache didn't go with the ceremony's aesthetic? And what if Brody replied, "LOL, IDGAF"? And what if Kim was like, "Oh, really? You're definitely not getting that plus one now, Mustache McGee"?