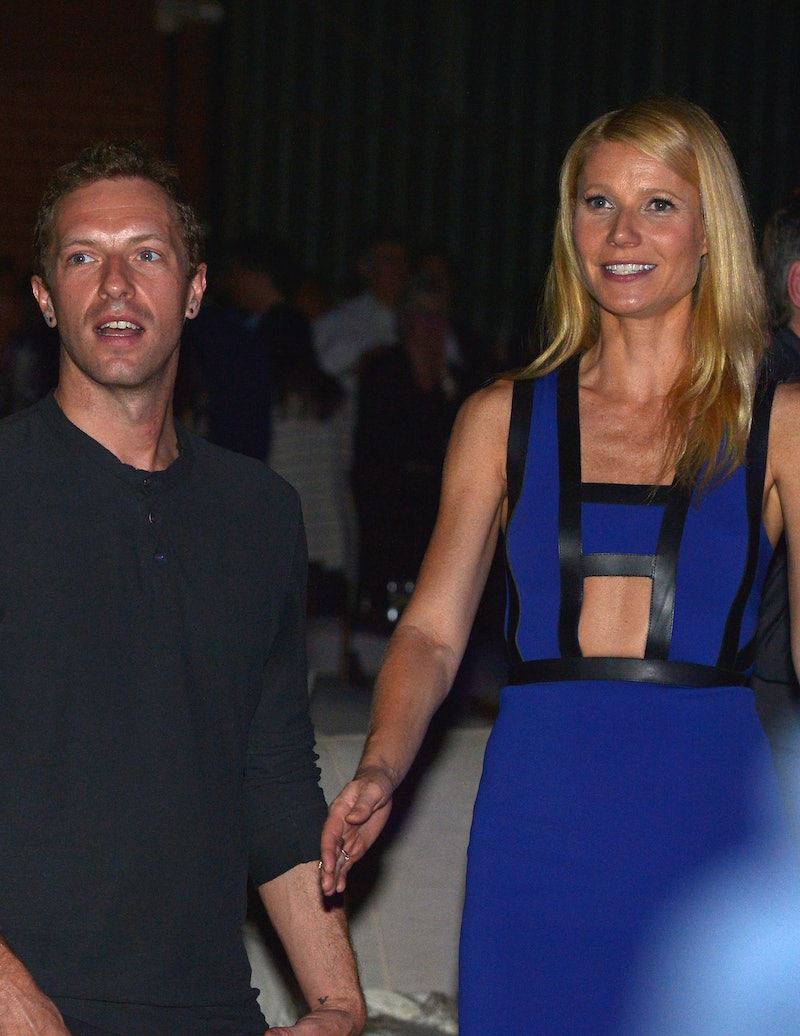 Everybody knows Gwyneth Paltrow and Chris Martin created their own vague vocab when they "consciously uncoupled" back in March, but their separation may have left you wondering what exactly this phrase means. Are they getting divorced? Did they already? Are they just taking a break? So many unanswered questions! This has been especially confusing lately, since they've both supposedly been dating other people. There are those Jennifer Lawrence and Chris Martin rumors. Plus, Paltrow has been linked to Glee co-creator Brad Falchuk. I can't help but wonder what is going on.

When these two initially discussed the split, they asked everyone to respect their privacy. But wow, they've decided to keep things private — like really private. For this reason, there haven't been any definite answers about what they're doing now. One potential positive is that there haven't been any articles stating that the two have actually filed for divorce. With the way Hollywood works, it seems like TMZ would've gotten their hands on any legal documents if they existed since, ya know, TMZ gets a hold of everything. So if the documents don't exist, does that mean the divorce doesn't either?

Back in May, there were reports that Martin was still living in the same house as Paltrow. While this hasn't been mentioned recently, a few months ago Paltrow had to file a restraining order against a stalker and apparently those court documents contained info about where Martin was living — with Paltrow. So hey, if they are still living together, I'd take it as a sign that they still get along.

More proof that things aren't going totally terribly is that Martin and Paltrow spent Labor Day weekend together. Yup, apparently they were one big happy family when eating breakfast with their kids. This seems to fit well with reports from June that suggested maybe this situation is only temporary... A source told People, "They haven't made any concrete decision to get back together yet, but clearly it's a possibility." Hmm, clearly being the key word here. Sounds like anything is possible and it's not worth losing hope just yet — if you're rooting for them, that is.

Since no one knows their current legal status, this must mean no news is good news, right? Yeah, let's go with that.