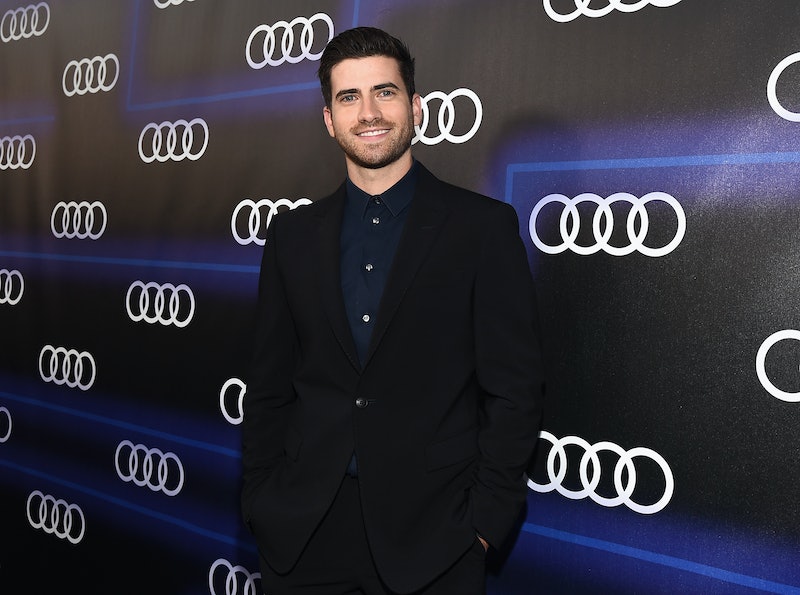 New MTV drama Finding Carter aired its first season finale on Sept. 16, but MTV isn't cutting you off from new scripted drama entirely. New MTV series Happyland airs its own premiere on Sept. 30, and I can't wait to see what new, juicy drama MTV has cooked up for us this fall TV season. For those of you who missed the trailer for Happyland , it certainly got critics talking, mainly for, oh, I don't know, that whole incest storyline thing. Let's back up: The trailer follows Lucy, a longtime, somewhat-apathetic manager of the Happyland amusement park, who starts to fall for the owner of Happyland's son. Unfortunately, right after the two make out, her mother informs her that — uh, oh — they might share the same father. I spoke with Happyland series regular Ryan Rottman, who portrays Theodore (the brother to Lucy's, umm, "love interest") and he hinted that there's more to Happyland's story than meets the eye.

Rottman, whom you may know from series like TeenNick's Gigantic and ABC Family's The Lying Game, gave us a little bit of background to his character and the powerful family that he comes from. Rottman hints that the audience might not feel warm and fuzzy towards the Happyland owner's son Theodore right away. "It's definitely a love/hate thing at first," Rottman teases, and hints that Theodore's protective nature may come across in a negative light — at least, as Rottman suggests, before we learn much about Theodore's true intentions.

Theodore is also the show's "secret keeper," something that Rottman delights in, saying how fun it is to play a character who knows all of the ins and outs of Happyland before the others do.

While critics were skeptical about the inclusion of the oh-so-icky incest plotline, I have suspicions that this "incest" isn't actually what it seems, and that it may be a way to pry open some of the deeper secrets within this fictional "happy place." A powerful family with a plethora of scandalous secrets that threaten their perfect business model? That sounds like the Meade family during the first season of Ugly Betty, which was twisty, bizarre, and perfect.

And if Happyland takes off, these secrets might be something that fans tweet about incessantly, a la shows like Pretty Little Liars and MTV's own Finding Carter . Rottman, who is no stranger to young adult shows, says that one of his favorite parts about having a younger audience is their desire to take to social media to discuss the show with fellow fans. I couldn't agree more — and I am sure that fans will dedicate at least 140 characters to the Happyland premiere on Sept. 30. (Oh, and while they're at it, they might want to check out Rottman's own social media presence — his Vines are laugh-out-loud funny and fantastic.)