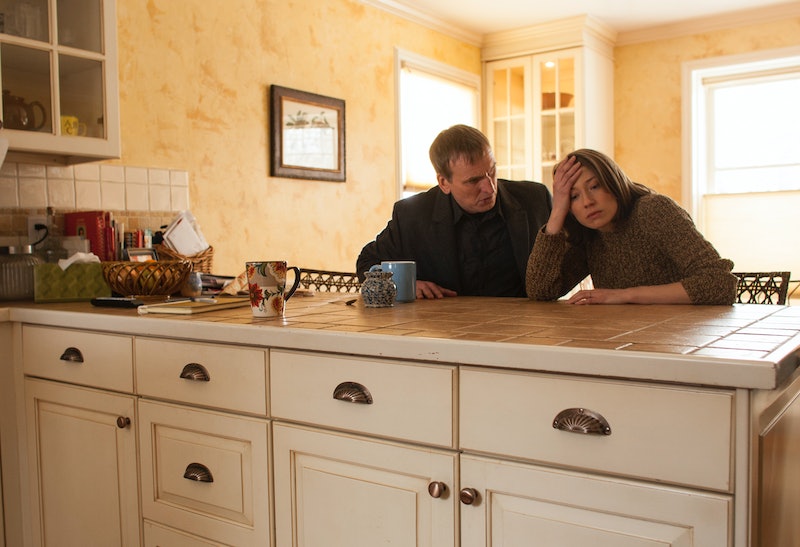 The dark, broody HBO show The Leftovers can be a bit polarizing — some may find the fact that the show can turn a mundane task such as setting a table into an epic, music-filled moment to be too much — others (like myself) are obsessed with the show and all of its glorious melodrama. Season 1 of The Leftovers only ended September 7, but for those looking to re-watch all of the multitude of WTF moments or for those who heard the buzz and don't have an HBO subscription, where can you turn to watch? Not Netflix, that's for sure. HBO is notorious for not playing well with others in the fact that the only place you could watch an HBO show before was — well, on HBO (or DVD purchases or iTunes, but who counts that?). HBO did make a deal with Amazon this spring (joyous!), but you have to have an Amazon Prime account to watch the HBO shows. Plus, it was like HBO giving a big ole middle finger to Netflix.

Though it has been rare for HBO to allow viewers to watch its shows on anything other than HBO, they seem to be getting hip to the times. Yahoo Screen aired the first episode of the The Leftovers for free from June 30 to July 6 (not a huge window of time, but still). And there are discussions that HBO Go could be bought on its own. If only HBO would give us that kind of freedom to watch their high-quality shows, we might be able to reach a level of contentment, like Laurie (kind of??) did in the Season 1 finale.

But, I guess the more readily available the shows are, the less special they become — or at least that's what the HBO powers that be think (and they just really want you to subscribe to HBO). As for catching The Leftovers on Amazon, it doesn't seem too, too promising. The current Amazon Prime list of HBO shows doesn't include any shows that have any upcoming seasons. Sure, you can watch True Blood (which just recently concluded), but it looks like only Seasons 1, 2, and 3 are available for unlimited streaming. The rest of the seasons you'd have to purchase. That doesn't really equal a great recipe for a good binge-watching session.

Although there are Tom Perrotta books and movie adaptations to check out, and trips to Westchester, NY, to plan, nothing fills The Leftovers void quite like reliving Season 1. (But seriously, you should read some Perrotta.) I doubt that The Leftovers is something you can watch over and over again in a short amount of time (unless you can stomach seeing people getting stoned to death on the regular). But there are so many intricacies to the show and hints to pick up on, it’s absolutely worth a re-watch. And if you haven’t seen the HBO drama (and let me emphasize drama), the The Leftovers was renewed, so it's absolutely worth checking out before Season 2 airs (even if it's just for Justin Theroux's powerhouse acting, overall awesomeness, or prominent sweatpants, er, accessory). So what are you waiting for? Oh, Netflix? Well, then, you're as screwed as the Garvey clan.