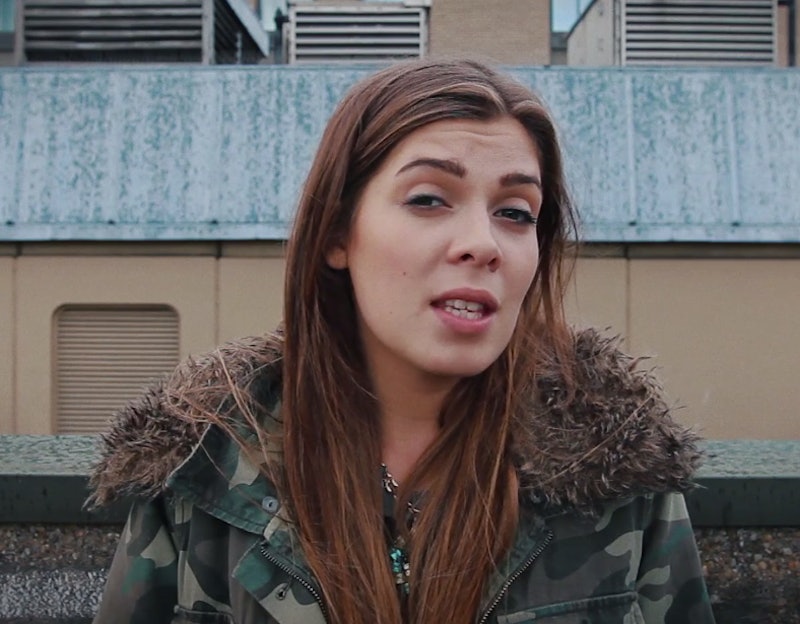 All too often in this country and around the world, abortion is treated as something inherently political, something radical and radicalizing that's part of a conflict on a national scale. But spoken word poem "I Think She Was a She" by Leyla Josephine teaches us that the decision to have an abortion or not is an intensely personal one.

We live in a world where dozens of laws are proposed each year to regulate women's bodies and control their choices, where states repeatedly try to shut down legal abortion clinics or enact 72-hour waiting periods for abortion, where it's OK to raise money to ban abortion, but not if you really need to have one, and where people not only scream and throw things at people walking into abortion clinics, but where the Supreme Court refuses to even make them stand at a reasonable distance. And yet in spite of all of this, choosing to have an abortion is not something that should have national implications, or some sort of political action. It's a deeply emotional, personal choice that women make based on their own unique circumstances.

Which is why it's always wonderful when people come forward with a narrative that humanizes the issue — when Wendy Davis talks about her decision to terminate a pregnancy or when a woman films her own abortion to show how un-horrific it is. Because the truth is that this is a human issue, about human people making a difficult choice, whatever the choice may be, and demonizing them or their decisions, ignoring the humanness of it all, does no one any good.