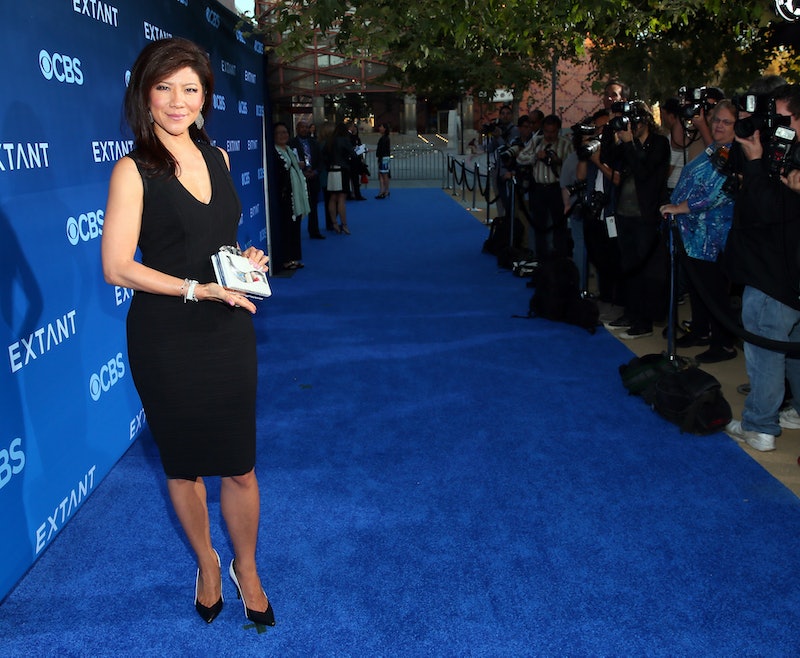 When it was revealed on Wednesday afternoon that hated houseguest Frankie Grande would appear on The Talk after the Big Brother 16 finale, people were pissed. Really pissed. How could this lying yahoo get more screen time, and not the victor? Well, during the very last few seconds of the season finale, host Julie Chen gave us two bits of great news. One, Derrick was the Big Brother winner, and two, that Derrick would also appear on her show The Talk on Thursday morning. And thank goodness.

It made no sense that Frankie would be the houseguest to appear on the morning show circuit — not only was he voted off, oh, I don't know, basically a year ago, he is widely disliked, and did not make it into America's Top 3. If he's not even a top tier fan favorite, then who in their right mind would tune in to see him play it up for the cameras post-finale? No one.

Which is why the addition of Derrick to The Talk's guest list is so huge. It will give the rightful winner of the $500,000 prize a chance to explain more about his game, his motivations, and what he'll do with the money. Sure, Frankie will probably still be there, but at least Derrick will be the focus. At least, he should be the focus, but then again, Frankie was able to make himself the star of Derrick's big cop reveal (you saw Frankie waving and pointing to himself, like an eager third grader who wants to share with the class he knows how to spell "recess," right?) so, you never know.

Here's hoping Derrick is the star of Thursday's The Talk and Frankie's just there to continue to suck up to Ms. Chen.