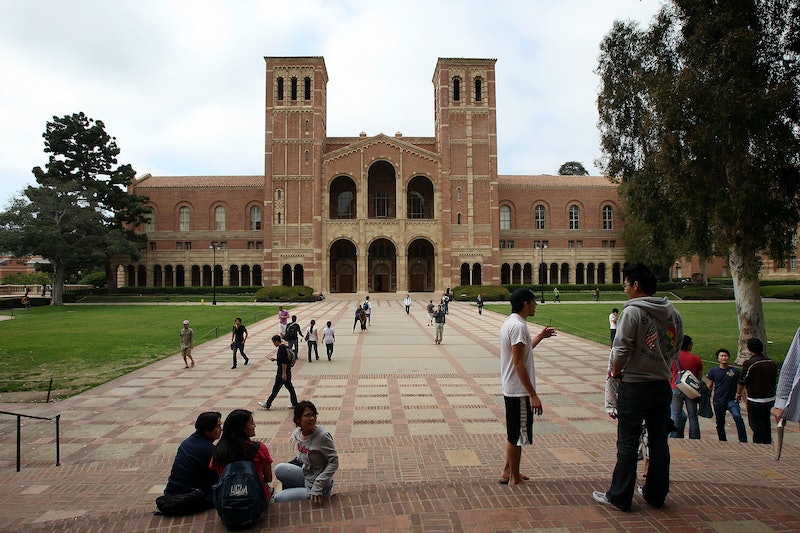 In case you wanted to start your day off with some disheartening statistics, a new Huffington Post analysis says that only 30 percent of students found responsible in sexual assault cases are expelled and 47 percent are suspended. Huff Post received this information from about 40 colleges and universities across the country (12 colleges they reached out to did not share the info, including University of Notre Dame, MIT, and U.C. Berkeley).

While there are a variety of campaigns going around about rape prevention — take for example various new iPhone apps that attempt to curb sexual assault, various White House PSAs, changing regulations on Greek Life around various college campuses, and even new legislation to prevent sexual assault — there isn't much discussion surrounding the severity of punishment that should be imposed on people who rape or even clarity surrounding the issue of what is and isn't sexual harassment, sexual assault, and rape. Should they be categorized and treated differently? And how severe should the treatment of each be? Huff Post was able to obtain a chart of sexual assault sanctions from the U.S. Department of Justice, showing different schools and their treatment of sexual assault, but how did these colleges define sexual assault? What if a certain university reprimands only those who engage in non-consensual sex (which, don't get me wrong, is important and rightfully done) but does nothing about other forms of sexual harassment because their definition only includes "non-consensual sex?" It's important to start including definitions of sexual assault and harassment so colleges can't continue to find loopholes and grey areas.

One of the comments on the article says,

"Expulsion from school is not an appropriate punishment for such crimes but its really the worst punishment the schools themselves have to authority to give. All rape allegations should be handled by local authorities."

When it comes to taking measures against those responsible for sexual harassment and rape, should the college be responsible or should the authorities handle the case? It is, in fact, a crime. But it's also important to that authorities don't do much about sexual assault either; in fact, most sexual assault cases are ignored, dismissed, or not properly followed-up by authorities. So instead of worrying about who deals with the rape, we should focus on making sure everyone ACTUALLY DEALS WITH THE RAPE. Universities are responsible for actions that happen on their campuses when it's brought to their attention. Authorities are responsible for crimes that happen on campuses when it's brought to their attention. We need to work on ending rape culture in general, but lets also talk about reforming the current system of punishment (or lackthereof).