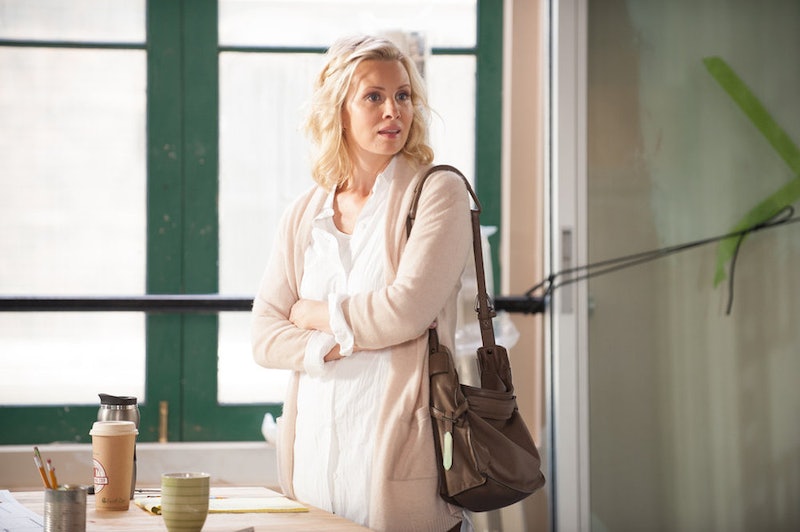 The sixth and final season of NBC's Parenthood is now underway, which means the countdown to something heartbreakingly devastating has officially begun. As though hasn't already made us shed enough tears over the course of five emotional seasons, showrunner Jason Katims promised viewers that Season 6 would bring a "huge new challenge" to the Braverman clan. He came just short of outright confirming that one of the family members is about to bite it, although actress Monica Potter put any doubts to rest recently in an interview with E!Online: "I know that there's something that is monumental that happens, but none of us really know yet," she said. "We haven't gotten the scripts. It's going to be someone. I don't know, I have a guess of who it is. I think one person might know and it's probably the person that it's going to happen to, but nobody else does."

Most of the death speculation centers around patriarch Zeek, simply by virtue of him being the oldest Braverman. That speculation gained credence when Zeek suffered a fainting spell in the season premiere. But since he feels like the most obvious option, some people are expecting a twist — perhaps his wife, Camille? She's not in any apparent bad health, but she's getting on in years, too. But what if the impending death isn't one of the grandparents at all? What if Potter's elusive statement is really hiding the fact that her character is going to be the one to pass away?

It's kind of shocking that we haven't already considered this option — after all, Kristina is the only Braverman who has actually had a serious health concern in the five seasons of the show. She was diagnosed with breast cancer at the beginning of Season 4, and although she was officially declared in remission by the end of that year, there's always the chance that she could get sick again.

According to WebMD (a.k.a. the most reliable source for hypochondriacs everywhere): "Breast cancer can recur at any time or not at all, but most recurrences happen in the first 5 years after breast cancer treatment." And under the list of risk factors for recurrence is this bullet point: "HER2. This gene triggers the growth of cancer cells." HER2-positive is the specific type of breast cancer that Kristina had. Occurring in only 20-25% of breast cancer patients, it is "much more aggressive and fast-growing than other kinds." It has now been two seasons since Kristina's battle with HER2. If she were to relapse now, it would indeed be shocking, but it actually wouldn't be very surprising.

Understand that I'm certainly not advocating for Kristina to die. I'm just looking at the facts here and realizing that, of all the Bravermans, she seems the most undeniably at risk. But if I have to sit through any more scenes of her recording tearful videos for her children, I will lose it.

As for Potter's statement that "one person might know and it's probably the person that it's going to happen to," which clearly seems to imply that she's not that person? Yeah — like she'd be the first person to tell a bald-faced lie for the sake of secrecy.