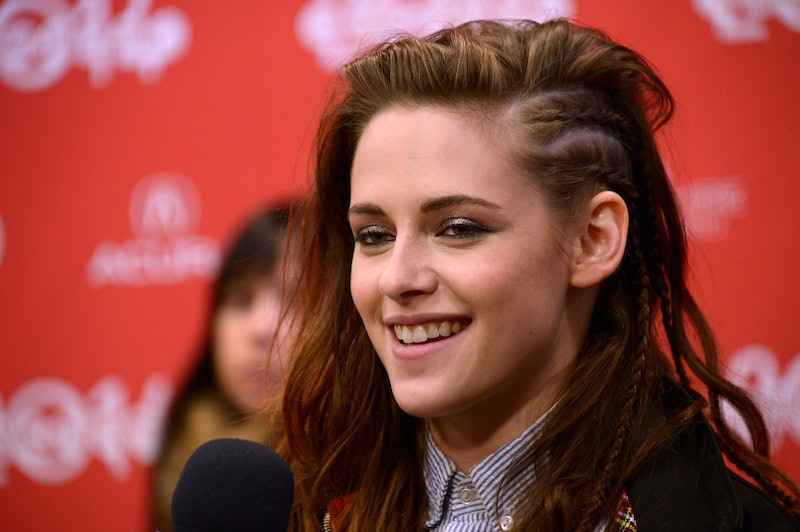 Even famous hearts have to break, mend, and move on, and there's rumblings in the water that Kristen Stewart and Nicholas Hoult, both still fresh from highly publicized splits, might be finding a little solace in each other. Page Six reports that "the pair, co-stars in the upcoming Equals, were seen cozying up at a Cinema Society bash for Stewart’s new film Clouds of Sils Maria at Omar’s." COZYING, eh? Of course, it is Page Six, so the grains of salt are ripe for the taking. But Hoult and Stewart don't seem like such a far-fetched pairing. In fact, they have a whole hell of a lot in common, and more so recently. Let's look at the facts and while we're at it make some fun conjecture.

So clearly, Hoult and his former lady friend Jennifer Lawrence are no longer together, as she's eclipsed Goop in Chris Martin's uncoupled heart. Hoult and Lawrence, who we loved together in X-Men and IRL broke up right around the time she started steppin' out with Martin, so we know that long-distance relationship is over. And Stewart's ex-beau, real-life vampire Robert Pattinson has paired up with the inimitably badass FKA Twigs — looks like he loves a lady that just does not give a damn.

So Hoult and Stewart are both freed up to sow their wild oats. And dang, have they been spending a lot of time together, not just in filming Equals. They did their ice bucket challenge together, which, in this day and age, is basically having a common-law marriage. And we already know they have a ton in common, like being child actors and having former relationships that everyone was all abuzz over.

But as we know, Hoult was recently, super-awkwardly asked about Lawrence's nude photos being released, and he handled it as best as he could, saying that "it was a shame." And at the party where the pair was allegedly "cozying," Stewart said of the film Clouds of Sils Maria that "she liked the script because it makes 'comments about how insane the media can be.'" So the two could just be fakin' it in a James Franco style "holding the mirror up to Hollywood" to show the media how crazed they are over the tiniest conjectures (myself included). If they're dating or not, I am pro this pairing, cause they're both pretty badass. May they cozy on forever.