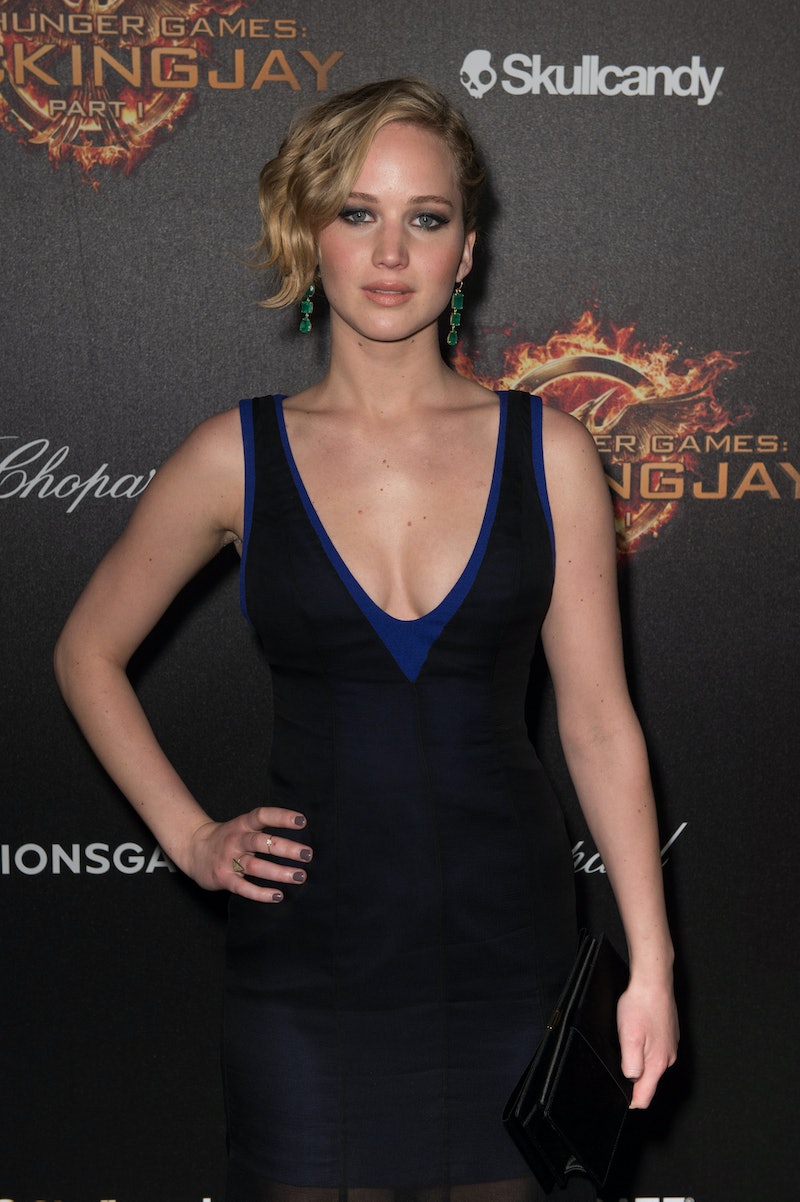 We need to talk about how, reportedly, Jennifer Lawrence and Chris Martin just broke up when I wasn't even really convinced they were dating in the first place. Seriously, they completely failed to convince me that this was a real relationship that happened. The media also failed spectacularly when they somehow never caught more than a single picture of them together. (OK, and also that super blurry one, but that barely counts.) Can someone, for the love of Martin Lawrence, explain how this was a real thing? I'm not convinced and by the time I'm finished here, you won't be convinced either. That's how good I am... Actually, it will just show how unbelievable the Martin Lawrence relationship was. It basically confirms by itself that it was a ghostlationship.

Let's break it down.

Really, world? Was this the best you could do to convince us that these two were a couple that cared for each other for a few months? At first glance, it doesn't even look like the actress and the singer are in the same photo. Martin is just in the background, walking a different way, probably out to do something more real than be in a ghostlationship.

According to an enlightening interview with Vanity Fair , we all found out that to date J. Law, you need to like eating, be pretty chill, not care about farting in front of your partner, and watch trashy reality TV. Does any of this song like Chris Martin? To truly know, we would need to ask Gwyneth Paltrow... and I don't know how that would work out.

Can we really believe that the next choice for dating material after Martin and Paltrow "consciously uncoupled" was Jennifer Lawrence? J. Law is the opposite end of the Goop Spectrum with Ms. Goop herself on one end and fart-loving J. Law on the exact other end. This swing was too far for me to believe that Martin was doing anything other trying to get as far away from kale and overpriced basic clothing as possible.

Martin Hung Out With Gwyneth A lot

I'm all about staying friends with an ex and being adults about raising children together, but when you are seen more often with your ex than with your hot, new girlfriend, then I'm going to say that not everything is what it seems.

What about hating long-distance relationships?

J. Law's relationship with the handsome Nicholas Hoult apparently didn't work out because the long-distance was hurting them. So the natural choice was to date an often touring musician? The heart may want what the heart wants, but the heart would have to be pretty silly to think this would work out.

Martin Lawrence was not meant to last

When was the last time you heard or cared about actual Martin Lawrence? If your relationship nickname is literally an actor who is no longer relevant, the ghostlationship was never meant to be. When I google "Martin Lawrence" and click on "News," the only results are for Chris and Jennifer. Sorry, Martin Lawrence, but your name does not bode well for young lovers.

Basically, this was never going to work, so if their breakup is hurting you, please re-evaluate your priorities and call me in the morning.