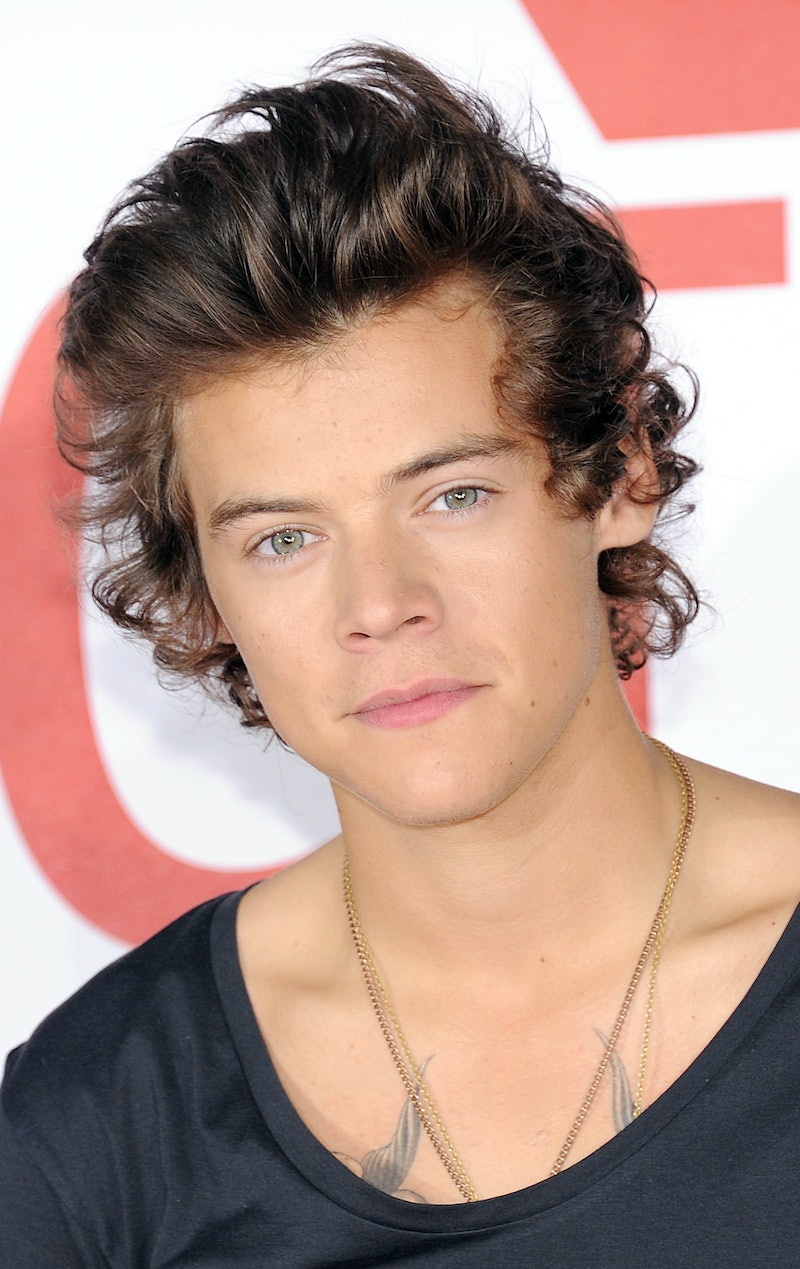 Harry Styles, member of One Direction and President of Man Buns Anonymous, is good at many things. He can incite a riot of hysterical teenage girls with a snap of his fingers, have the paparazzi chasing after him and suspected new love interests at a moment's notice, or even inspire an entire pop album to be written in his honor. Unfortunately for him (and what I can only imagine are a very bruised couple of body parts), a certain winter sport can not be included on that list because Harry Styles cannot ice skate. Hate to break it to you, Harry, but a side-career of Olympic ice dancing is not in your future.

The "Steal My Girl" singer was taking part in a video shoot on an ice rink when, suddenly, disaster struck. Instead of pirouetting across the ice (and into our hearts) like the lithe, spritely boy bander we all know him to be, Harry and his truly unfortunate leaf patterned scarf took a massive tumble. Earlier in the shoot he was doing spins and tricks, and even pretending to fall onto a mattress one point (um, what is this video for, besides an advertisement for hideous scarves, btw?), but his inclination to show off eventually landed him painfully head over heels.

See? Harry immediately received some medical care which involved strapping a sling to his wounded shoulder, so hopefully all is well.

Since the floppy-haired star won't be taking any of us on dates to the local ice rink anytime soon (</3), here are a few other suggestions for winter-themed dates that might be more appealing to Harry than skating across a really hard slab of frozen water.

Building a snowman together

This is probably one frozen activity that Harry could appreciate. What better way to cement your love than by building your own version of Olaf together?

Drinking hot cocoa by the fire

Once you're done building a snowman together (or better yet, once you've gotten "Do You Wanna Build A Snowman?" out of your head), cuddling up next to Harry while sipping hot cocoa would be the best thing ever. Besides an elaborate One Direction themed wedding, of course. Whatever.

Kissing under the mistletoe

There is no other way to end a completely and totally imaginary date with Harry Styles, IMO.