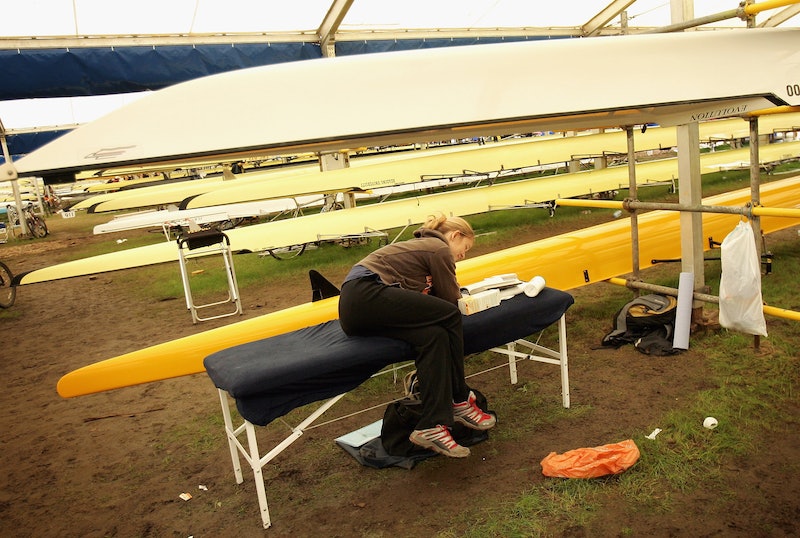 It's kind of hard to believe how many incredible debut young adult novels hit the shelves in 2014. Narrowing down the long list (the one in my head) down to only 10 was an exercise not unlike choosing which adorable puppy was the most adorable puppy in the pack. It was nearly impossible. And seriously, I did not even intend this list to end up as it did, with the top 10 being entirely female authors. But that just goes to show you how so many female authors stepped up to the plate this year to wow readers.

The 10 best debut YA novels are so diverse and varied that nearly any reader could find something on the list. There are books set in high school, on a concert tour, in Soviet-era Russia, in a cemetery, and in a dystopian version of the Everglades. There are thrillers, mysteries, romance, friendship stories, family dramas, and spy tales. You'll laugh out loud and look strange on the subway, and then you'll have to hide behind the hard copy because you're crying and look even more strange on the subway. And you'll be flipping those pages so fast you'll have to be careful not to rip them.

Before getting into the top 10, there's a quick honorable mention. Danielle Paige's return to Oz, Dorothy Must Die , where all of your favorite characters have become the corrupted rulers of the magical land, would definitely have earned a place on this list. However, if we're getting super technical, it's not Paige's debut, because her e-novella No Place Like Oz was published in 2013. But it's super-fun, especially if you're a Baum fan, and it's a must-read for anyone who has dreamed of wearing those ruby slippers.

Jennifer Longo's YA debut Six Feet Over It is unlike anything you've ever read before. It's a beautiful family, female friendship, and quirky story all rolled up into one. Leigh's eccentric father moves the whole family into a cemetery, aka memorial park, and Leigh is stuck selling gravestones to grieving families after school. You'll laugh out loud and then clasp your hand over your mouth because you can't believe you just LOL-ed at a death in someone's family. That's some seriously well executed dark comedy. But just when you think it's all crazy fun, that's when the waterworks hit.

The Truth About Alice by Jennifer Mathieu (Roaring Brook)

These days, we need books like Jennifer Mathieu's The Truth About Alice that speak plain truths about high school bullying — particularly for young women. The main character is being relentlessly bullied by her classmates after someone she is rumored to have slept with died in a car accident. But the book is incredible not just because of its topical, relevant subject matter, but it's because of how deftly and compassionately Mathieu handles it. She doesn't dip into saccharine, after-school special lessons, but rather allows all participants, from the bullies to the friends of the victim to finally the victim herself, to tell their portion of the story without making personal judgement.

You've never read a witchy novel quite like Sally Green's Half Bad , which is the first of a new series. The story is set in modern-day England, and everything feels like everyday normal life, except there's an undercurrent to realistic society that contains a battle between White witches and Black witches — i.e. good versus evil. Except it's not as clear-cut as the witches may want to believe. Sixteen-year-old Nathan is born of a White witch and the most notorious Black witch in history, Marcus. On a witch's 17th birthday, their true lineage comes to light, and Nathan is struggling with both sides of his heritage. Through this fantastical story, readers are confronted with so many real-life societal issues, about nature versus nurture and how history is written.

If you're looking for a great female friendship novel, you must check out Emery Lord's debut Open Road Summer . After a breakup, teenager Reagan heads out on the road with her celebrity country singer best friend Lilah Montgomery as she goes on tour. But then, there's Matt, the new, super-hot opening act for her concerts, who Reagan quickly falls for. The story has a lot to say about friendship, particularly between women, new love, and celebrity culture — but most of all it's an incredibly fun, vicarious read that will have you wanting to set out on the road yourself.

I will admit that I was first drawn to The Vigilante Poets of Selwyn Academy for the title's reminiscence of Dead Poets Society , and while they ended up being (clearly) two very different stories, I was not at all disappointed I did. A Minnesota arts school is hosting a reality show called For Art's Sake, much to the dismay of student Ethan and his friends. So, they decide to ruin it. Ethan writes a long poem in the spirit of Ezra Pound detailing the evils, corruption, and sleaze of the reality show, and he distributes it across campus to much praise. Meanwhile, we hear the backstory of Ethan's arrival at the school despite having very little artistic ability. The story is so alive, so vibrant and witty, and it, at it's heart, is about friendship and just how poetic it can be.

First of all, you're going to have to tear yourself away from the absolutely stunning cover in order to get into the pages, but when you do, you won't regret it. Ava Lavender is a completely normal human girl — except that she was born with bird wings. The result is a gorgeous, multi-generational novel imbued with magical realism about a family cursed in love. Walton's story reads like a myth, but still the emotions feel very, very real and modern.

Love Letters To The Dead by Ava Dellaira (Farrar, Straus and Giroux Book for Young Readers)

High school and college students take note: Sometimes what you think its just a dull English class assignment could change your whole life. In Love Letters to the Dead , Laurel's assignment is to write a letter to a dead person. As Laurel chooses to write about Kurt Cobain, readers learn that she is drawn to the Nirvana frontman because he died young just like her older sister May, who loved him. She writes about Kurt Cobain because her sister May loved him. To learn how to grieve this loss, Laurel writes letters to many others who have died young — from Janis Joplin to Amelia Earhart. The story is poignant, and it beautifully talks about the complicated relationship between sisters.

Even if you're not into historical fiction, you need to get your hands on Sekret . And once you get your hands on it, you won't be able to put it down. It's a gripping story set during the early 1960s Soviet Union, where 17-year-old Yulia Andreevna Chernina learns that she is psychic. She is forced by the KGB to use her gift to support their cause, one she doesn't believe in, and undermine the U.S. space program. Smith's love of Russian history is so clear in the story; the setting envelops you, and even with its abuses and horrors, her description of Soviet-era Moscow and Berlin is brilliant. And reminder: Pick it up when you have some time, because its twists and turns, suspense, and high-risk situations will have you reading and reading.

If you love movies like Saoirsie Ronan's Hanna or Haywire with some kick-ass female assassins, you're going to die for The Murder Complex . Beware: There is some blood-soaked action, but it's so beautifully crafted by Cummings that it doesn't have to rely on cheap violence for the plot. In a world where all human diseases have been cured, overpopulation is destroying society. To fix this issue, the society starts The Murder Complex, which tracks the human population using programmed assassins. In what used to be the Everglades, 16-year-old Meadow has been trained her whole life to survive — that is until she bonds with one of these assassins. The result is completely chilling, and don't worry: Yes, there is a sequel coming.

High school junior Liz Emerson survives her suicide attempt — she drove her car head-on into a tree — but that's not the end, and rather the beginning of the story Falling Into Place . From the opening line, "On the day Liz Emerson tries to die, they had reviewed Newton's laws of motion in physics class. Then, after school, she put them into practice by running her Mercedes off the road," it's easy to become completely enraptured by Zhang's novel. The nonlinear story is told by Liz, a true unreliable narrator, as she flashes back to the days leading up to her decision as she clings to life in the hospital. It's truly insightful, heartbreaking, and powerful, and yet told with such a light hand that it doesn't feel like it's trying too hard to earn your tears.