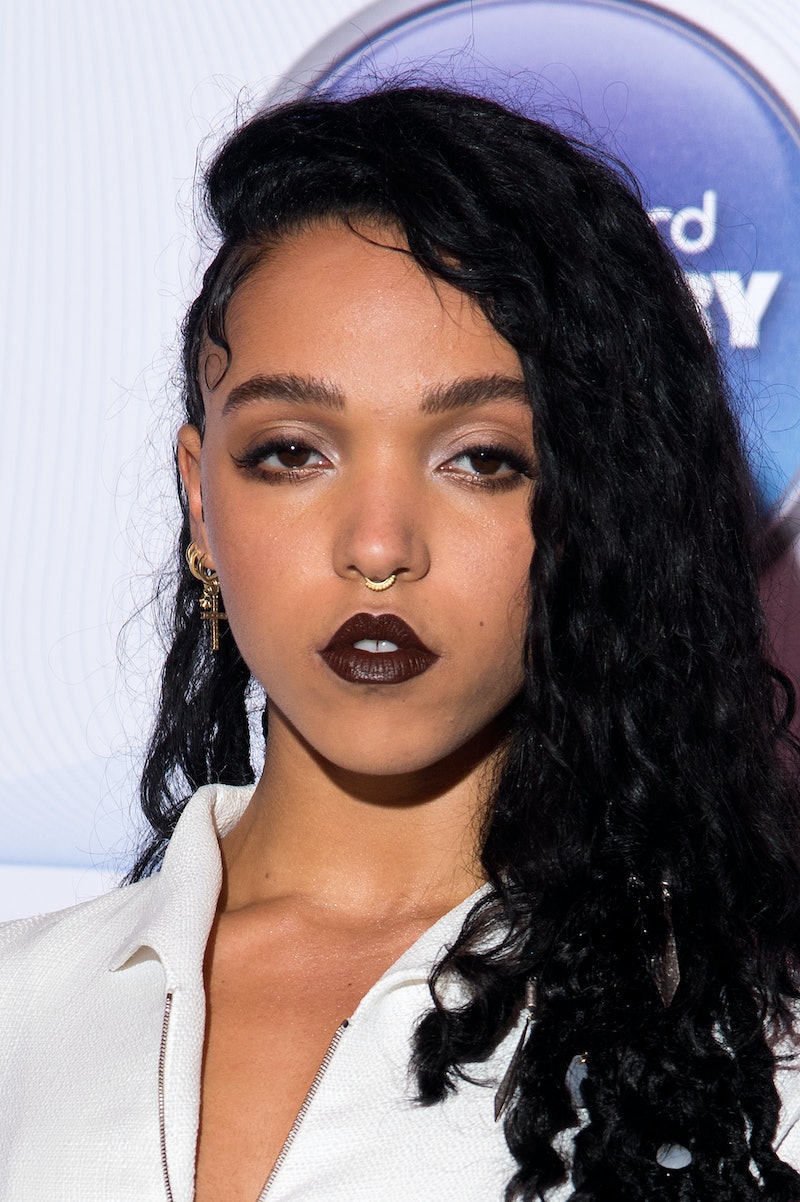 Fire up your indie love engines, folks, because it's very possible that Twigs-Pattinson has just DTR-ed. When addressing the gross and "vacuous attention" that accompanies fame in a recent interview, I think that FKA Twigs spoke about Robert Pattinson and indirectly confirmed their relationship. Everybody think wishfully with me for a second.

USA Today spoke to the the British singer/dancer about her creative process, her U.S. tour, and her enchantingly bizarre music. Addressing the less glamorous side of notoriety, she also revisited the grossly racist attention she received on Twitter when news broke that she was allegedly dating Robert Pattinson. But because she's a queen, the vitriol of "14-year-old kids that should be in bed" (HAH, YES!) can't distract her from the joy making art or and being in love. She said,

I really enjoy the fun of putting something out and people liking it or hating it or talking about it, but vacuous attention, it feels disgusting. It's like a hangover... It's weird, I know that's not really because of me or what I'm doing... [but] the positivity that I get from (my relationship) makes the more challenging aspects... very worth it.

Love conquers all, especially the motiveless malignity of teens on social media. As Teresa Giudice once said, "Haters are gonna hate, I just love, love, love."

While FKA Twigs doesn't explicitly declare that she and Pattinson are going steady, the kind of "vacuous attention" she refers to (i.e. the kind of tabloid/troll attention attached to anyone dating Edward Cullen) is likely associated with him. It's great to see that Twigs, in her classically cool yet biting fashion, is approaching the melee with a sense of perspective. Not to mention, it's nice to get some first-hand confirmation of the fact that all the shipping speculation is pretty much a sure thing. Keep on loving, you crazy kids.