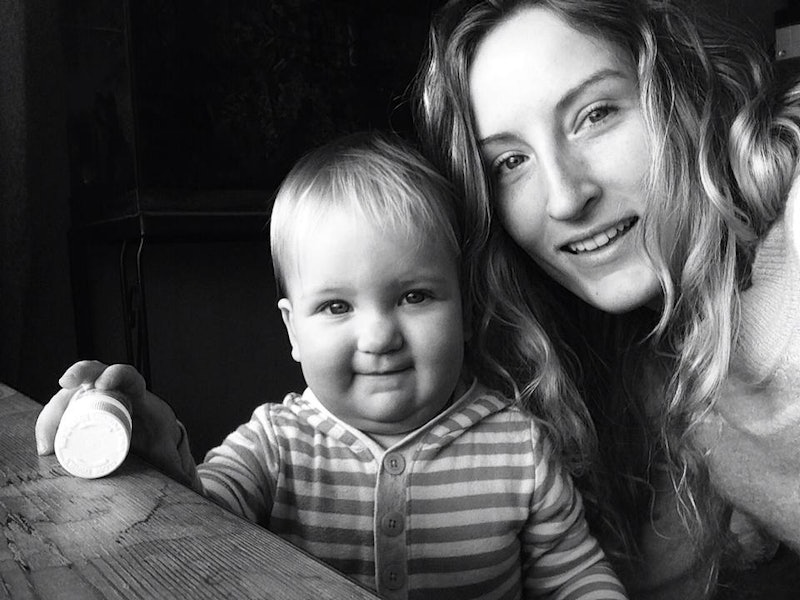 I have never thought more about the dangers and inconveniences of being born female than I have since my first niece was born nearly two years ago. Don't get me wrong — I absolutely love being a woman, but we truly are expected to live in a very different world than men. The double standards women are held to are infuriating, and the gender stereotypes we are constantly being assigned not only suffocate us, but also often restrict our male peers from doing what comes naturally to them as well.

We learn from a relatively young age to avoid poorly-lit parking lots and keep continuous watch over our drinks — or face the consequences. The media consistently portrays us as sexual objects, and for some reason that I will never understand, society conditions us to see our fellow women as competitors, rather than comrades. The worst part is that all of this is still considered normal.

The struggle for gender equality and the decimation of rape culture may never truly end, but I sincerely hope that by the time my nieces are legal adults they'll be able to take the following 11 things for granted. Call me optimistic, but I have to dream — for all of our sake.

1. wearing whatever they want without fear

When I choose a walk in the park over a sweat session at my gym I do so knowing I cannot wear yoga shorts (or really any shorts) without enduring uninvited catcalls. Unfortunately, our society teaches both boys and girls that women who wear revealing clothing send the message that attention is being asked for, and that if attention is being asked for, men are entitled to comment on women's bodies. Wrong.

You know why I want to wear yoga shorts in the park? Because it’s hot as hell outside — not because I can’t go another minute without hearing randos and pervs yelling, “that ass!” as I'm trying to get my fitness on. I hope my nieces live in a world where worrying about that simply doesn't occur to them. Which brings me to...

I hate that I can’t even walk to the gas station down my street after dark without the possibility of facing street harassment at best — and assault at worst. And the aforementioned park? Forget about it. What makes all of this worse is if harm were to befall me on one of these nighttime ventures I would likely be held responsible, at least in part, for taking the risk. I hope my nieces have the freedom to walk where they want — whenever they want.

3. Birth control being covered by insurance

I am fortunate enough that my birth control has been covered by my insurance for about two years. However, the first year I was on birth control, I wasn't so fortunate. Every month, I had to shell out or face the consequences: severe, debilitating, vomit-inducing cramps, blinding ovarian cyst pain, and unwanted pregnancy. Now, thirty dollars a month may not seem like much, but when you're a 21 year old college student living off minimum wage and refusing to dig yourself a student loan debt grave, thirty dollars might be the difference between feeding yourself and paying your electric bill.

4. Never having their sexuality scrutinized

I realize this applies to every gender, but there are differences in how it applies to women: If a man stays single in his twenties, and he's not super effeminate, people usually just assume he’s playing the field. If a woman stays single in her twenties, "feminine" or not, people tend to assume she’s either in the closet or that there's something wrong with her.

Oh, and if you chop your hair short, hold hands with your female friends, or stay a virgin for too long, some people will think it’s OK to tell everyone they know that you’re a lesbian. I hope my nieces never have to deal with that scrutiny — or live in a world where being a lesbian would be considered negative in the first place.

5. the fact that being asked about their reproductive plans is inappropriate

As long as I’ve been capable of intelligent speech people have been asking me about babies. "When? Where? How many? Before marriage? After marriage? Don't wait too long!" The truth is, I’m only 24 — and I’ve never really felt compelled to give birth. Maybe I will someday. Maybe I won’t. Whatever I end up deciding, I will never understand why my reproductive plans are considered an appropriate conversation starter. This is my uterus, ovaries, and vagina we're talking about. It could not be more personal.

6. Never hearing praise for their accomplishments followed by the qualifier "for a woman"

Put simply, this is pure, unadulterated, bullshit. In what world is debasing my gender supposed to be taken as a compliment? A simple, "well done” will suffice, thank you.

8. Never feeling the pressure to have it all — or be it all

Women constantly feel the pressure to be everything at once: We're supposed to be smart (but quiet about it); strong (but sweet); fun (but responsible); willing (but hard to get ... though not too hard to get). We're supposed to be hot, pretty, sexy, classy, beautiful, and gorgeous all at once. We're supposed to be successful, but not so successful that we emasculate the men in our lives (because, yes, for some reason we are also held responsible for their feelings). I hope my nieces never hear the phrase "having it all" — and I hope they never feel the pressure to be it all.

9. Never hearing that having a successful career means sacrificing love and family

Women should not have to feel guilt-tripped into choosing between keeping their partners and starting families or keeping their careers. Choosing to be a stay-at-home mom is 100 percent awesome if it’s what you want, but having a career and being dedicated to ir does not make you a bad mom, wife, or girlfriend. That doesn't mean you can always "have it all," but I hope my nieces at least live in a world where suggesting that being successful means sacrificing a family is considered antiquated.

10. feeling their body is beautiful — as it is

Women have always been held to impossibly high standards of beauty, and I fear it’s only getting worse in this era of mega anti-aging and the almighty ass shot. We are constantly bombarded with the pressure to be thin (but not too thin), just the right kind of curvy, (whatever that means), feminine (but strong) ... and god help us if our complexion doesn't look like a damn baby's. Its madness. Our bodies are constantly changing, and we physically cannot be all of these things. I hope my nieces never feel like they have to try.

11. knowing they don't have to eat like a damn parakeet

I hope my nieces never get the salad just because it’s the least-messy option. All the yummiest foods are messy, and eating is literally just putting food in your face. It’s OK to get buffalo sauce on your cheek — get the damn chicken wings. That's one of the many lessons I hope to teach my nieces in a more equal world.