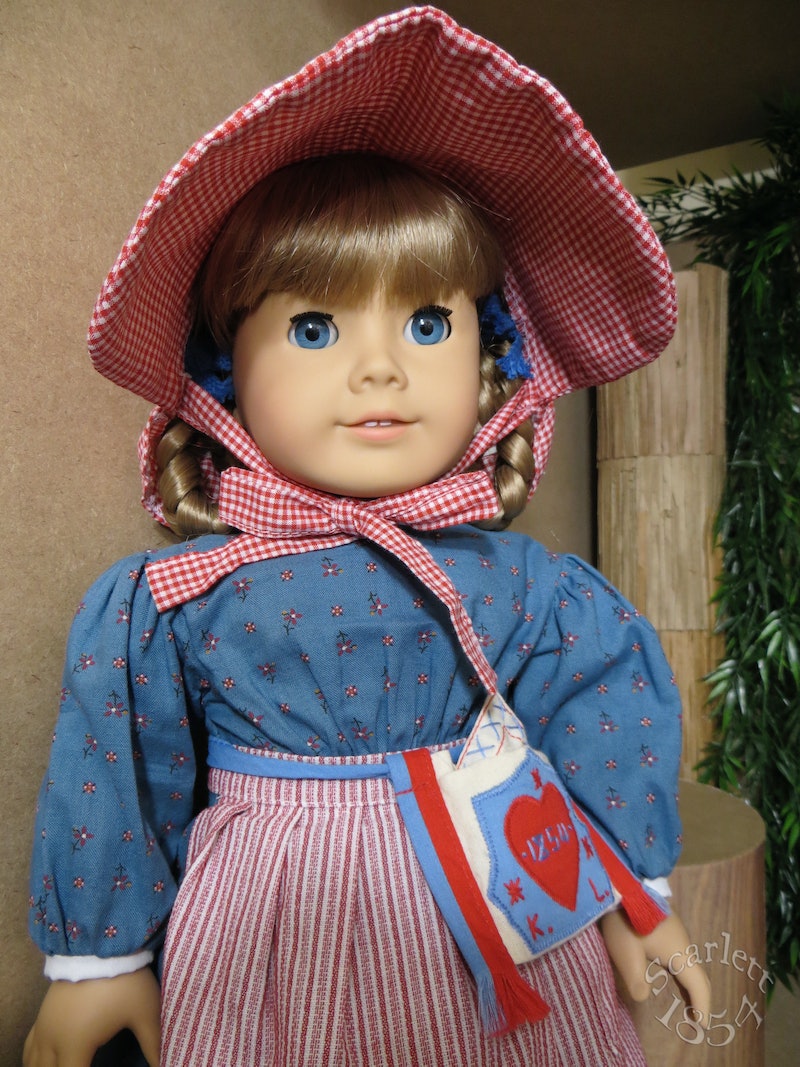 The year is 2015, and the American Girl lineup has changed greatly since its launch in 1986. The company just introduced us to the newest American Girl Doll of the Year, Grace Thomas, a 9-year-old baker and entrepreneur who apparently goes on a trip to Paris and becomes inspired to open her own bakery with her friends. Sure, Grace seems like she has plenty to offer young minds (any toy that teaches girls confidence and leadership skills is a good thing in my book), but I can't help but feel like the original American Girl dolls — the Mollys, Samanthas, and Kirstens — were, well, better. Much better.

With 25 million dolls sold to date, there's no doubt that American Girl has become a mainstay amongst domestic toy brands. But, for those of us who were lucky enough to play with some of the original American Girl dolls in our youths, it's hard not to notice that the brand in general has somewhat strayed from its wholesome, educational roots. Even if those older dolls aren't quite the valuable collector items we might have hoped they'd become, they had a sort of substance to their stories and an educational potential to them that parents appreciated at the time, and that we (the dolls' owners) appreciated in retrospect.

With American Girl sales slipping last year — about 7 percent in the third quarter of 2014 as compared to the previous year — the company seems to be chugging ahead with its modern strategy, but I'm skeptical. And anyway, the reason that sales were strong during the same quarter last year was because they retired Molly, an older doll, and people rushed to buy her. But while I hate to sound like an American Girl hipster, there's just no two ways about it: the original American Girls (circa 2000 and before) were so much better than the American Girl lineup now. Let us count the ways.

The original, core American Girl dolls used to be known as "The American Girls" collection, but they've been transformed into the "BeForever" line, which conspicuously lacks our old favorites: colonial Felicity, pioneer Kirsten, and World War II Molly. Why would a "BeForever" set of dolls cover less history than it used to? Your guess is as good as mine, especially considering one of the company's own stated goals is to connect girls with history. The newest doll in the BeForever line is from the 1970s, and although children playing with her didn't experience that decade first-hand, their family, friends, or teachers can often tell them about it. We'd like the genuinely historical girls back — you know, the ones who lacked plumbing and stuff.

I had a Kirsten doll, and one of the most memorable (and heartbreaking) features of her story was that her best friend Marta died of cholera on the journey over from Sweden. Felicity and Molly were girls growing up during active wars, which became big parts of their stories. Addy escaped from slavery. Things like fairy tales and historical fiction help children understand adversity in a controlled way — whereas today's dolls go on trips to Paris and worry about their grades. Which brings me to my next point...

American Girl really jumped the shark when it started treating first-world problems like not getting along with one's cousin as suitable variety for its previously stellar book series. With 147 million books sold to date, the books and their stories used to be a core component of the brand and not just an excuse to buy the dolls. Dealing with challenges like slipping grades and sibling jealousy are things kids should learn about, but these stories have an unrealistic happy ending. It seems like American Girl keeps lightening up on real diversity while turning up the triviality. Lame.

4. Children need imaginative play, not dolls "just like them."

A doll that has been created to look "just like you" plays to the narcissism of the self-esteem movement. It's one thing to give kids dolls that promote a positive self-image, and quite another to customize the doll down to 40 different eye, hair, and skin combinations and more. A kid playing with a doll of herself isn't challenged to learn much. Instead she is encouraged even in playtime to see herself as the center of the world. This won't end well.

5. The new dolls don't bring anything new to the table.

OK, so if the newer dolls, especially the very new dolls like 2015's girl of the year Grace Thomas, don't teach actual history to girls or encourage them to imagine very different or difficult lives than their own, then what good are they? American Girl has an easy answer: the modern girls, as well as American Girl magazine, are supposed to "affirm self-esteem, celebrate achievements, and foster creativity" while "building confidence, connecting with others, and making a difference — whether big or small." But didn't the old ones do that too, and in a more imaginative, educational, and interesting way?

Mini skirt, slouchy boots, and beret? Yawn. You're going to have to try harder, Grace Thomas — we've been wearing this stuff ourselves for years. At least the American Girl floor-length frocks, frilly aprons, and bonnets of yore were interesting and kept us (or our parents) shelling out happily for years. Because dolls are for vicarious dress-up. What's a doll without some killer clothes — ones that aren't just the same old things you'd wear in your ordinary life?

At the end of the day, it's reasonable to assume that American Girl is releasing a new doll every year not to help their already-privileged audience face the steep challenges of modern life, but to provide a new stream of revenue that will never dry up. Fortunately, it seems like there's plenty of backlash to this trend to be found online. Maybe Mattel will finally come to its senses in 2015 and turn the ship around.

More like this
What The History Of Pride Month Means For Celebrations Today
By Jay Polish
25 Quotes About Love To Share During Pride Month 2022
By Madeleine Aggeler and Emma Garza
Meet The Spice Company Founder Who Sees Chai As A Metaphor
By Madhuri Sathish-Van Atta
Remember These Ancient Pieces Of '90s Tech?
By Lucia Peters and Emma Carey
Get Even More From Bustle — Sign Up For The Newsletter