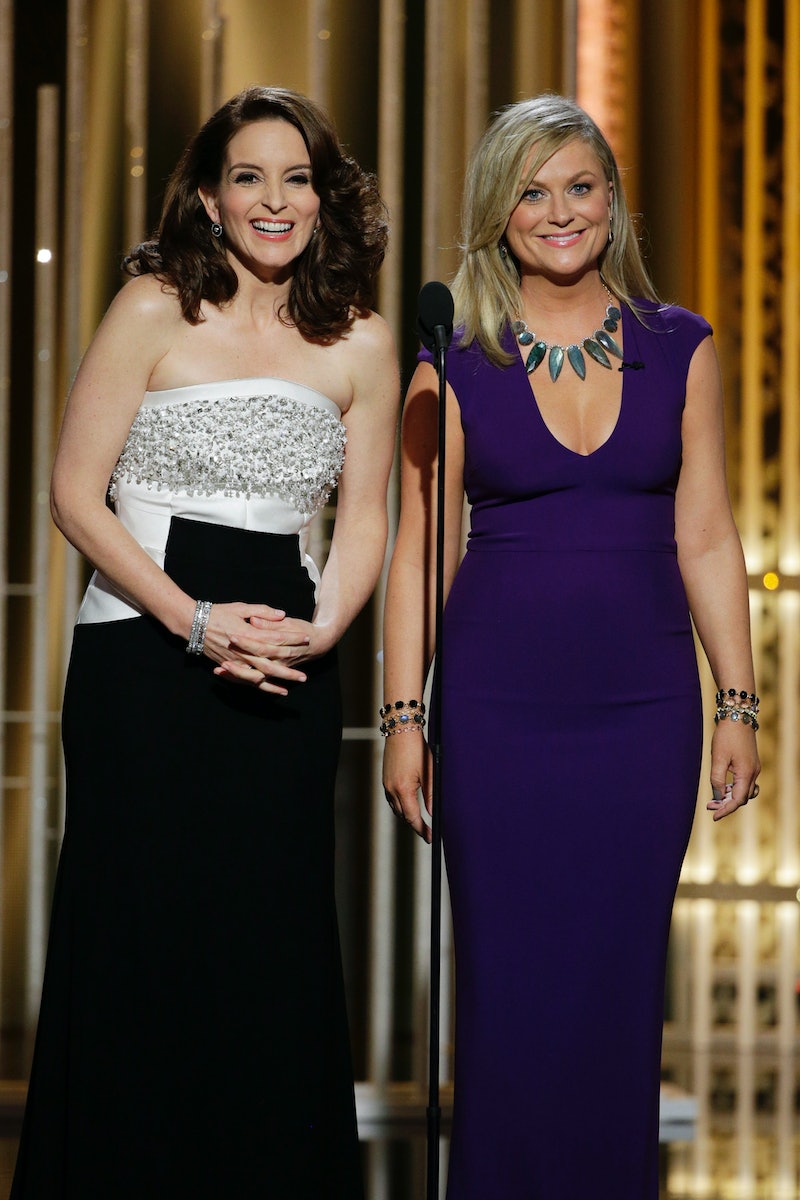 OK, let's get down to the cold hard facts here: Parks and Recreation Season 7 will be the series' last. I'm not saying I like the fact that everyone's favorite government employees will be disappearing out of our lives soon, but that's just the way things are — it's something that we as a fandom have to come to terms with. That said, now that Parks and Rec is about to start its victory lap, I think it's time we made some demands, and you know what number one on the list is? Come on, say it with me: Tina Fey must guest star on Parks and Rec .

I know, I know, Fey is busy producing multiple projects (The Unbreakable Kimmy Schmidt is already generating quite the buzz), but she should be able to carve out a little time, right? I mean, Ant-Man himself Paul Rudd is taking time out of his rigorous Marvel schedule to come back to Pawnee for not one, but two episodes, so Tina should be able to swing it. Can't you just picture it now? Tina as one of Leslie's many role models, Tina as a long-lost friend, Tina as a rival, a la Kristen Bell and Parker Posey... the possibilities are endless.

Basically, Tina has to pay a visit to Pawnee, and here are a few reasons why:

Their Chemistry Is Off the Charts

Tina and Amy just confirmed that their combined presence is basically lightning in a bottle at Sunday's Golden Globes. Some people found their Bill Cosby riffs a tad off color, but there's no denying that, overall they're gold together (and apart, for that matter). When two people are that funny together, they shouldn't be allowed to squander it — so I don't care what roadblocks are in they way, they need to make it happen. Plus, by their own admission, they've been friends for "50 years" — and that's not something to ignore.

I'm not saying Ann is in any way replaceable, but can you think of anyone better to be Leslie's new bestie?

Amy Was Already on 30 Rock

They did improv together in Chicago, they manned the Weekend Update desk together, they slayed it during the 2008 election as Hilary Clinton and Sarah Palin — they're best friend kismet; they're destiny.

This interview is from a year ago, but I'm sure her offer still stands!

Mum's the word on any official casting so far, but I wouldn't be surprised if Tina made a surprise appearance in the finale season — that would be a secret worth keeping, wouldn't it? Come on, Mike Schur. Let's make it happen.