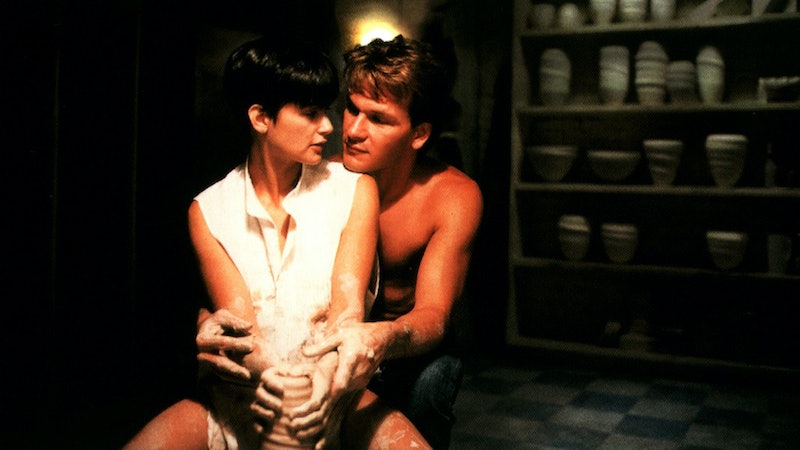 You have a lot of choices to make in this world — 1% or 2% in your latte? Regular or premium in your car? The Chipotle next to your office or the other Chipotle across the street from your office for lunch? — but none of them are as important as deciding which cinematic version of the afterlife you'd like to be trapped in for all eternity. Or blessed to be a part of for all eternity. Trapped, blessed, whatever. The important part is: you need to pick which film's version of the hereafter you'd like to live in before you die, or they're just going to throw you into Field of Dreams .

Of course, picking which movie version of the afterlife you'd like to go for is no simple task. Given your passion for tormenting yuppies, you might pick Beetlejuice , without taking into account all the monsters and teenagers that you'll be stuck dealing with forever. Likewise, with your busy life and crowded Netflix schedule, you may pick Just Like Heaven 's version of the afterlife, but when you get there, realize that you were actually thinking of 27 Dresses. Oops!

We know it's tough to keep this stuff straight. That's why we've assembled the guide below, to help you make an informed decision about one of your most important (after)life choices. Read on, decide which cinematic afterlife is for you, and go on to live a long and fruitful existence, secure that you'll get to spend eternity palling around with Meg Ryan instead of creeping around Haley Joel Osment.

Basic Afterlife Overview: Half your time is spent waiting to get approval from people you've never met on projects you don't understand, and the other half is spent playing pranks on all your coworkers, all of whom don't give a shit about their work either. It's like the job you had the summer after college ended, only forever.

Pluses: Cool shape-shifting abilities; power to control shrimp; you get to hang out with Winona Ryder (who definitely has a lot more free time to chill with you now than she did in the late '80s).

Minuses: Constant threat of having your soul destroyed by a velour-suit-wearing trickster-demon, just for funsies; sandworms; micromanaging bosses; you have to hang out with Winona Ryder (who definitely has a lot more free time on her hands now than she did in the late '80s).

Ideal For: Those who want to spend their death as they spent their life: hanging around inside a Hot Topic.

Basic Afterlife Overview: Want an afterlife that's just like a trip to a kind of mediocre spa? Then this might be the one for you! You'll get to lose your capacity for pain, dial back your emotions, and spend all day listening to mellow-ass celestial music and also possibly the Goo Goo Dolls.

Pluses: Imperviousness to physical and mental pain; ability to exist beyond space and time; probable friendship with at least one Goo Goo Doll.

Minuses: Boredom so intense that multiple angels have given up their immortality just to do dumb human sh*t like eat cheeseburgers and fall down and bone Meg Ryan.

Ideal For: Those who led an extremely harried, busy life, and are ready to just kinda kick back for a few millennia.

Basic Afterlife Overview: Don't let death stop you from touching your loved one's slip 'n' slide, in this sensual version afterlife (also, you have to protect them from murderers, but, hey, you know, nobody rides for free).

Minuses: Ability to only bang once before a group of heavenly ghosts show up who are all, "That was your last bang, now you have to come with us and hang out in eternity with the Goo Goo Dolls."

Ideal For: Those who die while in relationships with beautiful people who constantly make terrible life choices (Molly, you in danger, girl!)

Basic Afterlife Overview: There's poor administration on the other side, so no one bothers to explain to you that you're dead — which is frustrating, but can then lead to a meet-dead-cute with Mark Ruffalo (who, quite frankly, I never got the appeal of, but maybe it'll make more sense when I'm a ghost). You can also reverse the mystical tides of life and death if you're just really uptight and Tracy Flick-ish about the whole thing.

Minuses: Only have access to human partners emotionally disturbed enough to date ghosts.

Ideal For: Workaholics who don't want to give the whole control freak thing a rest even after they're supposed to be up in the clouds playing harps and shit (or at least messing with the people from Ghost Hunters)

Basic Afterlife Overview: Cool, sexy hipsters who made the cool, sexy mistake of killing themselves in really hip ways must suffer the eternal punishment of making out with each other in what appears to be somewhere near downtown L.A.?

Pluses: Can still take road trips and fall in love; might get to hang out with Tom Waits.

Minuses: Must spend eternity flopping around wanly with your hair in your face like you are posing for a fashion editorial in Dazed & Confused.

Ideal For: Those who want to make sure to get to see this cool, old school limbo before it gets torn down and turned into some lame, commercial limbo and/or a Starbucks.

The Crow (1994): The 'Gathering of the Juggalos' Afterlife

Basic Afterlife Overview: I'm not being judge-y! I'm just saying: the clown make-up, the Detroit setting, the drugs, the non-stop fighting, the way that things are constantly bursting into flame — can we really ignore the parallels here?

Pluses: Slimming leather jumpsuits; ability to heal instantly and live forever as long as this one particular crow lives forever (but that crow is definitely not going to live forever, so, I don't know, I guess enjoy it while you can).

Ideal For: Juggalos; Juggalettes; anyone who wanted to wear a leather jumpsuit in life but felt too self-conscious about it.

The Sixth Sense (1999): The Self-Sacrificing Afterlife

Basic Afterlife Overview: Being dead here is exactly like being alive except almost everyone totally ignores you (so basically, it's like temping).

Pluses: Ability to make new friends and make a positive difference in people lives; inability to see other weirdo ghosts who are way grosser than you.

Minuses: Can only function while in a state of complete denial about every aspect of your life; receive no credit for any of the hard work that you do (so, again, like temping).

Ideal For: People who loved temping!

More like this
Lisa Marie Presley Reviewed Baz Luhrmann’s ‘Elvis’ Movie On Twitter
By Grace Wehniainen
Everything To Know About Marvel’s 'Thor: Love And Thunder'
By Grace Wehniainen
Sadly, 'Fantastic Beasts: The Secrets Of Dumbledore' Isn’t Streaming — Yet
By Arya Roshanian
Laura Dern Said “Cultural Awareness” Made Her Rethink This 'Jurassic Park' Fact
By Grace Wehniainen
Get Even More From Bustle — Sign Up For The Newsletter