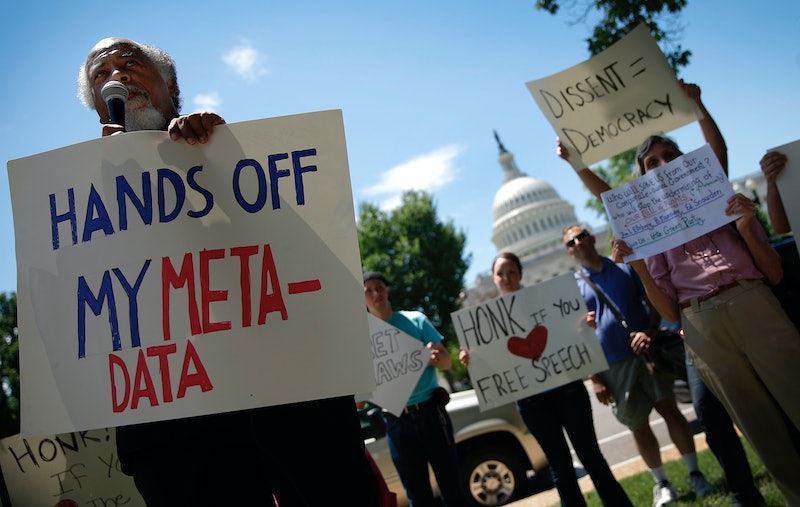 On Tuesday, Google filed a petition with the Foreign Intelligence Surveillance Court, asking for permission to lift the gag order on FISA's top-secret requests from the comapny for user information.

It's the latest in a series of PR efforts since The Guardian reported the leak of a series of classified documents that brought the NSA's top secret surveillance programs to light.

Since then, Edward Snowden, the former NSA contractor who has taken responsibility for leaking the information, has risen to spy thriller fame (though perhaps more so in his mind than anyone else's). Government officials, meanwhile, are scrambling to learn more about how this information was accessed and what that will mean going forward.

Also on Tuesday, officials from the FBI and the NSA appeared before Congress to defend themselves and the surveillance programs. According to their claims, over 50 "potential terrorist events" in 20 countries were avoided thanks to information gathered through this kind of surveillance. They cite planned attacks on the New York City subway and the New York Stock Exchange as major examples.

President Obama himself ran damage control in an interview with Charlie Rose Monday, insisting that these programs were conducted only when absolutely necessary, and with sufficient oversight.

Meanwhile, many are suspicious of the fact that a relatively low-level contractor like Snowden could access such highly-protected documents in the first place, leading some to believe that there is a mole within the Foreign Intelligence Surveillance Court or the National Security Division of the Department of Justice where the documents had been housed.

Snowden's top confidante at The Guardian, Glenn Greenwald, cryptically told George Stephanopoulos on ABC News June 9, "I am not going to confirm that there is only one individual, there could be one or more than one.”

If these systems were indeed breached on some wider level, there could be major implications for American intelligence efforts. Former NSA employees explained to The Daily Beast that if our "adversaries" were able to access this kind of sensitive material, they could stand to learn exactly who we were investigating, and how.

Meanwhile, American citizens and government officials alike have had mixed reactions to these events. This is one of those rare issues where Congress has not divided along party lines. Libertarian-leaning Republicans and the liberal Left are jumping to criticize the Obama administration for betraying Americans' trust, while his most reliable Democratic allies and more hawkish Republicans are quick to defend the administration's actions. Meanwhile, Obama's approval rating has slipped eight points from last month, despite the fact that 56 percent of Americans supported phone tracking in a Pew Research Poll.

With an ACLU lawsuit against the Obama administration, continued Congressional hearings, and Edward Snowden promising more secrets up his sleeve, this story surely isn't going away anytime soon. We'll be here with the latest.