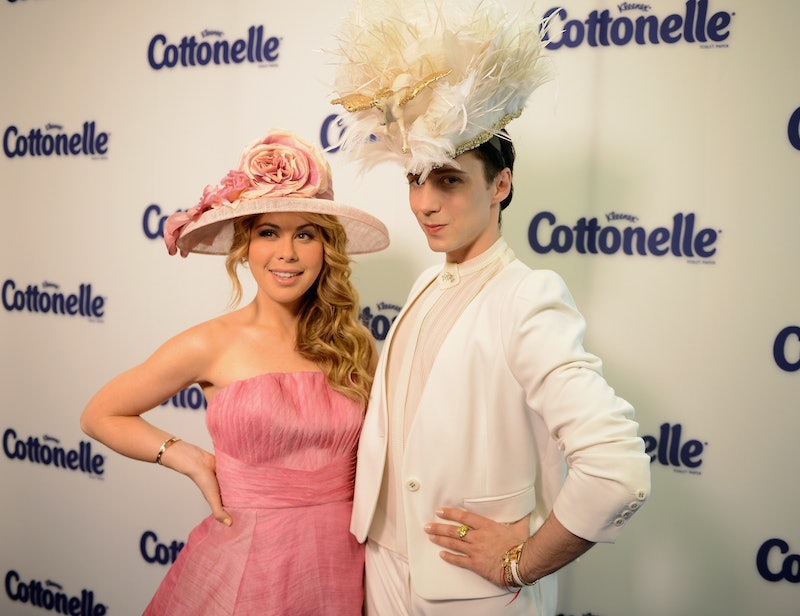 Hot diggity! Johnny Weir and Tara Lipinski are headed to Glendale, Arizona. NBC announced that the figure skating icons will be event reporters at the Super Bowl XLIX pre game show. YESYESYESYESYES. Next Sunday, the dynamic duo will interview the celebrities and VIPs gettin' their pregame on at the NFL Tailgate Party. Uh, if NBC's goal was to get me to actually watch the pre-game coverage, this was a terrific move. Weir and Lipinski are SO good. In addition to providing fantastic figure skating commentary, the best buds have also lent their talents to the Academy Awards Red Carpet and the Kentucky Derby. And they always crush it. Weir and Lipinski are shimmering, hilarious gems who should host all of the live television events.

While we're on the subject of shimmer, is it just me, or is this Super Bowl especially sparkly this year? I think it might be. And I think I might love it.

Heck, I'm going to go ahead and call it now: This will be the sparkliest Super Bowl ever. Like, the only way this football game could be any sparklier would be if Kesha was the referee who handled the coin toss. Oh my god. WHY ISN'T THAT HAPPENING!?

Here are the main players in the Sparkle Bowl:

If I close my eyes while Menzel sings the National Anthem...

The "California Gurls" singer will perform during the Halftime Show. Given that her stage shows are technicolor glitter bonanzas, I expect a hefty serving of sparkle from Ms. Perry on Feb. 1.

The rocker will join Perry onstage during the Halftime Show. He’s a gorgeous diamond of a man. And do you know what diamonds do? SPARKLE SPARKLE SPARKLE.

Super Bowl XLIX will be held in Glendale, Ariz. Unless something completely bonkers happens in outer space, there will be a sunset in Arizona that evening. If you've ever seen an Arizona sunset before, you know they are nothing short of majestic.

"But do they sparkle?" you ask.

How dare you ask that.