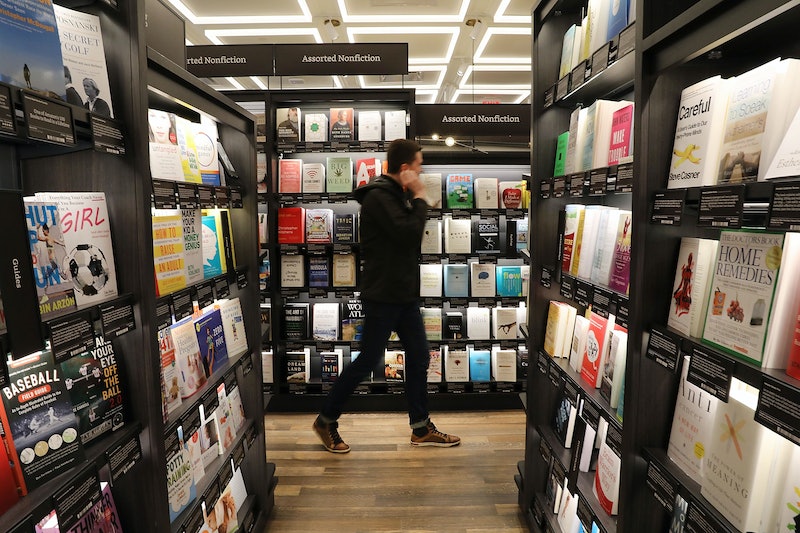 It might seem strange to call a National Book Award finalist and New York Times bestselling author "underrated," but in the case of Laurie Halse Anderson, no other word feels more fitting. The writer, best known for the 1999 classic Speak, is behind some of the most loved and praised YA books of the past few decades, yet unlike her comrades John Green or Sarah Dessen, she still hasn't quite reached "household name" status.

Yet for her fans, those of us who've been reading her books since middle school, we know that Anderson is something special. Through her honest writing, her relatable characters, and her gripping, affecting plots, the author's had a major impact on the lives of teens and twentysomethings across the globe, and 18 years after her first book was published, her influence is only growing larger. Her latest novel, The Impossible Knife of Memory , was released to rave reviews last January; a graphic novel version of Speak, commemorating its 15th anniversary, in currently the works. Anderson, it can be assured, is going to be in our lives for a long, long time.

And that's not the only thing her readers are certain about. Seven more things all Laurie Halse Anderson fans know to be true:

Speak Was Your Everything

Chances are, if you went to middle school, are in middle school, or know someone in middle school, you've read Speak. And, chances are, it meant everything to you. Anderson's most famous novel was (and still is) a staple in the classrooms and bookshelves of teenage girls everywhere, and I've yet to meet a woman my age whose formative years weren't at least partly shaped by Melinda Sordino and her horrible freshman year.

Sure, Anderson's books cover serious issues like rape, anorexia, and PTSD — but to label them "problem novels," as so many people have, misses the point. To quote the author herself: “every novel is a problem novel, right? If you don’t have a conflict, you don’t have a freakin’ novel! There’s a term that I borrowed from an English teacher… 'resilience literature.’ That’s what I write. That’s so much more respectful to teenagers.”

But They Do Tackle Heavy Stuff

Name an issue, and chances are, Anderson's probably covered it. From rape to eating disorders to self-harm, the author's written about practically everything a teenager could go through. You don't go to Anderson for "light reading."

Anderson is eloquent, and honest, and compulsively readable — and she's never, ever condescending. The author's mastered the art of writing for young readers while treating them as adults, never trivializing their issues or employing the all too familiar "wait until you're older..." tone.

Is it possible to make a book about PTSD funny? Or one about rape hilarious? As Anderson has proven over and over, it is indeed — but the comedy's going to be dark. And the moment after you're done cracking up from one of the author's perfect one-liners, you'll be sobbing into your sleeve from the heartbreaking scene on the next page. Anderson is an emotionally-manipulating master, and she makes it very hard to read her books in public.

The Protagonists Are Awesomely Feminist

It's not just that Anderson tackles female-related topics like rape and eating disorders, although that is, of course, commendable. It's the fact that her characters, no matter their issues, are so far from stereotype; there's Kate, the preacher's daughter who's a) not innocent and b) kind of terrible; Hayley, a once-carefree girl now forced to be the parent of her family; Ash, a senior from a working class neighborhood whose dreams of prom have more to do with reaching higher than filling teen-movie cliches. Every one of Anderson's protagonists are complex and contradictory individuals who, happily, stray far from the "teen girl" norm.

The best thing about the author (besides, you know, her writing)? She works fast — and has the bibliography to prove it. Anderson has 32 (!) books under her belt, from the realistic YA she's famous for to historical fiction to entire series meant for children. No matter your interest, Anderson has a book for you, and as long as she's writing, you'll never be bored.