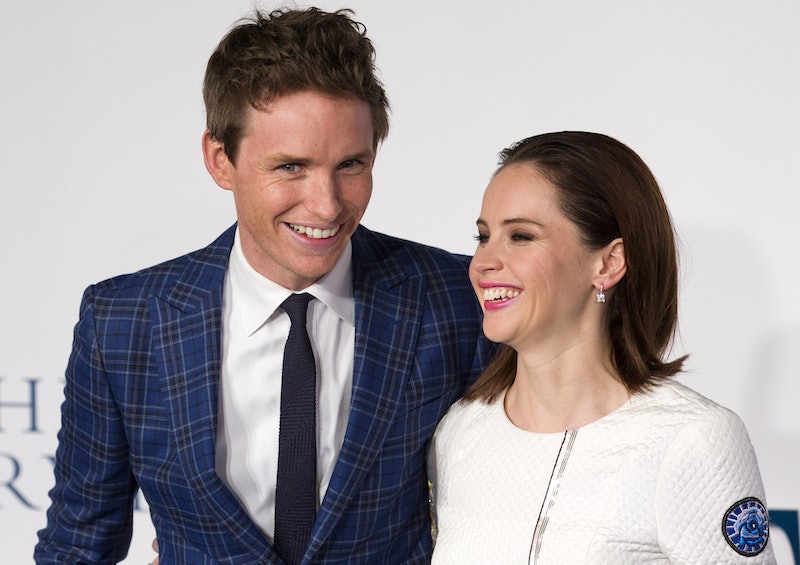 Breaking news: Hollywood, even in 2015, is pretty bad at honoring diversity. If you didn't get the memo from the 20 white actors nominated for Oscars, or the fact that a show like Empire being a major hit is a "huge surprise," or from any of the other countless ways the industry has showed its backwardness this past year, then this photo should do it for you: on Tuesday, Vanity Fair released its Hollywood Issue cover, and of the 10 actors they deemed important enough to appear, only one happens to not be white.

While the almost total whiteness of the cover is not exactly a shock, considering the similar homogeneity of this year's Oscar nominations, it is a stark contrast to last year's Hollywood Issue, which included a momentous six black actors on the front. That was half of the stars featured in the issue's spread — a major win for representation in Hollywood, especially because it highlighted not only the major non-white stars of the year, like Lupita Nyong'o, but also lesser-known black actors like Chadwick Boseman and Naomie Harris.

But in the 2015 issue, the magazine only, apparently, had room for one actor of color. And — surprise surprise! — that actor is David Oyelowo. While Oyelowo is certainly deserving of the honor, his inclusion is another reminder that the Selma star, despite his Oscar snub, seems to be the representative of every actor of color who worked in 2015. No matter the stellar performances of Gugu Mbatha-Raw, or Viola Davis, or even Tyler Perry, who surprised us all in Gone Girl; when it comes to representing Hollywood's diversity, it tends to be Oyelowo, only, whose face is shown, on the rare occasion that a non-white actor is even chosen to be honored at all.

And there's simply no reason Vanity Fair couldn't have included more non-white actors alongside the stars chosen. Last year's issue featured 12 actors, not 10, so there was clearly room to include a few more people; even more, not all of the actors chosen for this year's shot necessarily had to be there (sorry, Sienna Miller, but really, what made you one of 2015's "brightest stars?"). The magazine could've easily added some other actors of color to the mix, but instead, it chose to follow the path of the Oscars by making one of Hollywood's most pressing issues even worse.

Perhaps next year's cover will be different, considering how much uproar there was about the whiteness of 2015; maybe, by then, enough movies will have come out starring non-white actors that Vanity Fair would look irresponsible not including at least a few. For now, though, there's only the disappointment that a major magazine cover, one that's supposedly representing Hollywood's leading actors, chose to represent the industry's biggest problem, instead.

You can see the full, very white cover below: