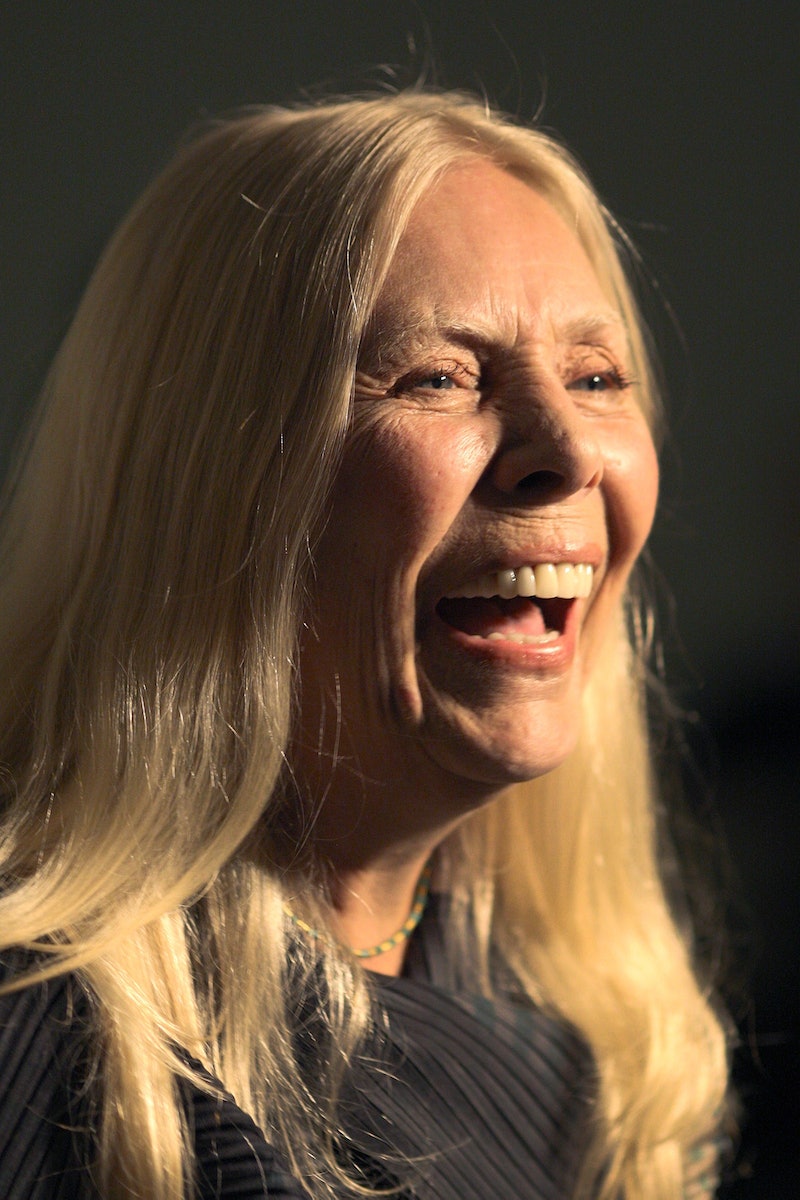 Exciting things are happening in the world of fashion. Older women are appearing in ads, plus-size clothing lines are expanding, and major modeling contracts are being administered to people who previously would have been laughed right out of their first go-see. I don't want to sound to bold but... 2015 might just be the year when all previously held fashion standards are broken. Like, for good. And it is about time.

OK, OK. Chances are there's not going to be a magical cloud of fairy dust that poofs into Fashion Week and suddenly humans of every shape, skintone, and bone structure will be seen as equally as qualified for the cover of Vogue. But progress is coming. In 2014, we saw Aerie vow to never retouch its models again. Magazines like Vogue have signed pledges to put an age limit on their models; others, like Seventeen , have pledged not to use retouching to alter their models' bodies. Now, in just the two months 2015 has been here, we've seen even more drastic strides toward removing the unattainable worldly standards of beauty.

With images of thigh gaps, perfectly square jawlines, and skin that looks like it was brushed with angel's wings, it's difficult for any female not to compare herself to all of the other images out there — real or not. But I have high hopes that 2015 may be the year where we see less and less of those heavily altered images. Sure, it might just be because advertisers realize they can get a boatload of extra press if they put a plus size model or beloved octogenarian author in their spreads, but for now, I'll take that kind of progress as better than none at all. Here, three signs of positive change that have already made a big mark on 2015.

It wasn't the first time an older woman was named the face of a fashion brand (we already had Iris Apfel for MAC and Tilda Swinton for NARS), but the Didion x Céline partnership seemed really jumpstart a new trend in advertising. Since Didion's announcement on first of the year, we have since seen Helen Mirren in a L'Oreal ad, Twiggy named ambassador for L'Oreal, and Joni Mitchell on the cover of New York Magazine. Again, that was all in one month. I can't wait for the rest of the year to follow suit.

2. Target Listens To The Plus-Size Community

After announcing plus-sized pieces from their new collaboration with Lilly Pulitzer would only be sold online, rather than in-stores, Target took feedback very seriously. So seriously, in fact, they asked three plus-sized fashion bloggers, icolette Mason, Chastity Garner, and Gabi Gregg, to help curate the line AVA & VIV, which will be sold in stores. Not only was this a great apology (well, as close to an apology as possible — the planning for the line began way before all the Lilly kerfuffle), it was a huge step forward for beauty standards.

3. Plus-Sized Models In Magazines And In Agencies

Don't get me wrong, 2014 was a year of huge strides forward in plus-size fashion, but 2015 seems like it's going to be even bigger. When Tess Munster started the #effyourbeautystandards trend on Twitter, she rocked the fashion world. And from her stance, she received a modeling contract with Milk Model Management in London. Her campaign seemed to have been a source for major inspiration: Sports Illustrated featured two plus size models in their swim issue (Robyn Lawley in an editorial spread, the Ashley Graham in an ad).

Again, we're still no where near perfect. Still, with these huge strides already spurring inspiration across the fashion world, I have a pretty good feeling about 2015.