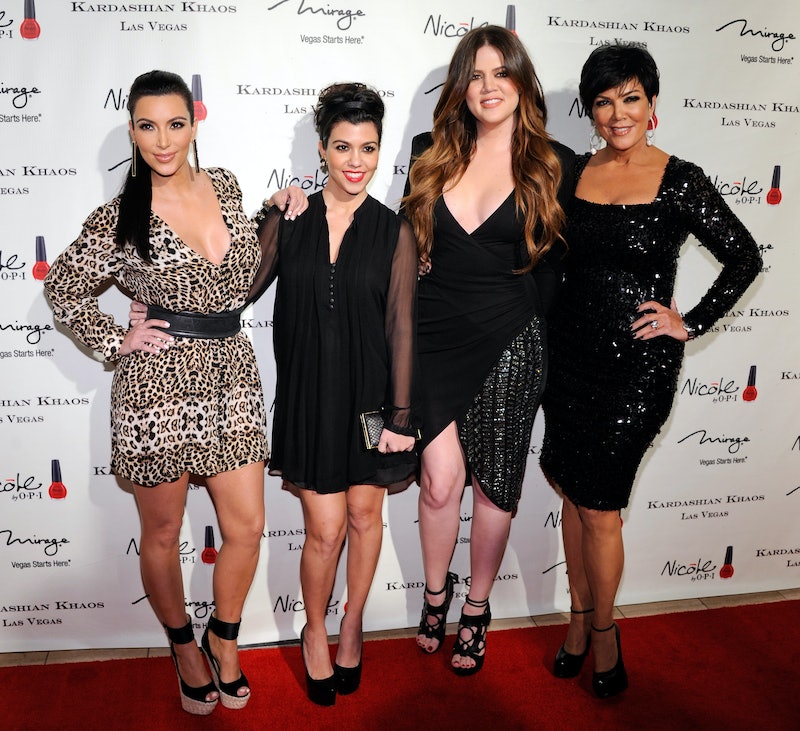 Did you hear the news? Some might be screaming with joy, while others are shaking their heads in disgust. Keeping Up With the Kardashians is returning to the E! network for four more years, thanks to Kris Jenner negotiating a $100 million contract, Page Six reports. Yes, you read that correctly. It is said to be E!'s highest deal yet, which should really come as no surprise, because you know Kris Jenner is no stranger to working her magic to get her family all of the money in the world.

According to a source who spoke with Us Weekly, "This has been in the works for almost a year. Kris is a fierce negotiator. They were not planning on leaving E!, but she was playing major hardball and threatening to leave. E! needs them."

There's no doubt that many watch E! for the Kardashian klan, and with Season 10 fast approaching some have been wondering if this would be the last time we'd see Kris, Kim, Khloe, Kourtney, Kylie, Kendall, Bruce Jenner (who will exit the series after the tenth season), and Lord Scott Disick. Well, they will be back!

As for the major money-making deal, apparently, it only applies to Kris and her five daughters who will continue to appear on KUWTK and its respective spin-off series. Even though Kanye West is reportedly not included in the deal, he will appear on the reality show. Also, I have no doubt Scott will as well.

The deal is said to not limit the Kardashians to their own reality shows, meaning they can participate in other projects. It's also reported that E! is looking into giving Kendall and Kylie their own future projects, especially since Kendall's modeling career has taken off and Kylie, according to Page Six, would like to become an actress.

So, what do you think the show will be like in 2019? A lot can happen in four years. Well, I've taken it upon myself to predict the plot lines of KUWTK in 2019. Here's what I think the Kardashians, Jenners, and Lord Disick will be up to.

Kim Will Be Taking Selfies & Parenting

In 2019, Kim will almost be 40. That's crazy, right? However, that doesn't mean squat, because you know she'll still be taking the world by storm and doing her thing. She'll probably have her second child by then with Kanye West. Also, she'll probably release her second selfie book. We'll probably see her having some tears about getting older, her adventures as a mom, and, well, taking selfies — you know she just can't help herself.

Kourtney Will Be Designing Her Home & Having More Kids

Seeing as Kourtney loves to design and decorate homes, we'll probably see her managing her own interior decorating business. Of course, she'll also probably be pregnant again, because she is one of the most fertile women on reality TV.

Khloe Will Be Kicking Ass & Will Be Happy

Will Khloe be happy in love? I don't know, but I do know she kicks ass at the single life and being independent. She's proven time and time again that she doesn't need a man to be successful. So, in 2019, we'll probably see Khloe being a badass and finally living the happy life she deserves, all while creating even more DASH stores.

Kendall Will Still Be Modeling

There's no doubt that Kendall's success as a model is going to skyrocket, and we might just see that in four years. Most likely, she'll be taking on the cover of Sports Illustrated's swimsuit issue and cementing her place among the ranks of beloved supermodels.

Kylie Will Be Taking A Stab At The Film World

You know how Kendall and Kylie wrote their own book with the help of a ghostwriter? Well, seeing as Kylie reportedly wants to be an actress, she'll probably start turning her book into a movie. Even though the book received poor reviews, when has that ever stopped the Kardashians/Jenners? Oh, and, yes, she'll also star in it the movie as well.

Kris Will Still Be Momaging

Duh. This is Kris' world. She'll sleep when she's dead, because she loves what she does — and loves making money, of course. So, yeah, as long as her daughters' are living the high life, so is Kris.

Scott Will Take His Lord Status To The Next Level