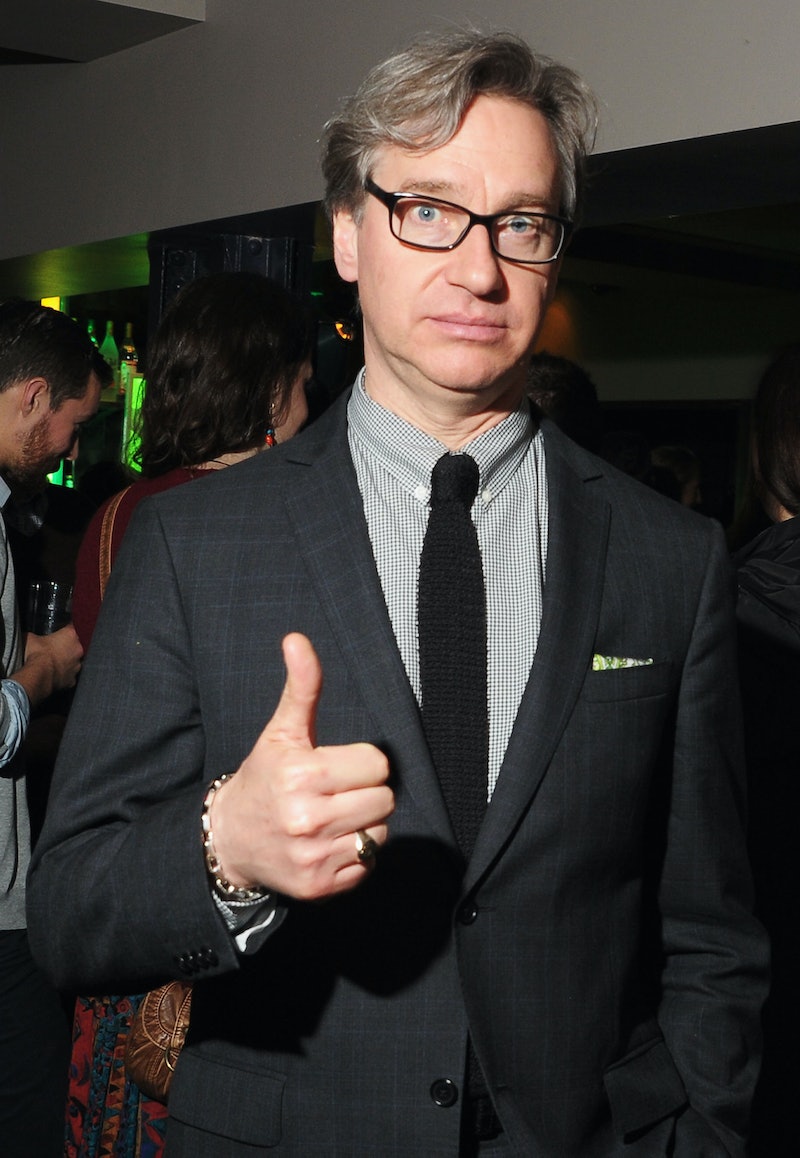 Paul Feig might not be one of the crime-fighting badasses he puts in his movies, but in our books, he's still a superhero. The Spy director, who's also responsible for bringing the feminist gems that were Bridesmaids and The Heat to life, is not only making an all-female Ghostbusters reboot, but he's also shooting down the sexist critics who complained that the remake was going to "ruin their childhoods."

"It’s so dramatic," Feig said in an interview with Variety. "Honestly, the only way I could ruin your childhood is if I got into a time machine and went back and made you an orphan.”

Feig described his surprise upon learning that many of the people who sent him hateful comments about his involvement in the reboot were not the bored, lonely teenagers he expected, but middle-aged men with real lives and families.

"You’re raising children and yet you’re bashing me about putting women in my movie?” said Feig.

Feig also discussed the feedback he heard shortly after the reboot announcement as "some of the most vile, misogynistic sh**" he'd ever heard in his life. He's not exaggerating; responses to the news that a female-led Ghostbusters was in the works went from the tame "do we really need this?" sort to the downright offensive "f--k women" variety.

Thankfully, not all of the response to the film was sexist; many of the reactions were "overwhelmingly positive," as Feig said, with critics and fans expressing their excitement over a feminist and diverse Ghostbusters and praising Sony and Feig for taking the initiative to cast women in such great, legendary roles.

Yet the celebration was short-lived when Sony announced recently that an all-male Ghostbusters film was in the works, as well. Many took issue with the studio's apparent need for "a male counterpart" to Feig's female-led film, as it sent the disconcerting message that Sony, and audiences, didn't feel comfortable having women represent the franchise and that Hollywood truly is a boys' club, after all.

Thankfully, Feig confirmed to Variety that he's taking no part in the male-led remake ("who knew there were so many ghosts to be busted in the world?") and is fully focused on his own Ghostbusters film.

“All I know is my ladies are going to kick ass and I would not want to go into battle with them,” he said.

Kudos to Feig for standing up for his female-led film and not apologizing or giving in to the critics. The director's feminism isn't a surprise, of course — Bridesmaids, The Heat, and the upcoming Spy have shown that Feig is all for supporting hilarious and talented women — but it's still refreshing to hear, especially when so many other filmmakers and actors continue to exhibit disappointing displays of sexism. There's Channing Tatum producing and starring in the all-male Ghostbusters, original Ghostbuster Ernie Hudson calling a female cast "a bad idea" — the list goes on and on. Thankfully, Feig is ignoring his critics and supporting feminism in a major way.

The female-led reboot won't be out for over a year, so there's still plenty of time before we get to see Kristen Wiig, Melissa McCarthy, Kate McKinnon and Leslie Jones kick butt on-screen. There is, however, Feig's equally feminist Spy to look forward to; the McCarthy-led film is coming out in just a few short months, and it should give fans the Feig/feminism fix that Hollywood's recent displays of sexism have shown we so desperately need.