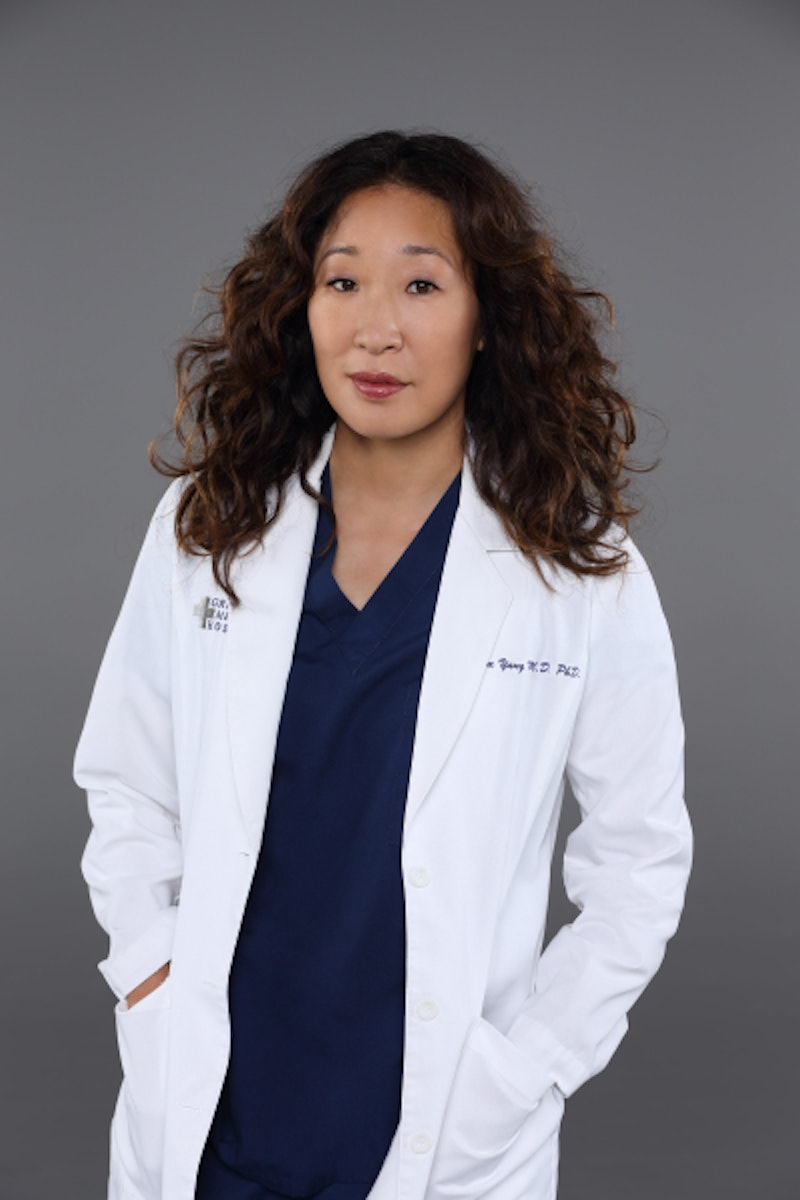 I can't be the only fan who embarked on Season 11 of Grey's Anatomy with mixed feelings. On the one hand, this was the start of the show's second decade on the air — an impressive milestone that deserves recognition. On the other hand, it would mark the first season of Grey's without fan-favorite character Cristina Yang. For 10 years, Cristina and protagonist Meredith Grey had been inseparable; their twisted-but-beautiful relationship was in many ways the core of the show... even more so than Meredith's relationship with her husband, Derek Shepherd.

Thankfully, Yang's absence didn't come as a surprise, since portrayer Sandra Oh announced her intention to leave the show early enough for Shonda Rhimes to craft her character a satisfying exit. (An exit that didn't involve a gunshot, plane crash, bus accident or cancer, thank god.) Cristina ended Season 10 by accepting an exciting opportunity at a state-of-the-art facility in Switzerland — a prospect that took her far enough away from Seattle to make it realistic that we wouldn't see her anymore, while simultaneously avoiding the bloody death scene that so many characters before her had succumbed to.

Would it be possible that Grey's Anatomy could still be any good without a large chunk of its heart and soul? Surprisingly, the show didn't merely survive Cristina's departure... it's actually been a really good season! Here are the 10 emotional stages you likely underwent while realizing that Season 11 of Grey's is actually doing okay without our favorite heart surgeon:

When the news broke that Oh would be leaving the show, chances are good that you immediately starting working your way through the stages of grief — starting with denial, anger, and bargaining... and working all the up to full-blown depression when you finally watched her drive off into the sunset, leaving Meredith and Grey Sloan Memorial Hospital behind.

Hopefully sometime during the summer, you moved on to the fifth stage of grief: acceptance. After many nights spent crying yourself to sleep on the floor of your bathroom (in your prom dress, perhaps), you finally picked yourself up and carried on with your life, acknowledging the fact that there was nothing you could do about Oh's decision to leave... but that life would somehow go on without her.

As the Season 11 premiere drew nearer, you were likely filled with great amounts of nervousness. Was there any way that Grey's Anatomy could possibly continue without Yang's confident presence? You had just managed to extricate yourself from the cycle of grief, and you weren't sure you were prepared to watch your beloved show crumble in Oh's absence.

But then you realized: "Hey! I'm a boss bitch and I'm not going to let the departure of a fictional character stop me from enjoying a show I've already devoted 10 years of my life to. I will watch Season 11, come hell or high water." And so you entered the new season with steely-eyed determination.

Like dangling a shiny piece of string or flashing a bright light in your eyes, the Grey's writers immediately started distracting you from Cristina's absence with new toys. New doctors! New half-sisters! Geena Davis! Baby drama! Calzona drama! MerDer drama! With so much going on and an ever-growing ensemble cast, it was often hard to find the time to actively miss Cristina.

"Wait... Am I actually enjoying Season 11?" While you were fully expecting to hate everything about post-Cristina Grey's, you find to your surprise that the show isn't actually half-bad this year. You remember that Grey's has always been an ensemble drama, and the loss of one character — even a character as essential as Cristina — isn't enough by itself to put the show on life support.

While you're glad that the show is doing well in Cristina's absence, you're appreciative whenever the characters make a reference to the departed doc. It would feel disingenuous to just ignore the gaping hole Dr. Yang left at the hospital (and in her colleagues' lives), and watching Meredith struggle with moving on in the wake of being abandoned by her "person" is cathartic since you're struggling with the same thing. It's not easy moving on from such a loss, and Meredith's varied methods of coping have been a highlight of the season.

Ah, what the heck. At this point, you might as well admit to yourself that you're addicted to Grey's Anatomy and you're gonna enjoy the heck out of it as long as it's on the air and nothing's ever gonna make you stop watching. (Unless Bailey leaves, too... All bets are off at that point.)

Your less-frequent but still-occasional bouts of depression are tempered by your steadfast belief that we'll see Cristina Yang again someday. Both Sandra Oh and Shonda Rhimes have expressed interest in catching up with Dr. Yang sometime before the series wraps, and so you live each week in the hope that this will be the week we get news of an impending Cristina cameo. Fingers crossed!

While you await news of Cristina's triumphant return, you rest assured in the fact that Grey's is still going strong. It would have been too much to lose your favorite character and your favorite medical soap in one fell swoop, so the fact that Grey's works without Oh is a good sign. Dr. Yang left an indelible legacy on the show, and it will undoubtedly never be the same without her. But just like Cristina wouldn't want her friends to fall apart without her, you're sure Oh wouldn't want you to lose faith in Grey's, either. And so you smile, dance it out, and keep watching... until the bitter end.