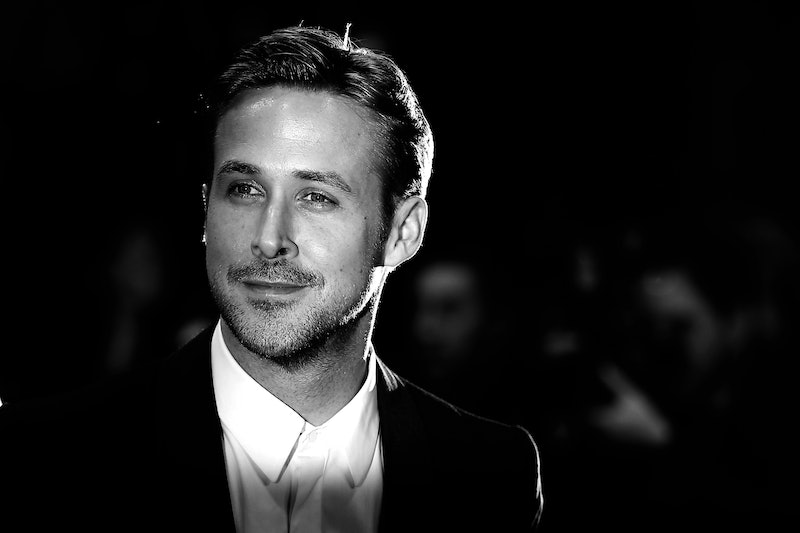 When you think of the countries that have been influenced by waves of feminist uprising, Canada is probably not the first place that comes to mind. Russia, yes; the United States, for sure; Afghanistan, Iran, India: check, check, check. Canada, on the other hand, hasn't spent a lot of time making headlines with its hotly engaged feminist movements. But it's not because feminism doesn't matter to Canadians, and it's not because we don't believe in the same rights and issues that feminists around the world are loudly advocating for — it's because we kinda already handled most of those issues. Sure, there's always more work to be done, but largely, Canada is a really fantastic place to be a woman.

Even though we don't do a lot of actual fighting for our rights these days, it doesn't mean that Canadian women have ever been shy to take up the fight when necessary. Take a closer look at Canada’s history and you’ll see that from its inception, women have been tireless challengers to the status quo. From Laura Secord to Avril Lavigne, Canadian women have been breaking out of their social bondage for generations and generations, fighting for equal rights and freedoms for all women. But even all of that, as great as it is, is not what makes Canada so wonderfully feminist, and so truly supportive of women's rights and choices. In the end, it’s our society’s ability to acknowledge the struggle of women, to acknowledge the inequalities and unawarded freedoms, and then change the things that need changing. When it comes to doing right by women, Canada doesn't just talk a big game — this country has been delivering real progress for generations.

One of the benefits of being a relatively young country is that Canadian women don’t have centuries of ingrained oppression and marginalization to overcome – our women began to shape expectations from the moment our country was born, and they’ve never stopped. So while things aren’t perfect up here in the Great White North, they're pretty damn good. Here are nine reasons why it’s great to be a woman in Canada. (After all, the beaver is our national animal.)

Our right to choose is a non-issue

This might surprise you, but abortion is not legal in Canada — but it’s also not illegal. Abortion, and a woman’s right to choose to have one, falls into a legal and political grey area in Canada. It was first legalized in 1969 after then-Prime Minister Pierre Trudeau’s issued his famous decree that, “The state has no business in the bedrooms of the nation.” That law was actually thrown out in 1988, because its limitations were found to violate a woman’s constitutional rights. No law replaced it, thus, there is simply no broad laws directly addressing abortion in Canada whatsoever. So while access and funding remain concerns (hey, it's not a perfect world up here), even our most conservative Prime Ministers won’t touch the issue.

While parents in the US struggle with relatively meager parental leave policies when they have a baby, women in Canada have it a hell of a lot easier. There are two parts to Canada’s favorable parental policy: a leave portion, and a benefit portion. The leave portion itself has two parts also: 15 weeks that can be taken by a pregnant woman or new mother, plus 35 additional weeks that can be split between either parent after a birth or adoption. The benefit portion entitles the parent on leave to an income commensurate to 55% of the salary, up to $485 per week. Low-income families may be topped up by the government to the $485 cap, and many employers offer additional top-ups to retain their employee after that really, really lovely year with their infant. (P.S. That hospital stay is covered by national health care, and if you want a midwife instead of a doctor, that's covered in most provinces as well. Yeah, I know, that's a lot of awesome to digest.)

The implications of all of this, from a "good for women" standpoint? It makes the prospect of adding children to your life a lot less terrifying in terms of potentially derailing your career. It's all about giving actual, tangible support for women's choices: Choose to have a baby? Cool, here are some ways the government has set you up so that doing so doesn't ruin you financially and professionally, AND allows for your non-birthing partner to take some time off too.

Our babies can eat wherever they are hungry

Canada isn't nearly as freaked out by boobs-in-action as the US tends to be. Breastfeeding is not only common in Canada, but it's highly normalized. This is just another one of the trickle-down benefits of Canada’s generous maternity leave policy and the subsequent ability for mothers to be with their infants full-time for a year; Since it's easier for new mothers to take time off work without dire consequences, they're more likely to breastfeed, and to do so for longer, which means more ta-tas out in public, doing their thing. In fact, breastfeeding is not just normalized — it’s protected in the Canadian Charter of Rights and Freedoms, and in every province’s and territory’s individual Human Rights Code. And if you’re thinking of asking a breastfeeding woman to cover up in Canada, don’t bother – Canadians are afforded many rights, but telling a woman what to do with her body isn’t one of them.

Our writers know how to use their words

Oh, also, we have Margaret Atwood. So there's that. Canada's most successful living writer is also our most outspoken, influential feminist. Margaret Atwood regularly tackles themes like women’s reproductive freedom, aboriginal women’s rights, the wage gap, and the banality of the fashion industry, utilizing both scathing wit and an unapologetic candor, whether she’s offering us a 400-page bestseller, or a 140-character tweet. And while Peggy may be literature’s feminist doyenne, she is one the leader of a formidable pack of writers that includes Dionne Brand, Sheila Heti, and Ann-Marie MacDonald. You should check them out.

Our glass ceilings have been shattered

While the question of whether the United States will be able to tolerate a woman as leader of the nation is once again being debated, Canada quietly overcame that milestone more than twenty years ago. Kim Campbell may only have been Prime Minister for six months after Brian Mulroney’s retirement from politics in 1993, but she’s far from being a footnote in Canadian history: Her reign ended when the Liberals took over in a landslide victory during the November 1993 election, but most agree that Campbell was not to blame for the loss. Even the tabloid-esque media didn't bother suggesting that Cambell’s short career as PM had anything to do with her being a woman. Yes, it’s been more than two decades and we haven’t had another female PM, but it’s only a matter of time. A broken glass ceiling is easier to get through, even if you take your time doing so.

Nobody cares if you are gay

Gay marriage is legal in Canada, and has been for over a decade now. Let's talk specifically about Kathleen Wynne, the Premier of Ontario, who makes this list for two noteworthy reasons: First, she is gay. Second, nobody in Canada really cares that the Premier of Ontario is gay. In fact, when a Conservative Member of Provincial Parliament recently made a veiled suggestion that Wynne’s sexual orientation disqualified her from introducing an updated sex-ed curriculum in schools, the MPP’s own party made haste to distance itself from the comments. Why? Because in Canada, discrimination of any kind based on sexual orientation is prohibited under the Canadian Human Rights Act and every individual province’s and territory’s human rights legislation. (We see you, Indiana.)

We don’t have a feminist celebrity icon

When an outspoken member of the Canadian media lamented the fact that Canada can’t build a feminist celebrity icon, the response was decidedly Canadian, and decidedly feminist. The eruption was swift, and under a flurry of hashtags, Canadian tweeters acknowledged the hard, silent work of their fellow feminists. Sure, Britain has Caitlan Moran. The US has Amy Poehler, Tina Fey, Roxane Gay, Lena Dunham, and Beyoncé. But we have the quiet dedication of millions of people who strive to make the world a better place for women. And, Hey Girl, don’t forget that everybody’s favorite internet meme features, yep, a Canadian.

Our marriage equality laws are celebrating their tenth anniversary

Officially, Canada was the fourth country in the world to legalize gay marriage in 2005, but, thanks to a provincial law already on the books in Ontario, Canada actually performed the first governmentally-legitimized same-sex marriage in the world back in 2001. There may still be some who are opposed to same-sex matrimony, but every time a challenge to the law has come up, it has been struck back down. Oh, and it’s not just married couples who are all awarded the exact same rights regardless of sexual orientation; if any couple, LGBTQ or cis, chooses a common-law arrangement, they get — you guessed it — full acknowledgement, rights, and equality.

Our suffragettes are national heroes

Canada’s first-wave feminists were formidable opponents of early-twentieth century status quo. Closely watched by the men, they held subversive tea parties for their lady friends where they discussed things like overthrowing the entire Canadian legal system, while they ate cucumber sandwiches. Nellie McClung was instrumental in getting women the vote, and together with Emily Murphy, Henrietta Muir Edwards, Louise McKinney, and Irene Parlby, made up the “Famous Five”. These were the women who petitioned Canada’s highest courts until women were declared individual persons under the law, and so entitled to hold government offices. And how do these women remain icons in Canadian feminist lore? We can thank another Canadian institution, Heritage Minutes, a series of short commercial films celebrating significant moments in our nation’s history that have run on Canadian television for decades. Pretty cool for propaganda.