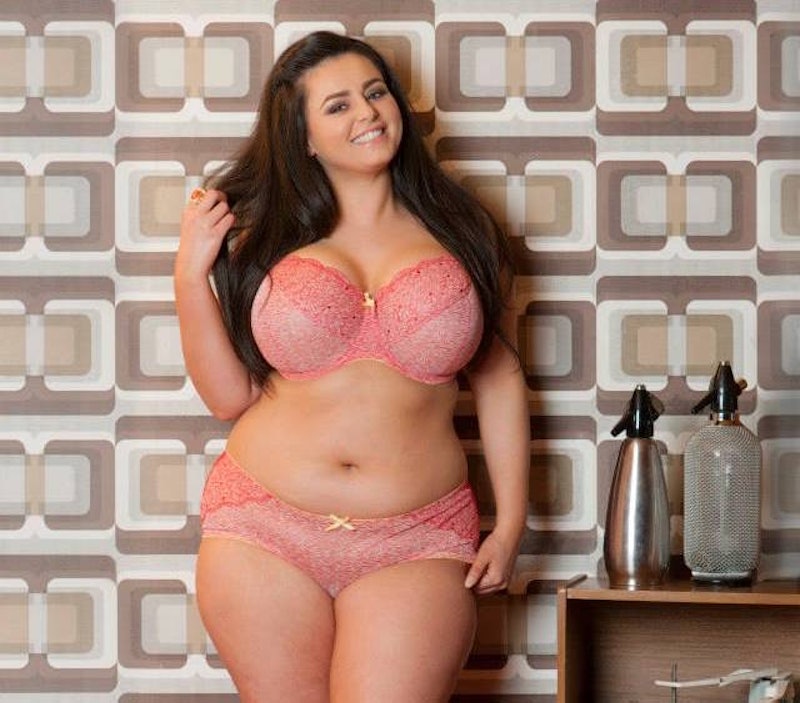 Since last fall, we've been hearing about a certain imperfect advertisement quite regularly — an ad that tried to define "perfection" in a pretty uncomfortable and linear way: "The Perfect Body" ad by Victoria's Secret. In the months since, the lingerie giant has been petitioned to broaden its size range, with the ultimate goal of serving more women, spreading awareness of and the necessity for the size acceptance movement, and ensuring that advertisements that proclaim the existence of perfection, in any shape or form, no longer exist. (It should be noted that VS did drop the "Perfect Body" slogan, replacing it with, "A Body For Every Body.")

Body positive retailers have also used the unfortunate VS ad as fuel for campaigns and reenactments of the problematic VS imagery. Dear Kate (known for its size inclusivity and period panties) recreated "The Perfect Body" ad using women of all sizes and showing the beauty in overall diversity. Lane Bryant launched the #ImNoAngel campaign, featuring plus-size models unafraid of demonstrating pride in their bodies, despite those bodies not fitting with the traditional "VS Angel" mold. And now U.K.-based lingerie company Curvy Kate has put their own version of "The Perfect Body" ad out into the world, too. (Victoria's Secret has yet to respond to Bustle's request for comment.)

Curvy Kate has been prominent in the U.K. body positive scene since 2009, when it began offering bras in D-F cups specifically for fuller-busted women — women who the lingerie industry has, on more than one occasion, ignored. So it's not 100 percent surprising that the brand has taken an opportunity to showcase said positivism.

Even within the spectrum of efforts in body positivity or size inclusivity, proponents of the movements can sometimes fall a little short (no one's actually perfect, after all). The #ImNoAngel campaign, for instance, has been criticized for using models all, generally, of the same size (even if that size classes as "plus"). And for allegedly coming across as exclusionary or shaming of women who are of more "Angel"-esque proportions. But like Dear Kate's rendition of "The Perfect Body" ad before it, Curvy Kate's version is actually quite diverse.

The women in this recreation are both thin and fuller-figured. Despite them all being in the same beige lingerie set, a sense of individuality radiates from each and every one. They are diverse in everything from their heights to their hair colors to their skin tones. And they ultimately spread the message that there is no one definition of "perfection."

These are the kinds of ads we need more of — ones that proclaim the need for size inclusivity whilst actually being size inclusive. Yes, plus-size women have been especially marginalized by the fashion industry, the media and the average Joe for many, many years. But the response to that marginalization is not to marginalize other women, just because they have been the ones more accepted by the masses in the past.