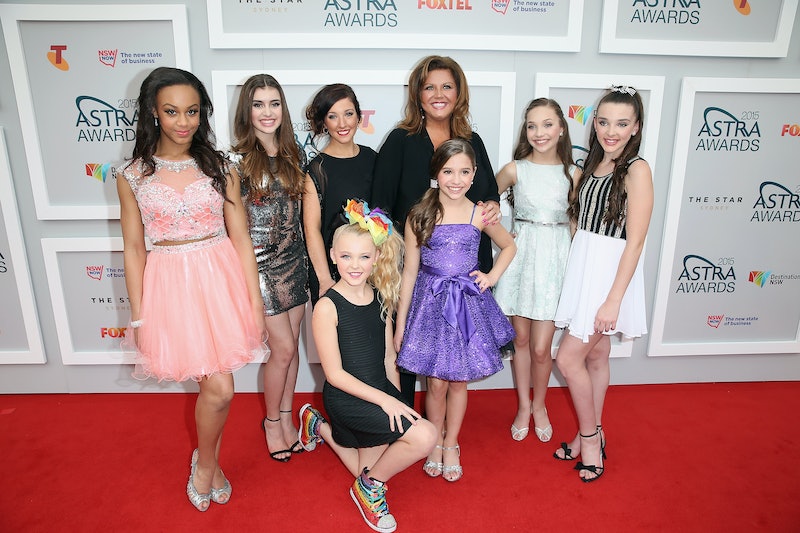 Ah, Dance Moms. How do I even being to explain Dance Moms? The reality series is all about the terrifying Abby Lee Miller. It's shown us that pre-teens can produce more beautiful dance routines than magical ballerina angels. It's led to spinoff docuseries and served as a jumping-off point for the burgeoning careers of several of the girls, including Sia's mini-me Maddie Ziegler. But after five seasons, Dance Moms' ratings are plummeting fast, leaving all of the show's fans with one lingering question: Will Dance Moms be renewed for Season 6?

The sad truth of the matter is that things aren't looking so good for the ALDC's future on television. While this Tuesday night's episode is the midseason finale, meaning there will be more episodes of this season, anything beyond that is uncertain. According to the show's IMDB page, the next installments set to air after this week's midseason finale are a few special episodes set in Australia. Interesting enough, The Daily Telegraph reported that Miller said "maybe Season 6 will be an Australian Dance Moms ." Perhaps these specials are testing the waters for a potential spinoff, or revamped sixth season. Abby Lee Miller facing off against some kangaroos and teaching koala bears to dance? I mean, I'm not saying I wouldn't watch that, but I think they'd be just as interested in her company as Cathy Nesbitt-Stein and Vivi-Anne are.

But maybe it's for the best. I mean, Abby already lost some of her best dancers when Paige and Brooke Hyland and Chloe Lukasiak hit the road. Plus, Kendall Vertes and Nia Frazier are each pursuing their individual music careers, while Maddie Ziegler doesn't even need to pretend to need Abby anymore, and quite frankly, nobody deserves to be treated the way Abby treats people.