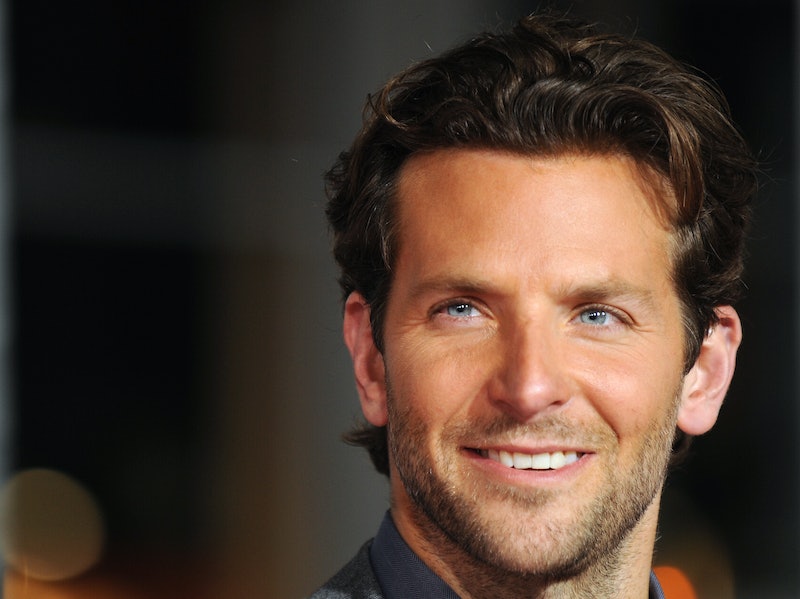 That sound you just heard was a million remote controls simultaneously setting their DVRs to "record." At today's upfronts, it was CBS's turn to unveil their new Fall 2015 lineup after NBC, FOX, and ABC made their announcements over the past three days. By far the most shocking scoop revealed by the Eye Network was that three-time Academy Award nominee Bradley Cooper will recur in their new drama Limitless , beaming the Sexiest Man Alive directly into your living room this fall.

If Bradley Cooper and Limitless sounds like a familiar combination, that's because the actor starred in the film on which the CBS show is based. The 2011 thriller starred the budding celebrity as a struggling author whose mind is expanded by an experimental drug called NZT-48. It also starred Robert De Niro as a power-hungry business tycoon. While Cooper was just breaking into mainstream consciousness after the 2009 release of The Hangover, the four years since Limitless premiered have seen Cooper's career explode... and now he and his immense star power are headed for the small screen. Any way you slice it, that's a major coup for CBS.

Here are seven reasons you should be pumped about this news.

People Magazine bestowed that title upon Cooper in 2011, the year that Limitless came out (and two years after his star-making turn in The Hangover). The "sexiest men" in the three years since have been Channing Tatum, Adam Levine, and Chris Hemsworth — all worthy candidates, but none of whom can compete with Cooper when it comes to the combination of both mass appeal and critical prestige.

Speaking of that critical prestige, Cooper made Oscar history earlier this year with his nomination for Clint Eastwood's American Sniper. It was the third year in a row he'd been nominated for an Academy Award, following his roles in American Hustle and Silver Linings Playbook. Only nine other actors in history have achieved this three-peat milestone, including the legendary likes of Marlon Brando, Richard Burton, Jack Nicholson, Al Pacino, and Gregory Peck. (He's also currently up for a Tony Award for his role in the Broadway revival of The Elephant Man.)

3. The Movie Was Great

Nobody really expected Limitless to be great. It was directed by Neil Burger, who had only three previous credits to his name, the most famous of which was 2006's Prestige-esque also-ran The Illusionist. Cooper was hot off The Hangover, but far from a household name yet. It had a hammy B-movie plot about a mind-expanding drug. And yet, it somehow turned out better than the sum of its parts, pleasing audiences and critics alike. (It landed at a Fresh 70 percent on RottenTomatoes.com and easily made back its modest $27 million budget with an $80 million domestic gross.)

Limitless isn't the only small screen version of a big screen film hitting the airwaves this season — CBS also has an adaptation of Rush Hour debuting at midseason and FOX is going back to the future with Minority Report — but it's probably the most promising, given Cooper's involvement. Thankfully, Limitless isn't a reboot of the film's plot, but will in fact spin off from the source material. (With a procedural twist, 'natch; this is CBS we're talking about.) Here's the officially summary:

LIMITLESS, based on the feature film, is a fast-paced drama about Brian Finch, who discovers the brain-boosting power of the mysterious drug NZT and is coerced by the FBI into using his extraordinary cognitive abilities to solve complex cases for them. [...] Unbeknownst to the FBI, Brian also has a clandestine relationship with Senator Edward Morra (Academy Award nominee Bradley Cooper, recurring), a presidential hopeful and regular user of NZT who has plans of his own for his new protégé.

While Cooper has previously guest starred on the likes of Sex And The City, Law & Order: SVU, and Nip/Tuck, his only regular television roles have been on The WB's 2004 one-season wonder Jack & Bobby, on FOX's Kitchen Confidential (which lasted for only four episodes in 2005), and on ABC's Alias. Cooper played handsome reporter/friend/love interest Will Tippin in the first two seasons of that early J.J. Abrams project before his character was put into witness protection at the beginning of Season 3. Now that Cooper is headed back to TV, it's imperative that we all re-watch the first two seasons of Alias. (As if I need a reason to revisit Sydney Bristow and her plethora of horrible wigs, you guys.)

6. It's Not The Only TV Show He'll Be On This Year

Before CBS pulls back the curtain on Limitless this fall, you'll be able to catch Cooper on another show this summer: Netflix's Wet Hot American Summer: First Day Of Camp , a prequel to the 2001 cult comedy (which was also Cooper's feature film debut). Cooper will reprise his role as gay camp counselor Benji alongside an embarrassment of comedic riches including original cast members Amy Poehler, Paul Rudd, Elizabeth Banks, David Hyde Pierce, and Molly Shannon, and newcomers Jon Hamm, Kristen Wiig, Chris Pine, and Jason Schwartzman. All eight episodes of First Day Of Camp will drop on July 17. (Here's hoping for a reprise of this steamy tool shed hookup between Cooper and Michael Ian Black.)

Did I mention that already? Well, it bears repeating.