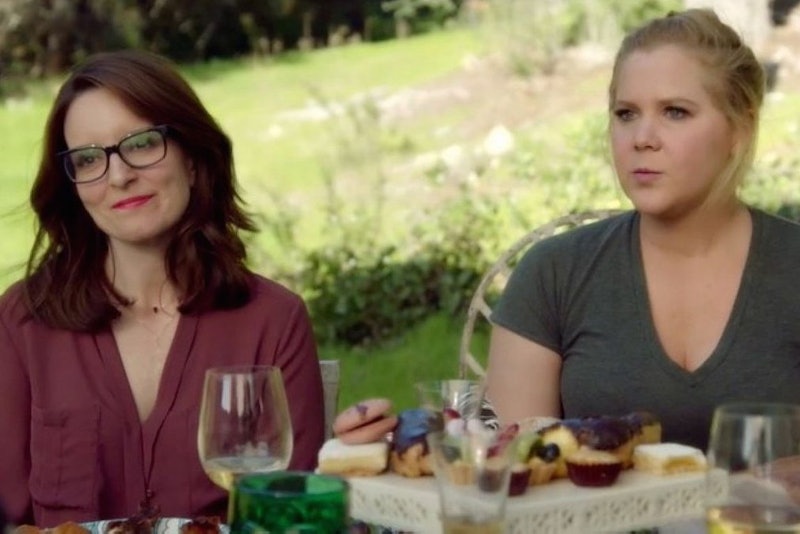 Some celebrities — like Dennis Quaid and Paul Giamatti — have appeared on the series once, before coming back for more. Others — like Wyatt Cenac or Jeff Goldblum — have dropped by for a memorable sketch, before disappearing from the show forever. More recently, Tina Fey, Julia Louis-Dreyfus, and Patricia Arquette all appeared in the same sketch for four minutes of total bliss and the clip of it nearly broke the Internet! The amount of celebrity appearances has definitely increased, but there have actually been some pretty fantastic guests throughout the show's history. Remember when Chrissy Teigen played Amy's unbelievably attractive couples therapist, or when Kathy Najimy played her technologically-challenged psychologist? (If you haven't noticed, this show does an awful lot of sketches about therapy...)

Here are the best and the brightest of Inside Amy Schumer's celebrity guests. Fingers crossed for more Tina Fey!

One of the best things about Inside Amy Schumer is its depiction of men as sex-obsessed goofs. Braff was totally game to look like an idiot, and it totally paid off!

If you've ever worked in a restaurant, you'll agree that Schumer and Posey play the "neurotic restaurant diners with a food allergy"-type with uncanny accuracy.

Seriously, it's hilarious. Schumer is the butt of the joke in this sketch, but it's painfully funny.

If I've said it once, I'll say it again — Kathy Najimy should be in everything. Anybody who has ever tried to teach their parents how to do anything on a computer will really understand this brilliant sketch.

So far on Inside Amy Schumer, Paul Giamatti has played God, and one of the 12 angry jurors in the epic 12 Angry Men parody from earlier this season — and both times Amy Schumer has made out with him.

Amber Tamblyn can do no wrong in my eyes! While you may have seen her recently in the "Milk, Milk Lemonade" video alongside Jemima Kirke, she was also in Season 1! In fact, Amy made out with her, too.

More like this
What’s New On Netflix: 'Never Have I Ever' & 'Indian Matchmaking' Return
By Arya Roshanian
Everything To Know About The HBO Max & Discovery+ Streaming Service Merger
By Brad Witter
What’s New On Netflix: 'Bridget Jones’s Diary' & 'Monster-in-Law'
By Arya Roshanian
Everything To Know About 'RHONJ' Season 13
By Brad Witter and Jake Viswanath
Get Even More From Bustle — Sign Up For The Newsletter